By Wang Heyan and Mo Yelin 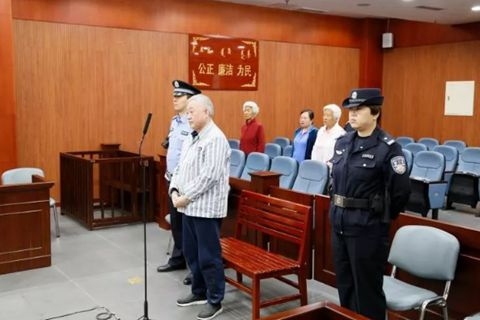 The former head of one of the country’s largest state-owned steel companies was sentenced in September to 18 years in prison for taking bribes of more 23 million yuan ($3.3 million), according to newly released court documents.

Cui Chen, 67, the former chairman of Baotou Iron and Steel Group Co. Ltd. in the resource-rich Mongolia Autonomous Region in Northern China and a former official at one of the region’s economic planning agencies, was also the owner of various properties worth more than 57 million yuan, according to a court document released by China Judgments Online. Cui took advantage of his positions as a top corporate executive and government official to solicit bribes and illegally accumulate large property holdings, according to the document.

Cui joined Baotou Steel in 1975 and rose to the top jobs at the firm in 2007, when he was named chairman. In 2010, he left Baotou Steel to join the Department of Industry and Information, serving as deputy director of the agency before he retired in 2012.

Founded in 1954, Baotou Steel is one of Inner Mongolia’s largest industrial conglomerates, controlling vast quantities of raw materials used in steel production and other industrial activities. As of December this year, the company held 1.14 billion tons of iron ore and 1.93 billion tons of coal.

Baotou Steel made headlines in 2007 when it announced it would acquire Huamei Rare Earth High-tech Co. Ltd., which mines and processes highly sought after rare earth products used in hi-tech applications from smartphones to electric vehicles. It was this deal that became the major focus in Cui’s case. Cui was accused of taking bribes from Huamei founder Ma Yongmao in exchange for benefits in the takeover deal.

In 2005, Ma purchased an apartment in Beijing worth 3 million yuan and registered it under Cui’s wife name, according to the court document. Among other bribes that Ma gave to Cui: a watch worth at 445,000 yuan and a car worth 1.43 million yuan.

Ma was detained in 2016, two years before Cui was revealed to be under official investigation. Though there has been no official news about Ma since then, a source close to his family told Caixin that he has been sentenced to jail for giving bribes.

Cui is just the latest senior official in Inner Mongolia to be brought down by a sweeping anti-graft crackdown in the past several years. More than a dozen senior officials in the region have either been probed or turned themselves in.

In 2017, an investigation began into Zhou Bingli, Cui’s successor at Baotou Steel. In August this year he was sentenced to 11 years in jail for taking bribes and abuse of power.