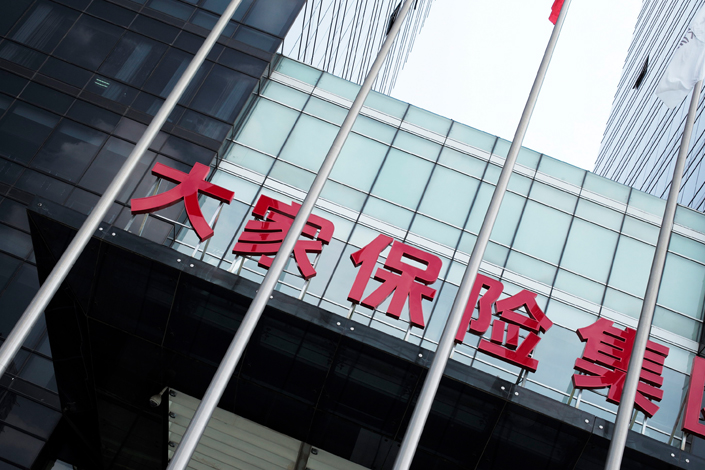 The sale is part of efforts by China’s insurance regulator to dismantle Anbang.

Anbang Insurance Group Co. Ltd. has put its 55.5% stake in a rural bank up for sale, Caixin has learned, as China’s insurance regulator continues to sell off the fallen financial giant’s assets.

Anbang plans to sell its 5.55 billion shares, including those held by related companies, in Chengdu Rural Commercial Bank Co. Ltd. for nearly 26.2 billion yuan ($3.8 billion), according to a post (link in Chinese) published Monday on the Beijing Financial Assets Exchange (BFAE). The post shows that Anbang is selling 3.5 billion of its own shares. The remaining 2.05 billion shares, put up for sale by Anbang’s regulatory restructuring team and owned by 10 other shareholders, are actually controlled by Anbang, sources told Caixin.

The sale is part of efforts by China’s insurance regulator to dismantle Anbang. It has been systematically selling off the company’s assets since taking over the indebted, scandal-ridden conglomerate in February 2018. The regulator has vowed to dispose of unnecessary financial licenses held by Anbang that don’t do much to augment its core insurance business. In May 2018, Anbang’s founder Wu Xiaohui was sentenced to 18 years in prison for fundraising fraud and embezzlement.

Chengdu Xingcheng Investment Group Co. Ltd., an investment vehicle controlled by the government of the southwestern city of Chengdu, is expected to lead the acquisition of Anbang’s 35% stake in Chengdu Rural Commercial Bank, Caixin previously reported.

Last year, Anbang tried to sell its 35% stake in the bank for 16.8 billion yuan, but failed to reach a deal.

At the end of September, Chengdu Rural Commercial Bank had 550 billion yuan in total assets and 43.3 billion yuan in net assets, according to the BFAE post , which cited the bank’s audited financial statements.