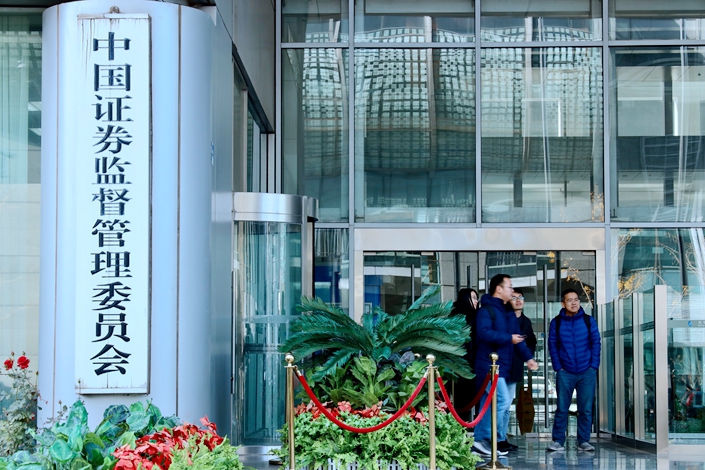 Since September 2018, more than a dozen executives from Fuxing and affiliates have been taken into custody by Shanghai police over the case.

The securities regulator has punished two former executives from a Shanghai-based private fund conglomerate with lifetime bans from the securities markets for their role in a fraud that cost investors billions of yuan.

The punishment is the latest move by authorities in a case that revealed brewing risks in China’s young, booming private fund sector, which has been plagued by shady practices that exploit legal loopholes.

The CSRC also banned five other former managers of the company from participating in the securities market over the next three or 10 years for their involvement in the scandal.

The CSRC found that the 160 privately offered funds that Fuxing controlled had raised 36.8 billion yuan from investors over a roughly six-year period starting in 2012.

However, most of the money did not end up being invested in the projects described in the firm’s contracts with investors. Instead, it was funneled through Fuxing’s affiliated companies into accounts that the CSRC referred to as “pools of funds,” which executives then tapped for other uses, including their personal use.

Since September 2018, more than a dozen executives from Fuxing and affiliates have been taken into custody by Shanghai police over the case. In August 2018, Zhu was arrested abroad and brought back after he fled.

Many investors have not gotten their money back. Caixin learned last year that auditors had found that the company and its subsidiaries had about 20 billion yuan of assets on their books, but more than 40 billion yuan of unpaid debts.

The CSRC’s punishment of the former Fuxing executives is an administrative one. The criminal cases against some of them are still ongoing.