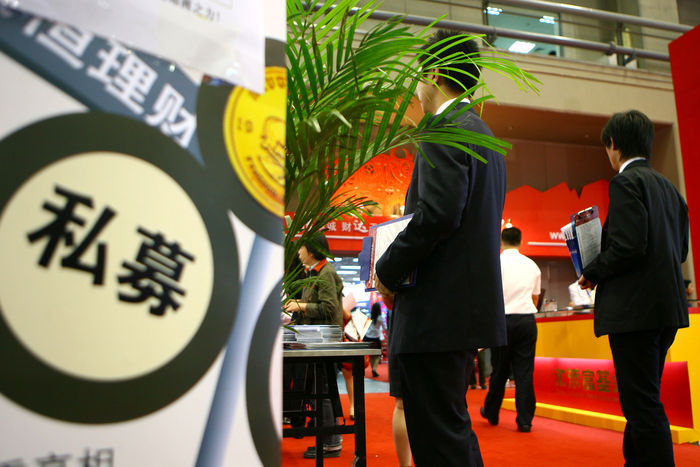 Scandal-ridden conglomerate Fuxing Group received another blow as the industry regulator revoked the business licenses of its private fund affiliates and banned former executives from working in the industry as part of a campaign to clean up market irregularities.

The Asset Management Association of China, a self-regulatory organization of fund management companies, issued a penalty order Wednesday over allegations including billions of dollars of embezzlement and illegal marketing and business practices. The association said about 36.6 billion yuan ($5.3 billion) of funds raised by Fuxing were embezzled, including 669 million yuan for executives’ personal use, causing massive losses for investors.

The association’s order revokes the qualifications of two Fuxing-affiliated companies to run private fund management businesses. The association also slapped lifetime bans from the fund market on Zhu Yidong, former chairman of Fuxing Group, and ex-President Zhao Zhuoquan. Five other former managers of Fuxing Group were banned over the next three or 10 years for their involvement in the company’s violations, the Asset Management Association said.

The CSRC, China’s top securities regulator, also banned Zhu and Zhao from entering the securities market for life, according to a statement last week.

Fuxing, which ran a massive web of affiliated companies and privately offered funds, lies at the center of a financial scandal that since mid-2018 has become one of the biggest crises ever to hit China’s private fund industry. The case shed light on the brewing risks in China’s booming private fund sector as fund managers exploited legal loopholes to tap risky businesses with clients’ funds.

The CSRC found that the 160 privately offered funds managed by Fuxing affiliates had raised 36.8 billion yuan from investors over roughly six years starting in 2012.

However, most of the money did not end up invested in the projects described in the company’s contracts with investors. Instead, it was funneled through Fuxing’s affiliated companies into accounts that the CSRC referred to as “pools of funds,” which executives then tapped for other purposes, including their personal use.

Since September 2018, more than a dozen executives from Fuxing and affiliates were taken into custody by Shanghai police over the case. In August 2018, Zhu was arrested abroad and brought back after he fled.