What the Phase One Trade Deal Means for Financial Services 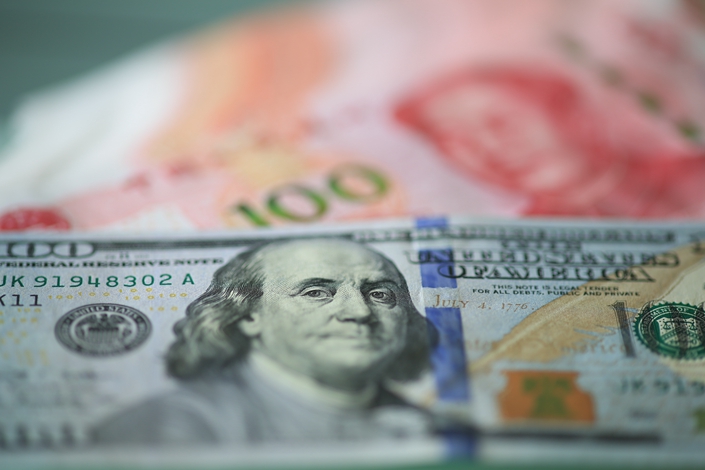 In the first phase of the phase one trade agreement between China and the United States, the two sides stressed the importance of respecting each other's monetary policy autonomy and maintaining a market-determined exchange rate system.

Trade and tariffs grabbed most of the headlines from the phase one trade agreement signed by President Donald Trump and China’s Vice Premier Liu He on Wednesday in Washington. But U.S. banks and financial services companies have also benefited, with Beijing pledging to reduce barriers to entry and speed up approvals of applications for business licenses.

China pledged back in November 2017 to open its financial services markets further to foreign companies and accelerated its original timetable last year, and the phase one agreement pledges to further speed up access and relax requirements for some firms that want to enter or expand their operations in the country. Among the sectors to benefit are banking, credit ratings, electronic payments, financial asset management, insurance, fund management, securities and futures.

One of the key complaints of foreign institutions trying to enter or expand in the Chinese market is the length of time it takes to get their applications approved. In the agreement, the Chinese side promised to carry out its reviews in a more timely manner.

For companies seeking a license to conduct securities investment fund custody business, China promised to “review and approve qualified applications by U.S. financial institutions … on an expeditious basis.” It also committed to allow branches of U.S. financial institutions to provide securities investment fund custody services within five months after the phase one deal goes into effect.

The Chinese side agreed to review and approve any pending license applications of U.S. credit ratings companies within three months of the enforcement of the deal, a move that was welcomed by Fitch Ratings, one of two global ratings companies that have set up wholly foreign-owned entities but are still waiting for a license to operate.

“We applaud the efforts by China to open up its markets by allowing U.S. ratings firms to rate Chinese domestic debt. Fitch Group is committed to supporting the development and internationalization of China’s capital markets,” Paul Taylor, Fitch Group’s CEO, said in a statement Wednesday.

New York-listed S&P Global Ratings Inc. was the first ratings firm to be allowed to operate in China through a wholly owned subsidiary in January 2019, while Fitch and Moody’s Corp. are still waiting for approval of their license applications. S&P issued its first rating in July and has so far given a total of four issuer credit ratings.

In terms of the electronic payments sector, China promised to accept applications from U.S. companies seeking to operate independently as service providers and allow them to begin preparatory work within five working days of submitting their application. It also agreed to make a determination on the application within 90 working days of its acceptance and to give an explanation of any adverse decision. Once a company has notified the authorities it has completed its preparatory work, China will make a decision on its application within a month.

Mastercard Inc., Visa Inc. and American Express Co. have been waiting years to gain entry to China to conduct payment processing and clearing. In June 2015, China allowed foreign bank-card clearing providers to obtain licenses by setting up units or acquiring a local company, but progress has been painfully slow. The People’s Bank of China only accepted an application by American Express to start a bank-card clearing business this month.

The agreement touched on improved market access for U.S. insurers and securities firms, with China pledging to remove the foreign equity cap in the life, pensions and health insurance sectors no later than April 1 this year. It also agreed to remove by that date any limits on the type of business U.S. insurance companies can conduct, scrap any regulations and processes that discriminate against them and to “expeditiously” approve any application by a U.S. firm to supply insurance services.

But the phase one agreement wasn’t all one-way. The U.S., in turn, said it acknowledged current pending requests by Chinese institutions, including state-owned CITIC Group, for access to the American market, and affirmed that such requests would be considered “expeditiously.” It also said it would apply “non-discriminatory treatment” to Chinese electronic payment service suppliers, including state-owned monopoly China UnionPay and said pending requests by Chinese insurers, including China Reinsurance Group, to do business in the U.S. would be considered “expeditiously.”