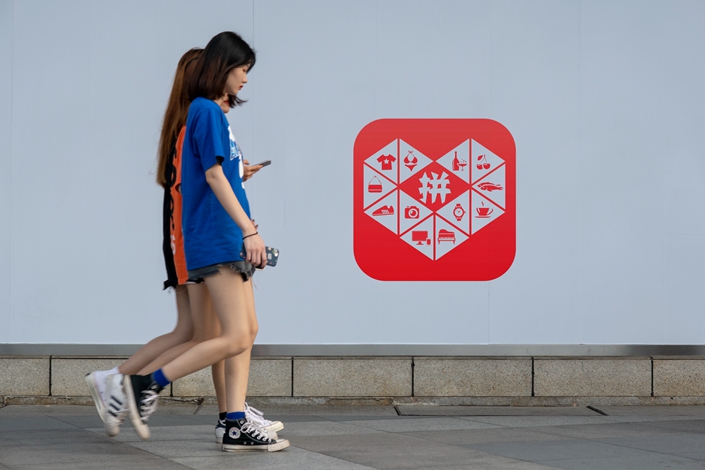 The China-U.S. trade agreement contains a provision for e-commerce platforms that repeatedly fail to curb the sale of counterfeit goods.

As part of the China-U.S. phase one trade deal signed Wednesday, Beijing committed to fighting counterfeiting on e-commerce platforms, an issue that Washington has repeatedly criticized Chinese firms over.

According to the agreement, the countries will “jointly and individually combat infringement and counterfeiting in the e-commerce market” in part by making legitimate content available and punishing platforms that break the rules.

China was famous for its knockoff goods for much of the 1990s and early 2000s at a time when the country was transforming to a more market-oriented economy and Beijing paid relatively little attention to matters like intellectual property protection. But as China’s economy enters a new phase of growth that relies more heavily on such protections, Beijing and many of the country’s larger corporations have begun to put more emphasis on stamping out intellectual property theft.

Under the deal, China commits to enforcing the rapid takedown of fakes from online markets, as well as making it easier for copyright-holders to file complaints and punishing platforms who repeatedly fail to tackle this issue by revoking their operation licenses.

A lawyer who specializes in e-commerce told Caixin that China’s commitments in the deal do not differ much from its existing domestic rules, but might provide further pressure for e-commerce platforms to curb copyright infringement. They said the main emphasis should now be on effective implementation.

Chinese e-commerce platforms have been repeatedly targeted by the U.S. trade authorities for failing to take action on counterfeits.

While the USTR list acknowledged Taobao’s efforts to combat the problem, it said that “right holders … continue to report high volumes of infringing products and problems with using takedown procedures” on Taobao.

Pinduoduo, the country’s No. 3 e-commerce platform, was a new inclusion on last year’s USTR list. The marketplace, which primarily targets customers in rural areas and smaller cities, relies on a “catalogue of improbably low-priced goods” many of which take advantage of “loopholes in Chinese trademark law,” according to the USTR list.

Pinduoduo’s shares fell below its IPO price soon after its July 2018 Nasdaq debut after news the Chinese authorities would launch an investigation into counterfeiting on the platform, though the price has since recovered.

Pinduoduo and Alibaba both declined to comment on the phase one trade deal. JD.com Inc., China’s No. 2 e-commerce platform, said the agreement will not have a significant impact on their international business.