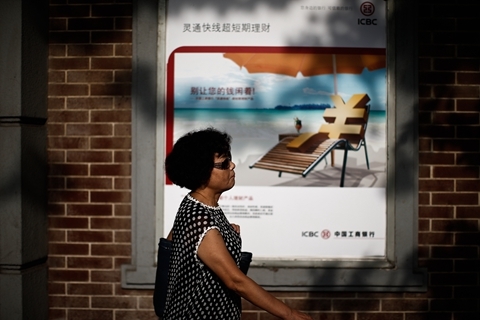 They are joining a rush by leading global asset managers to expand in China as the country steps up the opening of its $45 trillion financial market. These financial powerhouses aim to tap the $13 trillion of investable assets held by Chinese households. The Sino-U.S. trade deal may further fuel the foray.

Goldman Sachs is talking with the wealth management unit of Industrial and Commercial Bank of China (ICBC), the country’s largest lender, to set up a new wealth-management joint venture in which the American giant is seeking 51% ownership, a person close to the matter told Caixin. The discussions are still at a “very initial stage,” said the person, speaking in condition of anonymity.

The parties have entered a nonbinding agreement in which the foreign investors will hold a 60% stake in the new unit, a person close to the matter told Caixin. No timetable has been set for the partnership, and any deal will be subject to regulatory approval, the person said.

The phase one trade deal signed by the United States and China to pause the nearly two-year trade war reaffirmed China’s moves to grant greater access to foreign financial institutions. In the financial services chapter in the 86-page agreement (full text), China affirms its intention to eliminate foreign equity limits and allow wholly U.S.-owned services providers to participate in the securities, fund management and futures industries no later than April 1.

The agreement also provides for China to allow U.S. institutions to apply for asset management company licenses that would permit them to acquire nonperforming loans directly from Chinese banks, beginning with provincial licenses. The provision thus grants American asset managers access to China’s distressed assets market, a business that they have long attempted to tap.

Foreign financial institutions have queued up to expand in China. In December, Amundi Asset Management, European’s largest asset management company, won approval to set up the first foreign-controlled wealth management joint venture in China. The Shanghai-based venture will be 55% owned by Amundi and 45% owned by Bank of China Wealth Management.

Goldman Sachs, which applied in August to take majority control of its China-based securities venture — Goldman Sachs Gao Hua Securities — said it plans to double its workforce in China in the next five years.

Bloomberg reported this week that JPMorgan Chase & Co. is seeking to take 100% ownership of its China-based fund management joint venture. JPMorgan Asset Management, the New York-based bank’s asset management division, last year offered to pay at least 241.3 million yuan to its China partner Shanghai International Trust Co. to boost its stake in the venture by 2 percentage points to 51%. That transaction is yet to be approved by regulators.

As more foreign investors are seeking to partner with Chinese banks in asset management, analysts said clarified supervisory arrangements are needed. Under current rules, foreign-funded asset management companies are under oversight of the securities regulator, while the asset management units backed by banks are supervised by the banking regulator.

Commercial banks are now required to set up separate wealth management units for the business under a rule released in 2018 to tame financial risks related to banks’ shadow lending activities. More than 10 designated wealth management companies backed by major banks have won approval.

Caixin learned that foreign-controlled asset management companies will be placed under supervision of the China Banking and Insurance Regulatory Commission, under equivalent rules for banks’ wealth management units.