After Layoffs, Oracle Executive Vows to Stay in China

By Yu Dawei and Isabelle Li 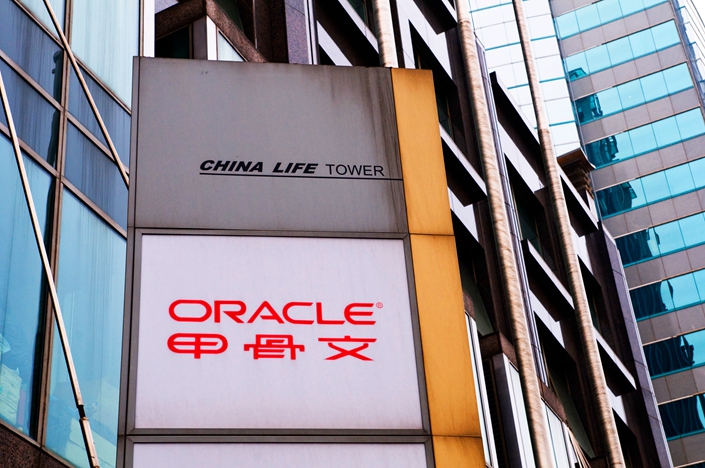 Oracle downsized its China R&D team as part of a global retrenchment, according to people with knowledge of the matter.

Oracle Corp. isn’t getting out of China, a senior company executive said in an interview more than eight months after the media reported that the database giant planned to lay off nearly 1,000 people from its China operations.

“We are actually doing pretty well, and we are not exiting China,” Wu Chengyang, vice president in charge of the company’s cloud business in China, told Caixin Friday in Shanghai.

In early May, Oracle informed its employees about a restructuring plan for its China research and development (R&D) operation, domestic media reported. The American database giant’s China Development Center planned to dismiss more than 900 people from its offices in Beijing, Shenzhen and elsewhere. At the time, the announcement was seen as a possible prelude to Oracle shutting down its entire China R&D operation, which employed about 1,600 people.

Oracle didn’t disclose how many people it laid off. In a response to Caixin’s inquiry last year, Oracle said in May that the reorganization was part of its efforts “to optimize resources and adjust development teams along with the company’s cloud business growth, in a bid to provide better cloud services to China customers.”

Oracle downsized its China R&D team as part of a global retrenchment, according to people with knowledge of the matter. The company was falling behind in cloud computing, and wanted to transform its business to focus more on the emerging field.

Oracle, which supplies database-management systems, has long been a major supplier to Chinese companies and organizations. However, its China business had come under pressure due to its own stumbling transition to cloud computing coupled with growing competition from domestic challengers.

According to data from industry researcher Canalys, the global cloud computing market was worth over $80 billion in 2018, with three industry leaders — Amazon.com Inc., Microsoft Corp. and Google parent Alphabet Inc. — controlling more than half of the market. In China, Alibaba Group Holding Ltd.’s AliCloud, Tencent Holdings Ltd.’s Tencent Cloud, and state-run carrier China Telecom controlled more than 80% of the market in 2018, according to consultancy IDC.

Wu insisted that Oracle still has a good chance of winning over Chinese clients.

The company has been in the database business for four decades, he said, and its new mission is to help people look at data in a new way. “It’s not that important whether it is cloud or local servers,” he said. “The key is still client experience.”

For the company’s latest fiscal quarter that ended on Nov. 30, Oracle reported that its net profit slipped 0.94% year-on-year to $2.3 billion on revenue of $9.6 billion.