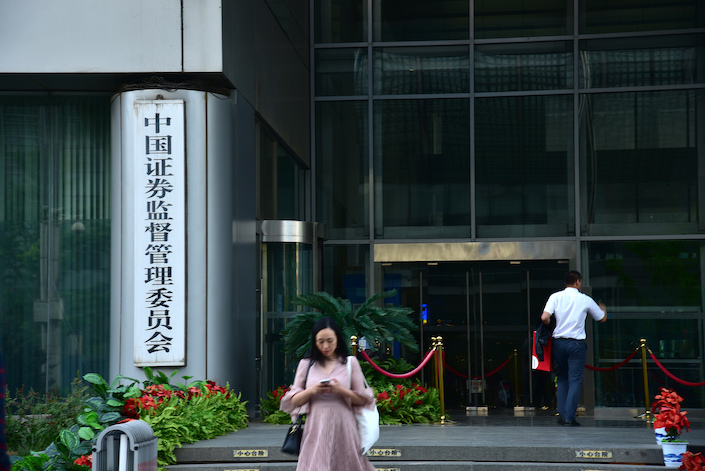 The settlement ends an investigation into suspected violations of account and asset management rules, the China Securities Regulatory Commission said in a statement on its website (link in Chinese), without providing further details. Chicago-based Citadel tightened its internal controls, the CSRC said.

The outcome underscores Chinese regulators’ willingness to use new approaches to supervision as they increase scrutiny of financial markets. Fines and confiscations levied by the CSRC reached a record $1.59 billion in 2018, according to official data.

The futures units of Beijing-based Citic Securities Co. and Shenzhen-headquartered Guosen Securities Co. were among four other companies that also agreed to settlements with the regulator, according to Monday’s statement.

For Citadel Securities, the settlement may clear the way for it to resume an expansion in China, which is opening up its $45 trillion market to wider foreign access. Foreign companies have been allowed to set up their own entities to trade futures this month and will be able to apply for licenses to start wholly owned mutual fund management and securities firms in April.

“Citadel Securities has worked closely with the CSRC through the reconciliation process to reach this agreement,” Zia Ahmed, a spokesman for the company, said in a statement. “Constructive resolution of this matter was important to Citadel Securities as China continues to expand opportunities for foreign participation in its financial markets.”

In a see-saw regulatory probe, the watchdog proposed in 2017 to fine three local brokerages 416 million yuan for violating margin financing and short-selling rules in trades for the Shanghai unit of Citadel Securities. But in 2018 the commission cleared the brokerages.

The local unit of Citadel Securities had accounts frozen by Chinese exchanges in 2015 as authorities probed whether algorithmic traders were disrupting the market. The $5 trillion rout prompted the nation’s widest-ranging financial industry probe, entangling local banking executives, officials at the securities regulator and a prominent hedge-fund manager.

The Citadel Securities settlement is more than four times the amount Goldman Sachs Group Inc. agreed to pay in a case related to how it interacted with its local joint venture partner.