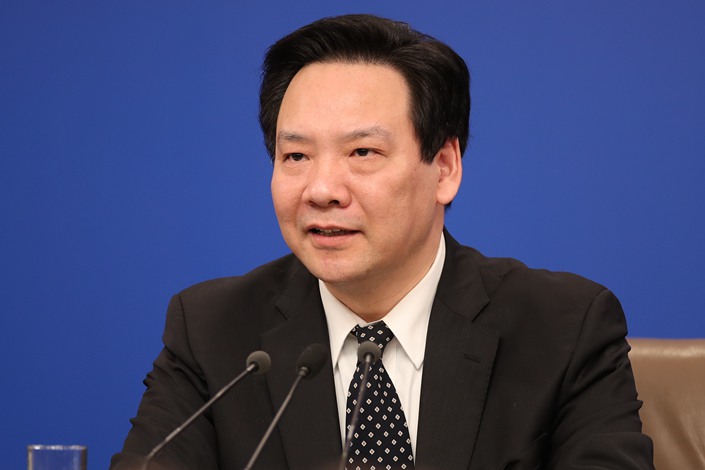 As economies and markets around the world reel from the impact of the coronavirus pandemic, China’s central bank has sought to offer reassurance that the country’s policymakers are playing their part by stabilizing the domestic financial markets and bolstering the economy.

China’s financial markets have withstood these external shocks and are currently stable, and the central bank has plenty of policy room and monetary tools at its disposal to cope with any impact, Chen Yulu, a deputy governor of the People’s Bank of China (PBOC) said at a briefing (link in Chinese) on Sunday. He reiterated that the central bank will ensure reasonable and adequate liquidity in the banking system while also following a prudent monetary policy that will be flexible and appropriate. It will continue to provide low-interest loans to privately owned businesses and small and mid-sized enterprises which are crucial to domestic and global supply chains, he said.

“After 70 years of rapid development, China has become a major financial power in the world,” Chen said. “We have the largest credit market and foreign exchange reserves in the world, and the second largest stock market, bond market and insurance market. Therefore, maintaining the stability of China's financial market is a major contribution to global financial stability.”

“The global epidemic is spreading rapidly,” Chen said. “All countries urgently need to strengthen international coordination of policies such as public health policy, trade policy, fiscal and monetary policy.” He also said that “in accordance with the reality of China's epidemic prevention and control and economic development, we will actively participate in international cooperation in response to the challenges posed by this complex situation.”

Chen added his voice to the growing number of central government officials who have said they expect the economy to start showing a recovery in the second quarter after data for January and February heightened expectations that GDP will contract in the first quarter on a year-on-year basis, marking the first decline since 1992.

“Based on payments, deposits and loan data in March, the real economy continues to improve” as a result of earlier targeted monetary policies, Chen said. “Economic indicators will likely show significant improvement in the second quarter and the Chinese economy will quickly return to its potential growth rate.”

The PBOC has introduced a raft of measures to support companies and bolster market liquidity as the government shut down large swaths of the Chinese economy to contain the coronavirus. It has lowered interest rates on instruments such as the medium-term lending facility, made targeted cuts to banks’ reserve requirement ratios to give them more cash to lend to some companies and sectors, offered low-interest loans for companies involved in fighting the epidemic and told banks to help businesses with short-term cashflow problems.

Although the government is now encouraging companies to reopen, millions of smaller companies are struggling to get production back up to speed.

Premier Li Keqiang said on Friday that the government must provide them with additional support after hearing that large companies are facing shortages of parts because the small companies that produce them haven’t fully resumed operations. He also told authorities responsible for financial support to put in place detailed policies to ease the financial strain on small businesses.

China is also speeding up construction of infrastructure projects to ease the economic hit of the coronavirus, Ou Hong, an official at the National Development and Reform Commission said at a news briefing on Saturday, the official People’s Daily reported (link in Chinese). Zheng Jian, another official with the planning agency, said China will further develop the construction of new infrastructure projects, such as 5G networks and data centers.

A total of 1.8 trillion yuan ($253 billion) of local government bonds have been issued so far in 2020, including 1.3 trillion yuan of special-purpose bonds which are being used to finance infrastructure development, Song Qiuling, an official at China’s Finance Ministry, said at the briefing. Song said the ministry will speed up the issuance of local government bonds and encourage officials to use the proceeds without delay in a bid to effectively drive up the economy as quickly as possible.