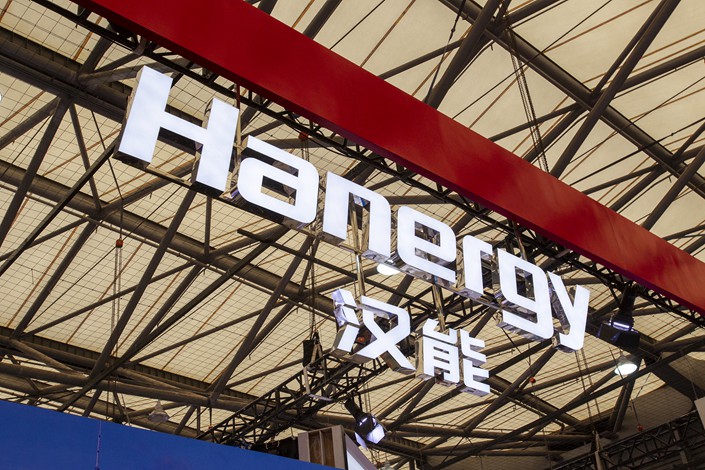 Debt-ridden solar firm Hanergy has defaulted yet again, this time on the fees it has racked up as it has pursued an ever-greater number of patent applications.

The Capital Intellectual Property Services Association, a Beijing-based organization which represents intellectual property application agencies, said in a statement Saturday that several companies, including three Hanergy subsidiaries, have missed “a large amount of payments” to its member agencies.

The association didn’t disclose the exact number, but a person familiar with the matter said the subsidiaries have defaulted on as much as 40 million yuan ($5.6 million) of fees.

In 2018 alone, Hanergy applied for 10,950 patents, the source said. Depending on the kind of patent, applications can cost between 3,000 yuan and 6,000 yuan, which means Hanergy racked up between 32.8 million yuan and 65.7 million yuan in fees that year alone.

“Hanergy required the agencies to pay the fees for it first,” one of the solar-energy products manufacturer’s employees told Caixin.

The company has seen growing its number of patent applications as a key goal and is aiming to make hundreds of thousands of applications in the next few years, a person formerly in charge of Hanergy’s patent applications told Caixin. “It’s viewed as one of its business performance metrics,” he said.

However, the funds allocated to its research and development department are relatively low. It received just 100 million yuan in funding in 2019, compared with 300 million yuan earmarked for marketing, people familiar with the subject said.

Hanergy has struggled to perform in recent years, privatizing a Hong-Kong listed unit in 2018 after a four-year long trading suspension, cutting its workforce by half, and stopping work on a billion-dollar plant in southwest China. Last September it was sued over $10 million in unpaid fees for a luxury jet it leased. In January, a company backed by Hanergy missed payments on a tranche of debt raised to finance a factory project.