Trending in China: Can You Really Launch a Company Without Saying What it Does? 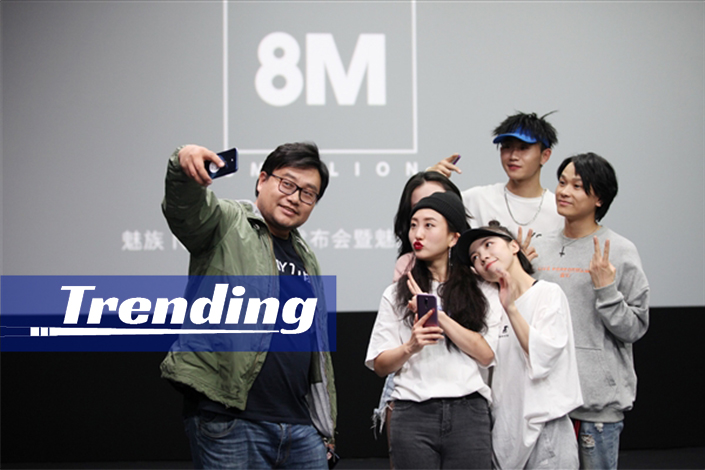 Netizens have gone wild with speculation after Li Nan, former vice president of smartphone maker Meizu, announced in an ambiguous Weibo post the launch of his new company named Angry Miao Technology. The feline fury-inspired company will welcome makers of “products that are futuristic and can keep up with the times,” he wrote. In particular, all staff will be aged 20-30 and the company will only invest in brands whose founders are under 30. The post left confused netizens asking, “What exactly are the products?”

Li’s announcement placed an emphasis on Generation Z, saying that “older entrepreneurs can retire. It’s up to us now.” The company is recruiting in-house and freelance illustrators and musicians, encouraging them to “enter the vast, exciting, and cruel battlefield of global brands,” though without giving details of the positions. The first batch of products will be unveiled on August 26 via a livestream on Chinese video-streaming platform Bilibili, Li said.

China’s Generation Z finds itself in a unique position when it comes to consumption and employment. Products of the country’s one-child policy and rapid economic growth in the 1990s and 2000s, they spend 15% of their household income per year, much more than their peers in Europe and the U.S. Meanwhile, the latest batch of college graduates, whose numbers reached a record high of 8.74 million this year, are struggling to find employment amid a decline in job openings, even in popular sectors such as technology and finance.

The youth-targeted Angry Miao has received tens of millions of yuan in investment from Dragon Ball Capital, the venture capital arm of lifestyle service giant Meituan Dianping, according to Beijing News. Wang Xing, CEO of Meituan Dianping, wrote that “I’ve always found Li to be an enigmatic man. He’s slightly older than me, but he’s always analyzing what’s trending among young people. I wanted to be part of his start-up immediately, even though I still haven’t fully grasped what his objectives are.”

By launching a business without giving details, Li has built up hype on social media and sparked intense discussion. People’s speculations of Angry Miao’s focus range from Muji-like lifestyle retail to smart home devices along the lines of Xiaomi. They believe Li is dropping a hint about his business when he reposted a product image of collectible cat figurines similar to the idea of “blind boxes” popularized by toymaker Pop Mart.

Netizens are also divided over the company’s outlook. Some say that its name sounds cheap and that Li might be setting a trap for himself with his grand promises. Others are optimistic, citing the superior business acumen that Li showed during his time at Meizu. Regarding Li’s commitment to youngsters, some people believe it will limit the technological innovations of the company and ask “is this age discrimination?” However, others see it as an opportunity to take advantage of Generation Z’s spending power and creative energy.