CX Daily: How China Avoided the Domino Effect of a Local Bank Crisis 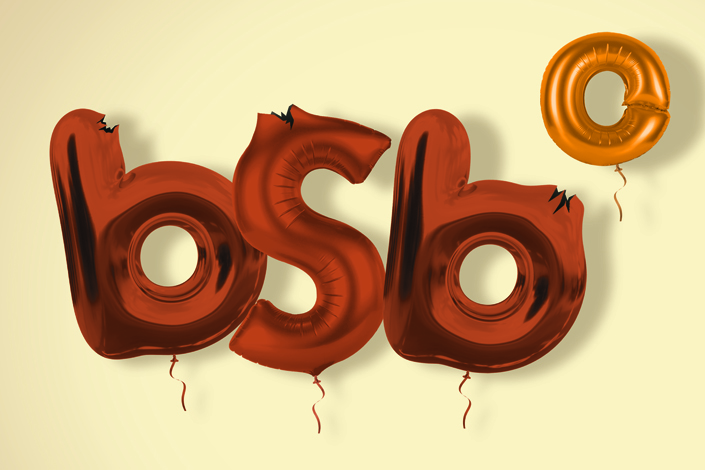 As Baoshang moves toward liquidation, regulators are wrapping up a three-year effort to dismantle risky assets of Tomorrow Holding, one of the highest-profile targets in the country’s crackdown on irregularities in the $45 trillion financial market.

CICC and CSC Financial will act as advisers on the company’s domestic listing, according to a filing published Friday on the official website of Zhejiang Regulatory Bureau of the China Securities Regulatory Commission. Shanghai-based law firm Fangda Partners and accounting firm Ernst & Young Hua Ming LLP will also participate in the advisory work.

Ant Group’s directors, senior management and shareholders with at least a 5% stake will be advised to fully understand related law and regulations on listing on Shanghai’s Nasdaq-like STAR Market and the responsibilities concerning information disclosure.

China wants to make the yuan easier to use in cross-border trade, investment

The People’s Bank of China (PBOC) said (link in Chinese) it will insist on a market-oriented method to facilitate trade and investment and further expand access to foreign investors who use the yuan to invest in Chinese bonds and stocks, according to its latest annual RMB Internationalization Report, which was released Friday. The report touted that the cross-border use of the yuan sustained rapid growth last year even as economic growth slowed. However, the internationalization of the yuan still has a long way to go given the currency’s small share in the global market.

China’s securities watchdog issued draft regulations aimed at tightening control over how brokerages should use third-party platforms, following a spate of private data leaks and concerns that some apps may be operating illegally.

The draft rules (link in Chinese) released Friday by the China Securities Regulatory Commission (CSRC) stipulate that securities firms must “guarantee technical security” by running their own information systems and ensuring third-party platform operators cannot get their hands on clients’ data. They bar the platforms from offering similar services to those provided by securities firms, such as finding investors and receiving trading instructions, and require brokerages to clearly inform investors when they are using services on third-party platforms. The commission is soliciting public feedback on the regulations until Sept. 15.

Editorial: More fiscal reform needed to get a handle on local government budgets

"In a turbulent year, China’s fiscal policy, and especially the relationships between the central and local governments, has come under scrutiny," Caixin editors say in an editorial.

"Under the impact of the coronavirus pandemic and China’s ongoing economic recovery, the role of fiscal policy is weighing heavily, and we need to act decisively and focus on concrete results," the editorial argues. "The measures we take will only work if we accelerate the refinement of the fiscal relationship between central and local governments, develop tax categories for local entities, rationally delineate central and local duties and responsibilities, and strengthen local fiscal capacity in a practical way."

As tensions between China and the U.S. continue to grow by the day, many are predicting a technology “cold war” that could leave ChangXin as one of the Chinese companies in position to benefit the most. But more than government support is needed to make products the market wants, and the company needs to prove its chips are dependable and competitive with those already out there, industry experts said.

Trump’s decision came after an investigation by the Committee on Foreign Investment in the U.S., which reviews acquisitions of American businesses by overseas investors for national security concerns. ByteDance Ltd. bought the app Musical.ly in 2017 and merged it with TikTok. Trump said in the order released Friday night, which has a 90-day deadline, that ByteDance “might take action that threatens to impair the national security of the United States.”

India’s latest set of incentives to entice businesses moving away from China seem to be working, with companies from Samsung Electronics Co. to Apple Inc.’s assembly partners showing interest in investing in the South Asian nation.

Prime Minister Narendra Modi’s government in March announced incentives that make niche businesses — electronics manufacturers — eligible for a payment of 4% to 6% of their incremental sales over the next five years. A result: About two dozen companies pledged $1.5 billion of investments to set up mobile-phone factories in the country.

Besides Samsung, those that have shown interest are Hon Hai Precision Industry Co., known as Foxconn, Wistron Corp. and Pegatron Corp. India has also extended similar incentives to pharmaceutical businesses and plans to cover more sectors, which may include automobiles, textiles and food processing under the program.

Xiaomi Chairman and CEO Lei Jun expanded the number of senior executives on the company’s partners board with four new appointments. The partners team is seen as having tremendous influence over the company’s future direction, development and culture.

In a letter to his staff, Lei, whose company Xiaomi ranked 422nd on the Fortune Global 500 list for 2020, announced the appointment of four senior executives onto its elite management team, according to a transcript published Sunday on Xiaomi’s public WeChat account. The newly appointed partners include Xiaomi President Wang Xiang, Xiaomi Senior Vice President Chew Shouzi, Xiaomi Vice President Zhang Feng and Xiaomi Vice President Lu Weibing, who joined the company during the period between July 2015 and January 2019.

JD.com, Trip.com tie up as domestic travel comes back to life