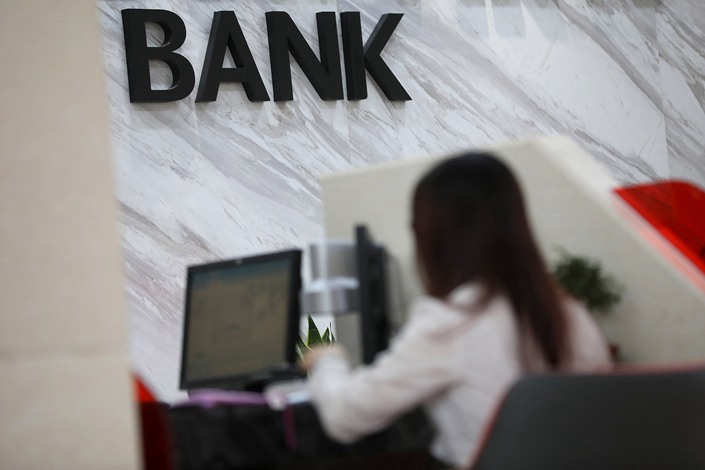 The People’s Bank of China and the China Banking and Insurance Regulatory Commission on Wednesday published draft regulations (link in Chinese) requiring G-SIBs — banks that are “too big to fail” as their failure could trigger a wider financial crisis — to meet certain capital adequacy targets starting from 2025.

The draft rules stipulate that China’s G-SIBs must be able to absorb losses of at least 16% of their risk-weighted assets, or at least 6% of their total exposures, starting from Jan. 1, 2025, with both requirements going up to at least 18% and 6.75% respectively from Jan. 1, 2028.

The draft rules are in line with international ones set up by the FSB. Analysts of S&P Global Ratings Inc. said in an August report that at the end of last year, the four largest banks in China faced a capital shortage of about 2.25 trillion yuan to meet such requirements, and the gap is estimated to reach around 5.77 trillion yuan to 6.51 trillion yuan by 2024, assuming no further new capital fundraising by the banks.

The regulators are soliciting public feedback on the draft rules until Oct. 30.

The draft rules could help Chinese G-SIBs better plan out measures to ensure adequate loss absorbency capacity, the regulators said in a Wednesday statement. In the long run, increased supervision and management will improve commercial banks’ ability to deal with risks and help enhance the stability of the financial system, the regulators said.

Financial authorities have long been aware of this issue, and put out guidelines in November 2018 to designate “systemically important financial institutions,” following similar moves to reduce systemic financial risks by regulators around the globe. Institutions on the list must comply with additional regulatory requirements on capital and leverage ratios, according to the guidelines.

Policymakers have also allowed local governments to replenish the capital of certain small and midsize banks to the tune of about 200 billion yuan in an effort to defuse bad-debt risks.