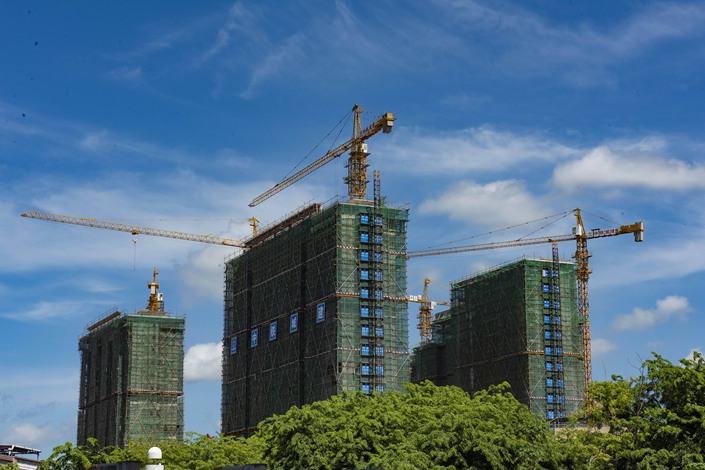 China’s GDP grew 4.9% year-on-year in the third quarter, accelerating from 3.2% growth in the previous quarter, official data (link in Chinese) showed Monday, as the world’s second-largest economy continued to recover from the Covid-19 pandemic, albeit more slowly than expected.

China’s GDP expanded 0.7% year-on-year over the first three quarters, back in positive territory after being dragged down by a 6.8% contraction in the first quarter at the height of China’s Covid-19 outbreak.

“China’s quick recovery was a product of its stringent lockdowns, massive testing, population tracking, a large economy that can afford to be somewhat insulated, and fiscal stimulus via credit expansion,” economists at Nomura International (Hong Kong) Ltd. wrote in a note.

Xishuangbanna, the southern-most prefecture in China's Yunnan province, is known as a safe haven for wild Asian elephants where hundreds of the giant animals live in the sprawling tropical rainforests.

But balancing modern human activities with protection of wildlife has never been easy. For some people in Xishuangbanna, coexistence with the wild elephants is becoming more and more challenging, or even fatal.

Li Guoshui, a 49-year rubber tapper, lost his wife in a surprise encounter with a group of wild elephants and barely survived himself. The couple ran into the animals on a mountain road outside their village in early May as they drove a motorcycle home after work. Possibly caught off guard by the vehicle, the elephants attacked.

China announced measures that will grant its southern boomtown Shenzhen more autonomy as Beijing seeks to raise the profile of the region as a tech and financial hub amid tensions with the U.S.

The National Development and Reform Commission (NDRC) published a list of reforms for Shenzhen on Sunday that include steps for financial markets, intellectual property protection, economic legislation and talent attraction. The supporting policies for Shenzhen are more than those given to the free trade zone in China’s southern island province Hainan, China News Service cited Peng Sen, former deputy director of the NDRC, as saying.

The city is home to some of China’s leading technology giants, including Huawei Technologies Co. and Tencent Holdings Ltd., and is a crucial part of Beijing’s plan to drive economic integration with Hong Kong and Macao into the so-called Greater Bay Area to ultimately rival Tokyo Bay or Silicon Valley.

The People’s Bank of China (PBOC) will continue to focus on lending support for small and midsize enterprises, its priority, by providing commercial banks with liquidity and incentives, Yi said at the International Banking Seminar of the Group of Thirty, an independent body comprising economic and financial leaders around the globe.

Nippon Express, Japan’s top logistics company, will double the freight trains it operates between China and Europe next year, eager to capture rising customer interest in shifting from air to rail.

The coronavirus pandemic has meant fewer planes in service, leading to a spike in air cargo prices. What used to be a fourfold difference between air cargo and rail cargo prices for a 5-ton shipment has now spiked to tenfold. This has spurred Japanese and Chinese clients, such as automobile suppliers and precision equipment makers, to give rail cargo a fresh look.

The suspension of withdrawals was because one of the exchange’s private key holders is cooperating with the public security bureau in an ongoing investigation, OKEx said Friday in a statement. Two persons close to OKEx told Caixin that the key holder is Xu.

Sun Art Retail Group Ltd., which runs the China operations of the Auchan and RT-Mart hypermarket chains, had 484 stores across the country as of June, according to an Alibaba statement.

Sun Art will transfer to Alibaba’s control an aggregate 70.94% stake in a holding company whose main asset is a 51% stake in Sun Art, Alibaba’s online marketplace subsidiary Taobao China Holding Ltd. and Sun Art said Monday in a joint statement. That stake, combined with Alibaba’s existing 21% direct holding in Sun Art, will give it control of 72% of the company’s shares.

China’s national legislature passed an omnibus export control law on Saturday mandating the government to consolidate its export control regime and take actions against violations from oversea entities and individuals.

The passage of the Export Control Law came after a week-long review by the National People’s Congress (NPC) Standing Committee, the top decision-making body of China’s national legislature. The law will come into force Dec. 1.

The law allows government agencies to control the export of dual military and civilian-use items, military-use and nuclear items, and other goods, technologies and services related to performing international obligations or ensuring protection of national security and interests.

Debt-ridden private oil company Brightoil Petroleum (Holdings) Ltd. will get the boot from the Hong Kong Stock Exchange Tuesday after it spent three years with its shares suspended from trading.

The delisting, which the company made public in an exchange filing Friday, came after Brightoil failed in January to fulfill the required conditions to resume trading, paving the way for the end of its 12-year listing in the Asian financial hub.

Struggling under a mountain of debt, Brightoil hasn’t disclosed its earnings for any quarter going back to mid-2018. Its half-year report that year suggested that the company had HK$22.32 billion ($2.88 billion) in liabilities at the end of 2017, but it remains unclear what debts it has now.

A TikTok Inc. executive denied U.S. accusations that the popular video app shares information with its Beijing-based parent company and has ties to the Chinese government.

The app does not share infrastructure with its parent company ByteDance Ltd. and does not share user data with its Chinese version, Douyin, TikTok’s Chief Information Security Officer Roland Cloutier said in an Oct. 14 letter ahead of a hearing in U.S. federal court. He said the U.S. government’s allegations against TikTok “are not accurate.”