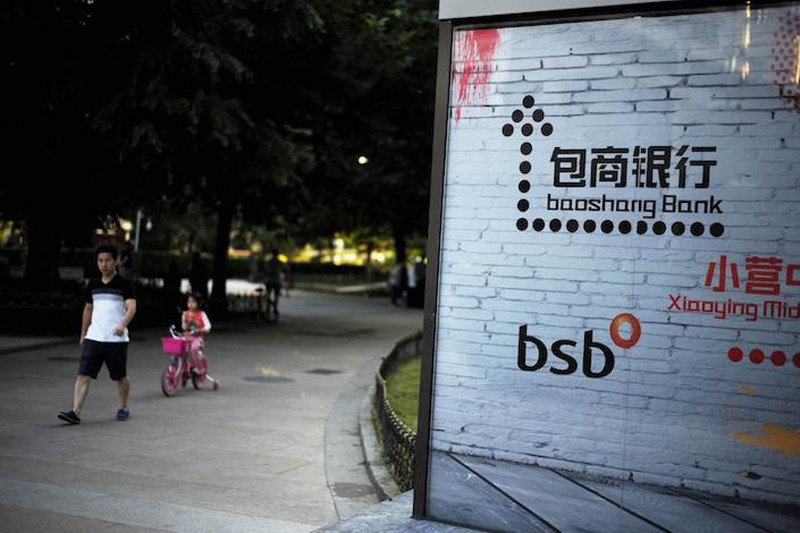 Baoshang is China’s first commercial lender to be liquidated through judicial procedure.

The China Banking and Insurance Regulatory Commission (CBIRC) agreed in principle for Baoshang Bank to enter bankruptcy and asked the bank to report major issues during the procedure to the regulator, according to a statement (link in Chinese) posted Monday on the commission’s website. The statement, dated Nov. 12, was published as an extended state takeover of the bank was scheduled to end Monday.

Inner Mongolia-based Baoshang, which was 89% owned by private conglomerate Tomorrow Holding Co. Ltd., was taken under state custody in May 2019 amid severe credit risks. The bank was found to have a financial black hole of 220 billion yuan ($32 billion) due to massive fund misappropriation by its largest shareholder.

Two asset management firms that run money for a large British pension fund are predicting that overseas investors will ramp up investment in Chinese mainland markets to take advantage of what they see as long-term opportunities.

In recent months, foreign investors have become a greater presence in the mainland stock and bond markets amid China’s economic recovery, attracted by relatively high returns on yuan-denominated assets and regulatory changes to further open up the country’s financial markets.

The headwinds that toppled Ant Group Co. Ltd.’s initial public offering (IPO) now threaten a $22 billion dream of China’s Ping An Insurance (Group) Co. to pivot from a finance group to a tech giant and be valued like one.

While Ping An’s Lufax Holding Ltd., which offers wealth management and retail lending services, was able to complete its U.S. IPO days before new Chinese rules torpedoed Ant’s $35 billion sale, the stock has given up early gains and is now a target for short sellers betting the stock’s value will fall. Renewed threats by U.S. regulators to delist Chinese stocks also threaten Ping An’s plans to take more of its in-house startups public.

Ant’s IPO suspension “fundamentally changed the near-term investment appetite” for Chinese fintech stocks, with Lufax as “the community’s No. 1 consensus short,” according to a Nov. 5 report from Procensus, which polled 84 global investors managing $15.3 trillion.

China’s last handful of impoverished areas are no longer classified as poor according to government criteria, officials said, paving the way for authorities to announce the eradication of absolute poverty before a looming end-of-year deadline.

Li Jian, Guizhou’s top poverty relief official, said Monday at a press conference that the southwestern province’s final nine deprived counties had been removed from the poverty list after their annual per capita net incomes exceeded a government-defined threshold of 4,000 yuan ($608).

The announcement means China has now delisted all of the 832 counties identified as poverty-stricken eight years ago at the outset of a nationwide campaign to end extreme deprivation by the end of 2020.

The Hong Kong government tightened social distancing measures to contain a new wave of Covid-19 cases after recording its largest outbreak of infections linked to a cluster of dance clubs.

The city reported 73 new Covid-19 cases Monday, 50 of which were linked to dance club patrons in 21 locations. The new cases increased the total of infections attributed to this group activity to 132.

Citing unnamed sources, Hong Kong’s official radio RTHK reported Tuesday that an additional 83 new coronavirus victims in the city were expected to be confirmed by the government. It was not immediately clear how many of these were linked to the dance clubs. Sources told RTHK the government decided that bars and nightclubs must close again.

Opinion: West must recognize China has its own view on its role in world

Following the government’s call for the rapid development of the self-driving car industry in the next few years, companies are aggressively rolling out the satellite base stations needed for such cars to stay on the road.

State-owned telecom company China Mobile Ltd. began offering precision positioning services in October after it built a network of 4,400 base stations across the country in just four months. This kind of speed is just what the government seems to be after. In February, the authorities said China should be mass producing autonomous vehicles by 2025.

However, in a scenario that has repeatedly played out when the government encourages an industry’s growth, the specter of excessive capacity and wasteful construction is looming due to uncoordinated development.

The U.K. government proposed a law that will fine phone companies as much as 10% of sales or 100,000 pounds ($133,000) a day if they break new telecom security rules, including the forthcoming ban on Huawei Technologies Co. Ltd.’s equipment for 5G networks.

The Telecommunications Security Bill is meant to oversee 5G mobile and fiber networks and will include electronic equipment and software that handles internet traffic and phone calls, the Department for Digital, Culture, Media and Sport said Tuesday in a statement. Communications regulator Ofcom will be in charge of enforcement.

The bill will give the government the power to implement and enforce the ban on Huawei’s 5G equipment that it announced in July. Carriers have until the end of 2020 to stop buying the gear, and the companies must remove existing Huawei equipment from their 5G networks by 2027.

After the Chinese government’s smackdown of fintech giant Ant Group Co. Ltd. and its founder Jack Ma for challenging the country’s financial watchdogs, the billionaire’s e-commerce vehicle is taking a more conciliatory approach to market regulators.

At a government-sponsored internet summit Monday, Alibaba Group Holding Ltd. Chairman and CEO Daniel Zhang said (link in Chinese) the company will “actively learn from and respond to national policies and regulations.”

“In the process of great development, new problems and challenges will arise, and policies and regulations that keep pace with the times are needed to manage them,” Zhang said. Recently published draft regulations governing the behavior of internet platforms are “timely and necessary,” he said.

China’s largest toys and collectibles retailer, Pop Mart International Group Ltd., is on course for an IPO in Hong Kong before the end of the year, despite the effects of Covid-19 deflating sales at its brick-and-mortar stores.

The “blind box” sensation, known for its popular collectible figurines sealed in artistic but opaque packages, won approval to list on the Hong Kong Stock Exchange, according to a post-hearing information pack filed Sunday.

The country’s fastest-growing toy company, which had an 8.5% share of the fragmented $3.15 billion retail toy market last year according to Frost & Sullivan research, is aiming to list on the Hong Kong bourse before mid-December, sources told Caixin.