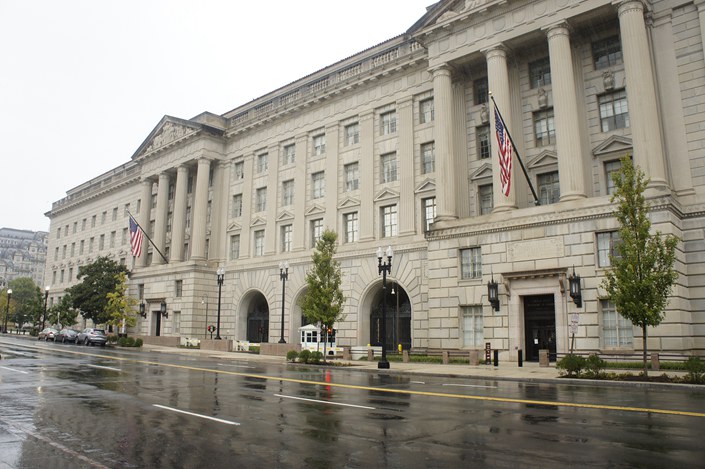 U.S. electronic-components maker TTI Electronics denied selling to the Chinese military days after another company issued a similar denial as the outgoing administration of U.S. President Donald Trump ratchets up its campaign to curb China’s tech aspirations during its final weeks.

TTI issued its denial as the U.S. prepares a list of companies from China and Russia that Washington considers “military end users,” Reuters reported late last month. The draft list includes 89 Chinese and 28 Russian entities. Any American company would have to obtain a special government license before selling to listed entities, the report said.

The statement issued by TTI, which is backed by billionaire investor Warren Buffett’s Berkshire Hathaway, made reference to the new list being compiled by the U.S. Commerce Department’s Bureau of Industry and Security (BIS). It said one of its own subsidiaries, TTI Electronics Asia PTE Hong Kong Ltd., was included on the list as a U.S. company that sold goods to military end users.

Guangdong to pour $1.5 billion from bond sales into 4 rural banks

Guangdong province plans to issue 10 billion yuan ($1.52 billion) of special-purpose bonds to recapitalize four rural commercial banks, becoming the first local government to use part of this year’s quota of such borrowings to replenish bank capital.

Some small and midsize banks, especially rural credit cooperatives, have suffered a surge in bad debt over the past few years after a rapid expansion in credit left a large amount of nonperforming loans on their books as economic growth slowed. The Covid-19 pandemic exacerbated the situation as many businesses and individuals were unable to repay debts on schedule.

U.S. President-elect Joe Biden said he won’t immediately remove the tariffs imposed on China by the Trump administration under the phase-one trade deal, according to New York Times.

“I’m not going to make any immediate moves, and the same applies to the tariffs,” Biden said in an interview with columnist Thomas Friedman.

Biden said he would first conduct a full review of the phase-one deal and speak with key allies in Asia and Europe to "develop a coherent strategy.”

The Caixin China General Services Business Activity Index, which gives an independent snapshot of operating conditions in the services sector, rose to 57.8 in November from 56.8 the previous month, hitting the second-highest level since April 2010, below only June’s 58.4 reading. The index, better known as the Caixin China services PMI, has been in expansionary territory with readings higher than 50 for seven months in a row.

The Caixin China General Composite PMI, which covers both manufacturing and service companies, came in at 57.5 in November, stronger than 55.7 the previous month.

China will maintain its temporary anti-dumping tariffs on Australian wines for as long as four months and could extend them to nine months “in special circumstances,” the commerce ministry said Thursday during an online press conference.

“The investigation committee will continue looking into the anti-dumping case through lawful procedures,” spokesperson Gao Feng said, “and make a final ruling based on the results.”

The U.S. House of Representatives approved legislation that could lead to Chinese companies including behemoths like Alibaba Group Holding Ltd. and Baidu Inc. getting kicked off American exchanges if Washington regulators aren’t allowed to review their financial audits.

The legislation easily cleared the Senate in May and won bipartisan support in the House. Passage sends the bill to President Donald Trump, who is expected to sign it into law.

In addition to requiring companies to allow U.S. inspectors to review their financial audits, the bill — originally introduced by Senators John Kennedy, a Louisiana Republican, and Chris Van Hollen, a Maryland Democrat — requires companies to disclose whether they are under government control.

Delta resumes only nonstop flights to China by U.S. airlines

The change extended Delta’s rebuilding of China service since U.S. airlines suspended flights in February because of the coronavirus pandemic. The carrier’s two weekly flights between Seattle and Shanghai, and two between Detroit and Shanghai, previously included a stop in Seoul.

United Airlines Holdings Inc. ended nonstop flights between San Francisco and Shanghai Nov. 25, adding a 90-minute stop in Seoul that allows for a crew change and avoids an overnight stay in the Chinese city. American Airlines Group Inc. resumed passenger service Nov. 11 between Dallas-Fort Worth International Airport and Shanghai, with a stop at Seoul’s Incheon International, because of coronavirus testing requirements for crew members, the airline said.

China faces its first decline in prices for everyday consumer goods in five years, as a growing move toward online shopping further pressured prices and led to lower overall sales, a report by consulting firm Bain and Co. Inc. says.

Average selling prices for fast-moving consumer goods (FMCG) like home care, packaged foods and makeup, dropped by an average 2.1% between January and September, reversing a 3.4% increase for all of 2019, according to the report. Overall, the Chinese urban FMCG market during the first nine months of 2020 suffered a modest 0.1% deflation in overall sales value.

To lure customers, many online merchants also offered promotions, putting pressure on prices. Online sales accounted for 26.7% of all FMCG buying in the first nine months of the year, up from 21.9% in 2019, as many consumers were forced to do much of their buying online during China’s Covid-19 outbreak, especially in the first half of the year.

Most businesses operating on the Chinese mainland expect profitability to return to pre-pandemic levels by the end of 2022, according to a report published Wednesday by HSBC Holdings Plc, the biggest player in global trade finance.

The study was based on a survey of more than 10,000 enterprises worldwide conducted jointly by HSBC and market research company Kantar Group. Among the 1,000 participating companies on the Chinese mainland, 78% projected that full recovery from the pandemic would take two more years. At the same time, 83% of the Chinese companies said they were optimistic about the business outlook.

Business in China will recover at slightly faster than the global pace and will lead the world, the report found, cautioning that possible coronavirus resurgence and geopolitical issues may pose uncertainties.

Internet earnings wrap: Trip.com flies back to profits, while Baidu continues to stagnate