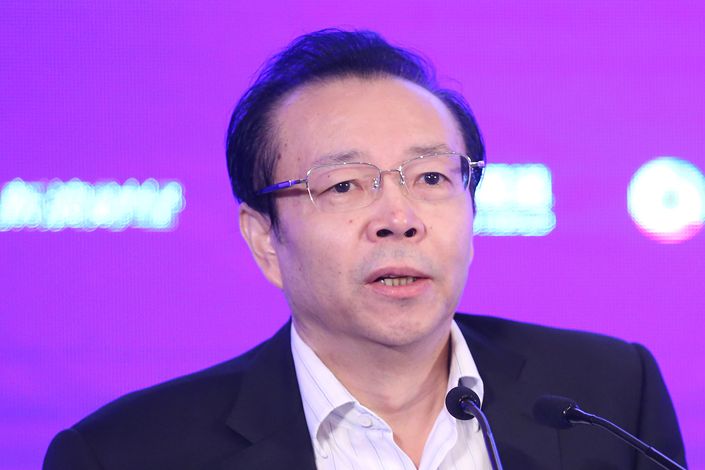 A former chairman of one of China’s four largest state-owned bad-debt managers, Lai Xiaomin, was sentenced to death for bribery Tuesday by a court in North China’s Tianjin municipality, according to a court statement (link in Chinese).

Lai was convicted of taking a record 1.79 billion yuan ($276.8 million) of bribes — including 104 million yuan of bribes that ultimately failed to occur — from 2008 to 2018 in exchange for his help in financing, promotions and more. He was also convicted of bigamy and colluding with others to embezzle 25.1 million yuan of public funds. The punishments for the three crimes combined were the death sentence, deprivation of political rights for life and confiscation of all personal property.

Debt-ridden Guangzhou R&F Properties pledged equity in 10 subsidiaries in December in return for a massive bailout led by the Guangzhou provincial government as nearly $2 billion of debt comes due this month.

The Hong Kong-listed development giant didn’t disclose how much money it raised from putting up the share stakes as collateral for new loans. The subsidiaries against which it borrowed own the company’s construction unit, its headquarters office building and a renovation project at Jishan Village in Tianhe. R&F has also been offloading other assets.

R&F Properties is one of the largest real estate companies in southern China’s Guangzhou province. As of the first half of 2020, R&F’s total liabilities exceeded 350 billion yuan ($53.6 billion), of which interest-bearing liabilities totaled 190 billion yuan. The enterprise had a cash balance of only 36 billion yuan as of September. The company planned to retain 30 billion yuan for normal operations.

The five banks are among the lenders that didn’t meet standards set under a new bank loan management mechanism imposed by China’s central bank and top banking regulator, according to banking analysts. The new mechanism caps all domestic banks’ outstanding property loans at certain proportions of total yuan loans, as well as limiting outstanding mortgages to certain ratios of total loans.

A community inside the city of Shijiazhuang, the capital of North China’s Hebei province, became the only Covid-19 high-risk area in the country Tuesday, local health authorities said.

Shijiazhuang recorded 11 confirmed new cases Monday, all from the Gaocheng district, with eight of the patients from the high-risk Xiaoguozhuang village.

Hebei province reported 14 new locally transmitted Covid-19 cases Monday, including 11 from Shijiazhuang, with three more from the city of Xingtai. The province also had a spike of 30 asymptomatic coronavirus cases Monday, bringing the total daily tally of positive test results to 44.

Opinion: Trump’s investment ban might not hurt much in the long run

The New York Stock Exchange said it no longer plans to delist China’s big three telecommunications companies in a U-turn just days after announcing the move to comply with a U.S. executive order.

IQiyi Smart, the virtual reality (VR) equipment arm of online video giant iQiyi Inc., said Monday that it has secured hundreds of millions of yuan in its series B round to plow into developing hardware and creating content.

Xiong Wen, CEO of Chongqing iQiyi Intelligent Technology Co. Ltd., told Caixin that the proceeds raised from the financing round, jointly invested by Yitang Changhou Fund and Fresh Capital, will be used to deepen the company’s VR hardware development and create content with a focus on games. The company did not reveal the size of the funding round.

A former commander of China’s aircraft carrier development program and veteran of its shipping industry was expelled from the Communist Party of China for violating Party discipline, the country’s top graft buster said Monday.

The committee’s statement (link in Chinese) on the investigation includes a lengthy list of Hu’s violations of party protocols and alleged legal breaches. These include “losing his faith and party spirit, ineffective in implementing major party decisions,” and “illegally playing golf, visiting private clubs and accepting banquets that might affect the impartial execution of his official duties.

Zhang Kailei wants to give away his tutoring company

The founder of failed Chinese tutoring company can’t even give it away. Zhang Kailei’s eight-year-old Xueba100.com ran out of money and ceased most operations Jan. 1 after failing to raise funds from investors. That left thousands of employees jobless and due back wages and tens of thousands of students and parents seeking refunds of prepaid tuition.

In an open letter posted on his social media account, Zhang asked the company’s more than 100 franchisees to look for other tutoring operators to take over their schools to cut their losses. He also offered to hand over the company as long as an acquirer could accept some of its students.