Huawei Founder Apologizes for Using Company to Help His Daughter 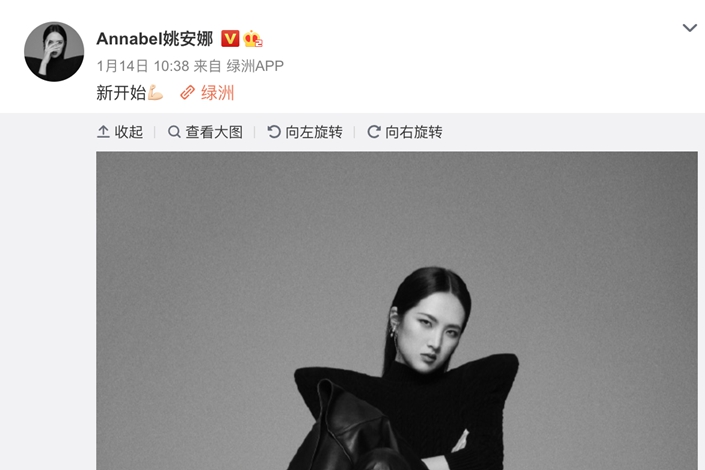 The founder of embattled telecoms giant Huawei Technologies apologized to his employees this week for using company resources to help his daughter, reflecting sensitivities about nepotism and corruption in China’s corporate culture.

The office of Huawei’s chief executive issued the apology from company founder Ren Zhengfei in an internal statement on Wednesday. It detailed the controversial events that saw him use the company’s resources to register trademarks for names linked to one of his daughters, Yao Anna, who also goes by the English name Annabel Yao.

The statement said Ren had asked Huawei’s intellectual property department to help register the trademarks in order to prevent them from being maliciously registered by others. Such trademark “squatting” is relatively common not only in China but also other countries, whereby opportunistic entrepreneurs register trademarks of other companies and individuals in hopes of later selling them to the real entity.

“This is the first time Ren has taken advantage of company powers for personal use, and for this he apologizes to all employees,” said the statement seen by Caixin.

The statement said Ren intended to transfer the trademarks to his daughter once she had formally set up her own company. It explained that Chinese law required that individuals apply for trademarks through a company or an individual holding a business and commerce license. And because she had just graduated from college, his daughter had yet to register a company and had no other means to make such registrations.

The daughter at the center of the controversy received an undergraduate degree from Harvard University last year, and last month announced her intent to enter the entertainment world. Born in 1998, she is Ren’s daughter with his current wife Yao Ling.

The controversy began after many media reported earlier this week that Huawei had registered 89 trademarks related to Yao on Jan. 25, including her Chinese name and a stage name she had selected, as well as the English Yao Anna and Annabel Yao. The registrations covered a range of categories, including watches, food, office and telecom service products, as well as exercise equipment.

Yao had previously acted as a spokeswoman for a sport utility vehicle model built by Changan Automobile, one of China’s top car makers. Huawei’s flurry of registrations led some to speculate that the company might be preparing to bring her onboard as a company spokeswoman.

Some Huawei employees expressed online acceptance for Ren’s apology, but one told Caixin of displeasure with Ren’s actions. The public outcry comes in a country where nepotism is relatively common, especially in the private sector where many companies are often run like personal fiefdoms by founders who are also controlling shareholders.

Favoritism made global headlines in 2016 when JPMorgan was fined $264 million by U.S. regulators who determined the banking giant had hired unqualified children of key Chinese decision makers in order to win lucrative business from the government and the nation’s vast network of state-owned enterprises.

Ren, who turns 76 this year, has developed a profile in China as a workaholic tirelessly devoted to his company. That co-exists with an image as an absentee father not only for Yao, but also his other two children, daughter Meng Wanzhou and son Ren Ping, who are both involved at Huawei. Meng, who is Ren’s daughter with an earlier wife, has remained in the headlines for the last two years after being detained in Canada on an extradition request from the U.S., where she faces fraud charges.

Huawei has been considered one of China’s biggest high-tech success stories, becoming a top global brand in both the networking equipment and smartphones in recent years. But the company lost much of its luster under the weight of U.S. sanctions over the past two years that have cut it off from key American suppliers under an aggressive policy by the administration of former U.S. President Donald Trump.

In a May 2019 interview, Ren confessed in an interview with Caixin that if he could go back in time he wouldn’t have founded Huawei because the company has consumed his life. “I didn’t take good enough care of my children, I didn’t play hide-and-seek with them when they were young,” he said. “When our kids were playing with Lego, we didn’t play with them. This is something that was really missing.”

In a video she released in January, his daughter Annabel said she believed her parents deliberately didn’t spend lots of time with her growing up because they wanted to teach her to be independent. Not only did they not help her personally, but they also asked others not to help, she said. “Sometimes I would envy other children who had more time with their parents,” she confessed.