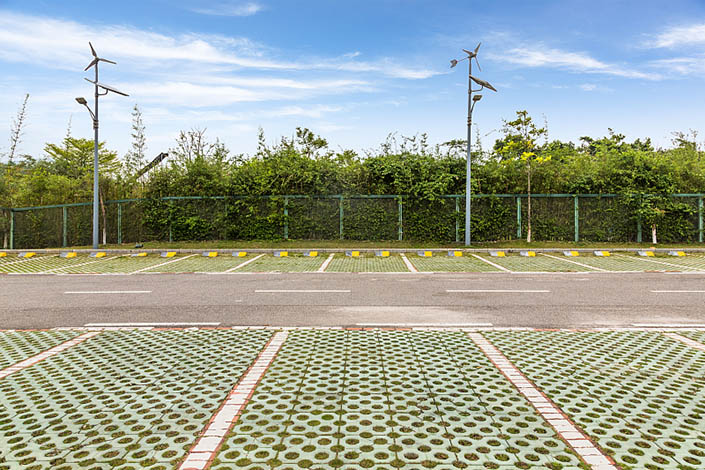 Hello ESG Biweekly readers, this week we will launch a new section — expert view. In addition to news and highlights, we’ll talk to one industry expert on a key ESG topic. This first analysis is from Zhang Jianyu, chief representative of the Environmental Defense Fund’s China Program, who has been involved in establishing China’s carbon trading system since 2013. Please share any feedback you have with us.

Over the past 20 years, climate change issues shifted from the desk of foreign affairs officials, to the macroeconomic planners and finally to the environmental watchdog. After President Xi Jinping’s pledge on carbon peaking and neutrality, almost all government departments have geared up to make their own plans. The regulation landscape is becoming increasingly complex.

Currently, three ministerial-level departments take leading roles. The Ministry of Ecology and Environment is the main agency responsible for issuing policies related to climate change and the carbon goals, including setting up and managing the highly anticipated national carbon emission trading market. While the National Development and Reform Commission (NDRC) is in charge of drafting policies on a macro level, it also focuses on resource conservation and energy-saving issues. The central bank leads green finance-related work.

At the local level, power is rather spread out. On carbon trading, eight provinces and cities were designated as pilots over 10 years, and a few emerged with continued programs. Shanghai is the National Carbon Market’s designated location for spot goods and spot trading, Wuhan is for its registration, custody and settlement, and Beijing is the trading center for Chinese Certified Emission Reduction, which is currently on hold. And Guangzhou is intended for carbon futures trading. There are also six provinces designated as green finance zones.

A higher-level body was recently created. On May 27, in a meeting presided by Vice Premier Han Zheng, China’s first leading group for carbon peaking and neutrality was set up. While we do not yet have the full details of this organ so far, it deserves special attention as it will play a critical role in interministry coordination.

Looking back, China’s climate policymaking framework has been through three phases:

• In the 1990s, the Ministry of Foreign Affairs was the main body responsible for climate policies, during which time the principle of “common but differentiated responsibilities” was emphasized by Chinese diplomats.

• In 2008, right before Copenhagen Summit (COP 15), the Climate Department was established under the NDRC, the macroeconomic planning body. In the following decade, China became the world’s largest producer of renewable power from wind, as well as solar photovoltaics.

• In 2018, this baton was passed to the environment ministry as the main leading body, and President Xi Jinping’s pledge in October 2020 made the issue top of government’s agenda.

On May 16, the Department of Climate Change authorized the China Building Materials Federation to work on the building materials industry’s inclusion in the national carbon market. The entrusted tasks include developing quota allocation plans and measuring base values for sectors such as cement, organizing operational tests, researching systems for market monitoring, and providing consulting services.

On May 7, the CSRC published the revised “Standards for the Contents and Formats of Information Disclosure by Companies Offering Securities to the Public No. 2 - Contents and Formats of Annual Reports (Exposure Draft)” (公开发行证券的公司信息披露内容与格式准则第2号—年度报告的内容与格式（征求意见稿）) to solicit public opinions. The major change in this draft is a new chapter on environmental and social responsibility. Specifically, relevant clauses concerning environmental protection and social responsibility are integrated into “Chapter V: Environmental and Social Responsibility.” The revised report stipulates that companies must disclose any administrative penalties exacted during the reporting period due to environmental problems. It also encourages companies to voluntarily disclose measures employed to reduce carbon emissions.

On May 7, five major state-owned banks: Industrial and Commercial Bank of China, Bank of China, China Construction Bank, Agricultural Bank of China and Bank of Communications were approved to invest in the National Green Development Fund. They will jointly contribute 39.5 billion yuan ($6.1 billion) and the capital will be invested in the fund in batches. Data show that the National Green Development Fund has attracted an initial investment of 88.5 billion yuan ($13.8 billion) and has 26 shareholders, including governments, banks and enterprises. The Ministry of Finance holds the largest share, with a subscribed capital contribution of 10 billion yuan and a shareholding ratio of 11.3%. In addition to the five state-owned banks, other shareholders include China Development Bank, Shanghai Pudong Development Bank, Bank of Shanghai and Shanghai Rural Commercial Bank, with shareholding ratios of 9.04%, 7.91%, 2.26% and 1.13%, respectively.

North China’s Inner Mongolia has announced more plans to crack down on cryptocurrency mining as part of its efforts to slash its energy consumption over the next few years. China is the biggest consumer of computational power for mining Bitcoin, but policymakers now are putting pressure on local governments to reduce annual energy consumption per unit of GDP to implement its pledge of reaching peak carbon emissions by 2030.

On May 12, the Chinese State-owned Property Exchanges Association (中国企业国有产权交易机构协会) established the Carbon Neutrality Research Center. The new research center will focus on carbon trading policy, legislation and markets to facilitate a smooth transition to a nationwide carbon market. Located in Xiamen, Fujian province, the center will mainly rely on the Xiamen Property Rights Exchange Center to operate and further propel the establishment, improvement and expansion of green financial service chains in terms of carbon trusts, carbon guarantees, carbon funds, and carbon asset management.

ICBC Credit Suisse Asset Management Co. Ltd. (ICBCCS) has actively integrated ESG into its investment analysis and decision-making process. On May 17, ICBCCS launched its first ESG-themed ETF — the ICBCCS CSI 180 ESG ETF. With the CSI 180 ESG Index as its tracking target, the fund is expected to function as an investment instrument in the “carbon-neutral” layout.

On May 10, the first batch of seven sustainability-linked bonds (SLB) hit the market. These SLBs were issued by China Huaneng, Datang International Power Generation, China Yangtze Power, GD Power, Shaanxi Coal and Chemical Industry Group, Liuzhou Steel Group and Hongshi Group. The first batch of projects consists of medium and long-term bonds (two years and above) and have a total value of 7.3 billion yuan. The market response was upbeat, with 81 investors participating (43 obtained) and the bonds being 2.09 times oversubscribed. The coupon rate is generally lower than issuers’ secondary market rate over the same period. The launch of SLBs is a helpful supplement to the green bond market following carbon neutrality bonds, helping to facilitate carbon-intensive enterprises’ carbon emission reduction.

On May 17, Jiangxi Ganfeng Lithium Co. Ltd. announced that it had signed a memorandum of understanding with Argentina’s Jujuy province and the country’s Ministry of Productive Development. The memorandum regards Cauchari-Olaroz, one of the largest battery-grade brine lithium carbonate production projects in the world. The plant is to be constructed by Ganfeng Lithium and its subsidiary Minera Exar.

On May 5, Liu Guiping, deputy governor of the People’s Bank of China (PBOC), indicated that the central bank will focus on resource allocation, risk management and market pricing to improve financial support for green and low-carbon development, and will work together to construct green financial reform innovation pilot zones.

Meanwhile, the PBOC will launch the expansion of green financial reform innovation pilot zones in a timely manner. According to Liu, all zones should make full use of the role of green financial standards, guide the investment structure’s transformation and upgrading, and reduce economic development’s dependence on “high energy-consuming and high-polluting” projects and energy-intensive industries.

On May 9, Ma Jun, president of the Beijing Institute of Finance and Sustainability and a member of China Finance 40 Forum, summarized the international experience in eight aspects of “financial support for carbon neutrality” and pinpointed what regulators and institutions should take away:

• Standards for defining green finance and sustainable finance should be formulated based on the European Union’s principle of “do no significant harm.”

• Environmental-climate risk analyses should be conducted, requiring the regulatory authorities to establish a set of standard analytical methods and frameworks.

• Climate-related information management and disclosure should be enhanced, especially regarding carbon footprints.

• Exposure to brown assets should be calculated and disclosed.

• Financial products related to carbon footprints should be developed.

• Financial products for green transformation should be the subject of greater focus. Asset owners should become a driving force in asset greening.

• Carbon neutrality tasks should be proactively completed by financial institutions, as an example for the rest of society.

Green Financial Reform and Innovation Pilot Zones, established in 2017, are testing grounds for a number of initiatives towards the vision of a robust national green finance system. These include green finance information system, green loans, green bonds and green insurance schemes. Now there are nine pilot zones in six provinces.

In an op-ed, Zhou Chengjun, the director of the PBOC’s financial research institute, shared views on the carbon market, transformative finance and the country’s first carbon-neutral city from inside the central bank.