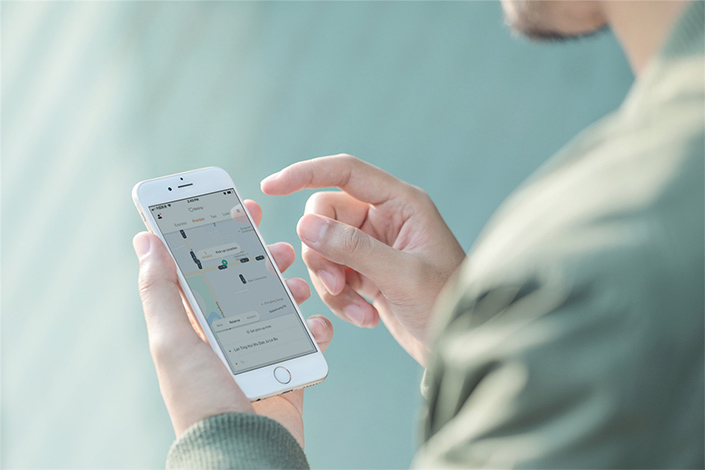 Didi Chuxing has had no serious challenger in the Chinese ride-hailing market since it bought out Uber, and legal and regulatory tailwinds and vast investment have helped it maintain its dominance. Photo: Didiglobal.com

Didi Global Inc.’s June 30 IPO might naturally have been worthy of celebration, but the firm appeared to lay low in the run up to the blockbuster public float, engaging little with the press. Executives raised eyebrows by failing to ring the brass bell at the New York Stock Exchange at the start of trade, as is customary for newly listing firms.

As it turns out, trouble was brewing. The Cybersecurity Review Office of China went public with its review of the Chinese ride-hailing titan on July 2, and banned its local app from registering new users. Existing users have been able to continue booking rides as normal.

On July 4, the Cyberspace Administration of China (CAC), which houses the Cyberspace Review Office, ordered Didi’s app removed from app stores and accused it of having seriously violated laws and regulations to collect and use private information. It did not give specifics.

It shows the company is classed as critical information infrastructure, Bahmanyar said.

“It’s about sending a message. It’s essentially saying that just because you’re big, you won’t get away with anything you want to do.”

It’s not the first time Didi has received legal and regulatory scrutiny amid its rise from a tech startup to China’s largest ride-hailing giant. What shape it will be in when it emerges from the crisis remains to be seen.

The rise of ride-hailing

Technology and capital poured into the ride-hailing sector over the past decade as the new form of transport developed. Online ride-hailing services were already becoming available in Beijing and Hangzhou when Didi Dache launched in 2012.

From the outset, the emerging services received strong support from passengers and many drivers — mainly because they burned cash on generous subsidies for both. That support has been useful whenever suspicions about their potentially unlawful operations have been raised.

Even in the face of significant pushback from taxi drivers who had been left out of the picture, the ride-hailing market continued to expand. Capital markets began to flex. On Valentine’s Day in 2015, Didi Dache and Kuaidi Dache, its major domestic rival, announced a plan to merge. It soon rebranded as Didi Chuxing. At the time, experts were split on whether the merger broke China’s anti-monopoly law.

Another milestone came on July 28, 2016, when authorities finally implemented a national level policy on ride-hailing, and China became the first nation to legalize the practice nationwide.

The long-awaited policy jointly released by seven Chinese government departments, including the Ministry of Transport, set out the legal framework within which the services could operate. The rules, which came into effect on Nov. 1 that year, said ride-hailing firms needed to station their computer servers on the mainland, share all data with transport authorities, sign labor contracts with drivers and provide insurance for cars and passengers.

On Aug. 1, just three days after the new policy was implemented, Didi Chuxing acquired Uber China, its biggest competitor. Didi Chuxing announced that it had reached a strategic agreement with Uber Global that Didi Chuxing would purchase the total assets, including brand, business and data, of Uber China and take over its operations on the mainland.

Didi Chuxing has had no serious challenger in the Chinese ride-hailing market since, and legal and regulatory tailwinds and vast investment have helped it maintain its dominance.

Didi has kept a low profile in recent years that might seem at odds with its more than 90% share of China’s ride-hailing market. But a series of scandals have rocked the company, with the most high-profile involving passengers murdered by drivers working for Didi’s Hitch carpool service three years ago.

On Aug. 24, 2018, a 20-year-old woman surnamed Zhao was raped and murdered by a Didi driver surnamed Zhong. It was the second Didi-linked murder of a passenger in just three months, and amid growing public outrage, senior Didi executives were summoned by regulators for a face-to-face meeting and ordered to make changes to the app. After the meeting, Didi Chuxing announced new safety measures.

After Didi Chuxing’s acquisition of Uber’s China operations, the market appeared to change its supportive tune. Calls to ease online ride-hailing regulations diminished, and concerns about the firm’s monopolization of the market grew.

On May 14, eight authorities held joint regulatory talks with 10 platform companies including Didi Chuxing. High commissions, opaque distribution mechanisms and ad hoc adjustment of pricing rules were on the agenda.

Faced with increasingly strict regulation, Didi is at a crossroads. No longer a startup, the sprawling tech firm must quickly adapt to legal and regulatory risks. Its troubles also represent a crossroads for the industry it represents.