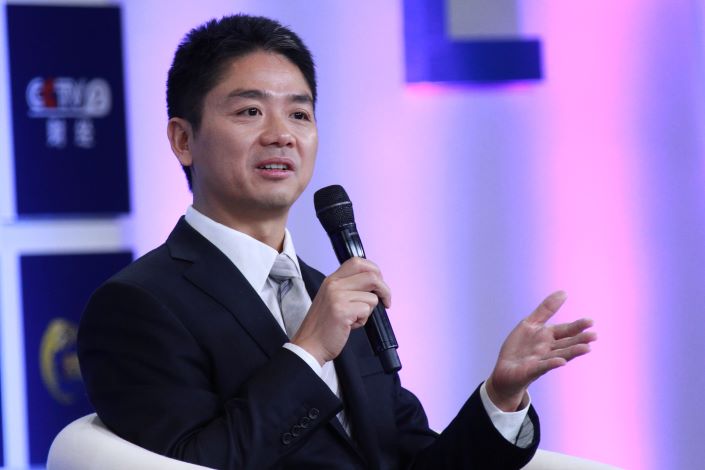 The founder of e-commerce giant JD.com Inc. Richard Liu is to step back from day-to-day operations by handing over the reins to a company veteran, though the tycoon retains his notoriously tight grip over power within the company.

In a Monday filing to the Hong Kong bourse, the company said it had created a new president position responsible for such operations, and that it would be filled by Xu Lei.

But unlike a string of founders of other major Chinese tech companies that have recently stepped back from daily operations — such as those of TikTok-operator ByteDance Ltd. and e-commerce player Pinduoduo Inc. — Liu has not given up his positions as CEO and chairman of the board.

The decision to disperse some of Liu’s responsibilities comes as the Chinese tech sector continues to be roiled by a wide-ranging ratcheting up of regulatory scrutiny, covering areas including anti-competitive behavior, data abuse and “algorithmic bullying.”

The filing said that Liu — known in Chinese as Liu Qiangdong —will focus on the company’s long-term strategy, mentoring younger executives, and “contributing to the revitalization of rural areas” — a key Chinese government priority.

“Looking to the future, the correct long-term strategic design, the growth and development of young talents, and the healthy and coordinated development of various business units will continue to be the driving force for JD in doing the hardest and most challenging, but right and most valuable things for the industry,” Liu was quoted as saying in the statement.

Xu joined the e-commerce giant in 2009 and became the CEO of its retail subsidiary in 2018. He was responsible for the launch of paid membership service JD Plus and the Super Brand Day strategic marketing program. He will continue to report to Liu.

Other management changes announced Monday will see Xin Lijun take over as CEO of JD Retail, while his former role as CEO of JD Health International Inc. will go to Jin Enlin. Jin was previously the general manager of JD Health’s pharmaceutical department.

Liu has given up other positions in recent years, including top roles at company’s logistics, cloud computing, and health care units. In April 2020, he resigned as the legal representative, executive director, and general manager of Beijing Jingdong Century Trading Co. Ltd., the chief operating entity of JD.com.

Liu retains absolute control of his company. According to JD.com’s annual report released in April, Liu has a 13.9% stake in the company but holds 76.9% of the voting rights.

Concerns about so-called “key man risk” at JD.com — the danger that decision-making would be paralyzed in Liu’s absence — came to the fore in 2018, when he was accused of rape by a woman in the U.S. Minnesota prosecutors ultimately said they wouldn’t press felony rape charges against Liu because of insufficient evidence.

Pivoting into public works is a well-trodden path for tech tycoons typified by Microsoft’s Bill Gates and echoed at home most famously by China’s highest-profile businessman, Alibaba founder Jack Ma, who established an eponymous foundation in 2014. It has taken on new impetus recently as the government launches a top-level campaign to share the nation’s wealth more equitably. There was no detail on what aspect of rural revitalization Liu would focus on.

Zhang Yiming, ByteDance co-founder, announced he was stepping down as CEO in May. His said he would remain at the firm but would focus on “longer-term initiatives.” He also announced a $77 million donation to his hometown government for rural education initiatives.

Pinduoduo founder Colin Huang Zheng stepped down as chairman of China’s largest e-commerce site by users in mid-March, saying he wanted to pursue personal interests including research in food and life sciences. He relinquished his CEO role in July 2020.

Just a week before Huang’s departure, Simon Hu resigned as CEO of Ant Group Co., citing personal reasons and plans for philanthropic work, months after the Alibaba-affiliated fintech giant’s IPO suspension. Around the time of that suspension, Alibaba’s Ma vanished from public view for three months, sparking speculation he had fallen afoul of the law.

Shares of JD.com gained 1.35% in Hong Kong after the announcement.