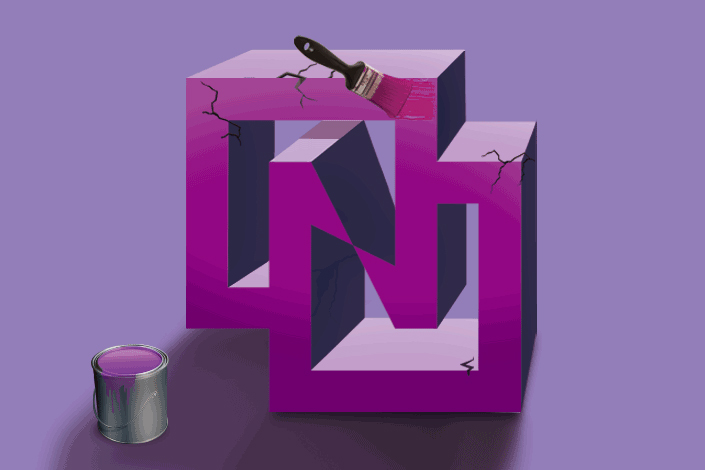 Tsinghua Unigroup Co. Ltd. is on a fast track for asset restructuring under pressure from creditors as the once high-flying maker of computer chips is mired in a nearly two-year debt crisis. At stake are nearly $46 billion of assets and one of China’s most ambitious semiconductor investment projects.

Unigroup, majority owned by Tsinghua University in Beijing, was once at the forefront of China’s drive to develop a domestic semiconductor industry. The company embarked on a series of acquisitions and investments in the capital-intensive integrated circuit sector between 2013 and 2019, forging partnerships with Intel Corp. and HP Inc. and emerging as a major player. But it failed to generate income quickly in an industry famous for huge costs of entry and long payback periods. Since late 2020, the company has defaulted on a raft of bonds amid an escalating capital crunch.

China’s support for the private economy has not changed and will not change in the future, Vice Premier Liu He said in a speech at a digital-economy trade fair he attended via video link on Monday, the official Xinhua News Agency reported.

Liu spelled out the simple but powerful math involved. The private economy contributes more than 50% of China’s tax revenue, over 60% of GDP, at least 70% of technological innovation, and more than 80% of urban employment, and accounts for easily 90% of market entities, he said.

The country will let the private economy play a greater role in stabilizing economic growth and employment while promoting structural reform and innovation, he said.

At least 10 of China’s large or midsize listed banks reported a rise in their nonperforming loan (NPL) ratios for the real estate industry in the first half year, due in part to exposure to debt-ridden developers facing liquidity problems, according to Caixin calculations based on half-yearly earnings reports.

Hong Kong- and Shanghai-listed Industrial and Commercial Bank of China Ltd., the world’s largest bank by assets, saw its ratio of NPLs from real estate corporations rise to 4.29% at the end of June from 2.32% at the end of last year, its half-year report shows. Another Hong Kong- and Shanghai-listed lender, China Merchants Bank. Co. Ltd., reported a rise to (link in Chinese) 1.07% from 0.3%.

Stocks to be traded on the new Beijing Stock Exchange (BSE) will not be allowed to rise or fall more than 30% within a single trading day, according to the China Securities Regulatory Commission (CSRC), the country’s top securities regulator.

New listings won’t be subject to any caps on price changes on their first trading day, and the daily price limit will be applicable only starting their second day of trading, a CSRC spokesperson said Friday (link in Chinese) as the commission released a set of draft regulations on supervision of the new exchange.

Charts of the Day: Beijing Stock Exchange registers names of board members

The German ambassador to China, Jan Hecker, died after about two weeks in the post, the German Foreign Ministry said Monday. He was 54.

“It is with deep sadness and dismay that we learned of the sudden death of the German ambassador to China,” the ministry said in a statement published on the website of Germany’s embassy in China. “Our thoughts are with his family and the people who were close to him.”

The ministry did not provide details on the cause or time of death.

The founder of e-commerce giant JD.com Inc. Richard Liu is to step back from day-to-day operations by handing over the reins to a company veteran, though the tycoon retains his notoriously tight grip over power within the company.

In a Monday filing to the Hong Kong bourse, the company said it created a new president position responsible for such operations, to be filled by Xu Lei.

But unlike a string of founders of other major Chinese tech companies that have recently stepped back from daily operations — such as those of TikTok-operator ByteDance Ltd. and e-commerce player Pinduoduo Inc. — Liu has not given up his positions as CEO and chairman of the board.

JD.com unit to take over China Logistics in $2.1 billion deal

A 20-year-old children’s English and math tutoring company in Shanghai abruptly shut down Friday, leaving thousands of parents claiming tens of millions of yuan of prepaid tuition amid the fallout from China’s restrictive new rules on the private tutoring industry.

Greenlight Kids Education, a well-known tutoring company with more than 30 campuses in Shanghai, said Friday on its official WeChat account that all the campuses were closing and the company would arrange refunds for remaining classes Friday afternoon.

Taxation can be a tool to bolster data governance goals, Tsinghua professor says

A prominent economics professor and Chinese government policy adviser called for authorities to make wider use of taxation to reform firms’ data governance, balancing the rights and interests of consumers, data collectors, developers and those who generate revenue from information they collect.

Data governance is too important to be left to market forces and companies’ self-discipline, Chong-En Bai, dean of the School of Economics and Management at Tsinghua University, told a Beijing e-commerce convention in a speech Friday. Instead, the government or industry associations should come up with a framework on data usage, he said.

Didi Global Inc. denied reports that the Beijing municipal government is coordinating a proposal for state-backed companies to take a controlling stake in the ride-hailing giant as it faces regulatory scrutiny.

Citing unnamed sources, Bloomberg reported Friday that several Beijing-based companies, including Shouqi Group — which is part of the state-owned Beijing Tourism Group Co. Ltd. — would acquire such a stake in Didi.

Chairman of chipmaker SMIC quits due to health issues

Clock ticks for Evergrande as $7.4 billion of bonds due 2022

Editorial: China’s economy has grown up. Its education system needs to keep up

China to invest $356 million in decarbonization