By Qian Tong and Manyun Zou 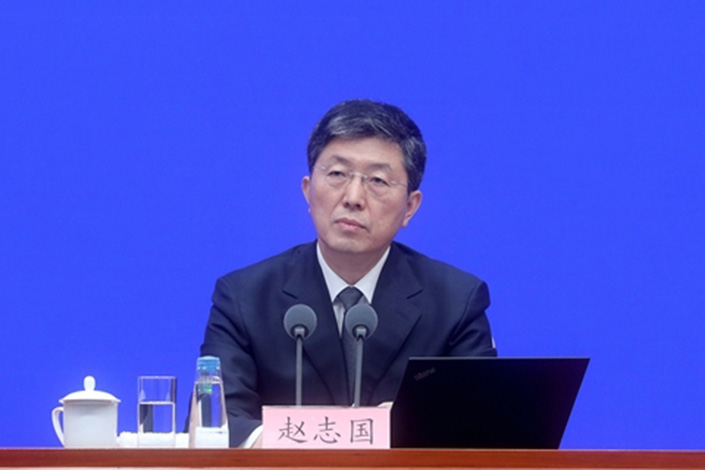 Chinese internet firms have yet again been urged to stop blocking each other’s links — the so-called “walled gardens” technique used to protect their own digital ecosystem — in the latest of the flurry of government moves targeting tech sector practices deemed anticompetitive.

“We will urge related companies to follow requirements and open up links to each other’s instant messaging platforms step by step,” Zhao Zhiguo, the general director of the Ministry of Industry and Information Technology (MIIT) Information and Communication Management Bureau, said at a Monday press conference.

Tencent Holdings Ltd. and Alibaba Group Holding Ltd. have long erected walls between their platforms. Alibaba’s e-commerce sites Taobao and Tmall do not allow shoppers to use Tencent’s WeChat Pay system to complete transactions. Meanwhile, WeChat’s 1.25 billion users can’t send each other direct links to Taobao and Tmall products, and stores on WeChat do not accept payments via the Alibaba-affiliated Alipay service.

The MIIT has received many complaints over link blocking, which “messes up users’ experience, harms their rights, and disrupts the market,” Zhao added. “Securing normal access to legal websites should be the basic requirement for internet development.”

Tencent responded that it respects the ministry’s decision and will fix the problem gradually. The company’s President Liu Zhiping said during the company’s second-quarter earnings call that “the interconnection between different platforms is very complicated” because all platforms have their own rules.

Tencent, which owns WeChat, was an early investor in ride hailing firm Didi, contributing $15 million in the firm’s Series B fundraising round in 2013, according to Crunchbase. In 2014, WeChat barred the official accounts of then-Didi-rival Uber, saying the company had not submitted the correct paperwork to register corporate accounts.

Then a year later, Baidu-backed ride hailing app Yidao also found itself blocked after it unveiled a price comparison feature. WeChat said that the app violated its operating rules because it asked users to share promotional content with each other.

The blocking prompted a rebuke from Yidao founder Zhou Hang, who penned an open letter hinting that Tencent was abusing terms and conditions governing its WeChat app to thwart Didi’s rivals. “Who gave WeChat permission to play God?” the company said in a statement.

During the pandemic, WeChat blocked links to Alibaba-owned workplace chat app DingTalk, such as inviting a WeChat user to join a conference call, citing concerns the app was “posing a threat to the privacy and security of WeChat users.”

In February, ByteDance, the developer of TikTok and its Chinese twin Douyin, filed a lawsuit against Tencent for allegedly violating Chinese antitrust laws by blocking access to Douyin on its messaging platforms.

The TikTok developer also posted a document on its WeChat official account in June titled “How Tencent Blocks ByteDance Between 2018 and 2021.” It was later deleted by ByteDance.

No more updates about the lawsuit have been released so far, but in April, China’s antitrust watchdog mentioned the goal of “preventing an exclusive online system and securing a shared environment” for the first time.

MIIT announced a six-month campaign to clean up online activities in July and ordered 25 technology companies including Alibaba, Tencent, and ByteDance to carry out internal reviews and fix issues including pop-ups, data collection, and the blocking of external links.

Beijing has been cracking down on technology companies over concerns like antitrust, data security, and workers’ rights. Two of the most high profile moves in this regulatory barrage were the suspension of the fintech giant Ant Group Co. Ltd. Hong Kong listing last year and the removal of Didi apps from app stores days after the ride-hailing company listed in the U.S. in June.