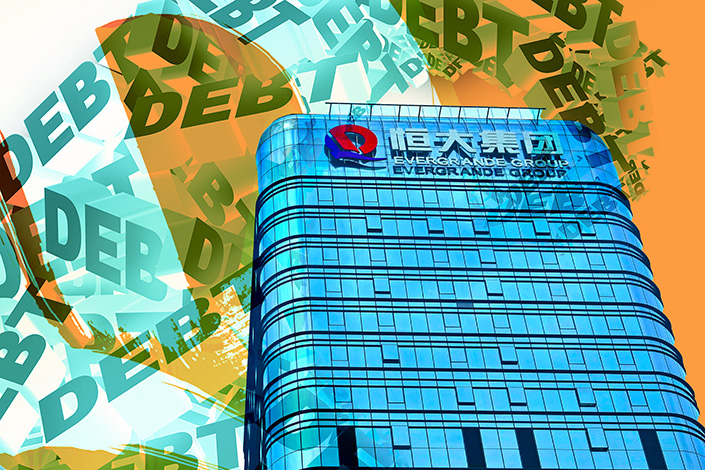 Evergrande has not been transparent about its off-balance-sheet liabilities.

In Depth: How Evergrande hid its debt

Judging from its balance sheet, China Evergrande Group is a behemoth.

Evergrande managed to lower this number mainly by deferring payments to its suppliers. But that just shifted the liabilities to another part of its balance sheet. Its trade and other payables increased by 122 billion yuan in the first half of 2021, compared with the end of 2020.

Revenue jumped one-third to 4 billion yuan on the back of price increases, the company said in its 2020 annual results released Tuesday. The earnings were delayed after the company had to redo earlier financial results due to the accounting fraud scandal that rocked the Chinese coffee chain last year along with broader confidence in Chinese stocked listed in the U.S.

In a separate statement released on the same day, Luckin also said it offered $187.5 million to settle all claims in a U.S. securities class action lawsuit filed last year over its accounting fraud.

Property investment increased 0.3% year-on-year in August, the smallest rise in 18 months and down from a 1.4% gain in July.

China’s economy has reached the point that it needs to shift away from heavy reliance on the property industry, and authorities should fine-tune policies to counter risks, experts said.

China’s once white-hot real estate industry has shown signs of a deepening slowdown amid tightening regulatory controls. The country’s home sales by value slumped 20% in August from a year earlier, the biggest drop since the onset of the pandemic in 2020, recent data from the National Bureau of Statistics showed.

Launched in 2014, Huabei is a “buy-now-pay-later” service offered through Alipay, China’s leading payment platform. As of June 2020, Huabei and Jiebei, another of Ant Group’s consumer lending services, loaned more than 2 trillion yuan ($309 billion) to millions of users, according to the prospectus for the fintech giant’s now-shipwrecked IPO. The two lending services are Ant’s biggest money-earners.

Cross-border settlements in the Chinese currency totaled 28.39 trillion yuan ($4.39 trillion) in 2020, up 44.3% from the previous year, according to the People’s Bank of China.

Yuan settlements accounted for 46.2% of overall cross-border settlements, 8 percentage points higher than in 2019 and reaching a record high, the central bank said.

China appealed a World Trade Organization ruling that rejected the nation’s claims against the U.S. relating to measures that the Trump administration imposed on solar panels imported from Chinese manufacturers.

Earlier this month, a WTO panel said China failed to establish that Washington’s safeguards against imports of certain crystalline silicon photovoltaic cells were inconsistent with WTO rules. China notified the WTO Monday of its decision to appeal, the Geneva-based body said in an emailed statement.

China will not build new coal-fired power projects abroad, Chinese President Xi Jinping said in a speech to the United Nations General Assembly Tuesday. He said the country will increase efforts to realize its climate pledges.

Xi also said China country will give more support to developing countries in generating green and low-carbon energy, according to a transcript of his speech delivered via video released by the state-run Xinhua News Agency.

China’s top coal producers said they would maintain adequate shipments to power stations as demand outstrips supply to ensure the nation’s grid can operate uninterrupted ahead of the peak winter season and bring down surging prices, in part by selling directly to end users.

The violators include subsidiaries of two state-owned mining enterprises, China Nonferrous Metal Mining (Group) Co. Ltd. (CNMC) and China National Gold Group Co. Ltd. (CNGC), according to the Ministry of Ecology and Environment (MEE). The inspectors slammed the companies for poorly carrying out their environmental protection obligations, according to MEE reports published Friday.