CX Daily: Disappointments and Hopes From the Climate Summit 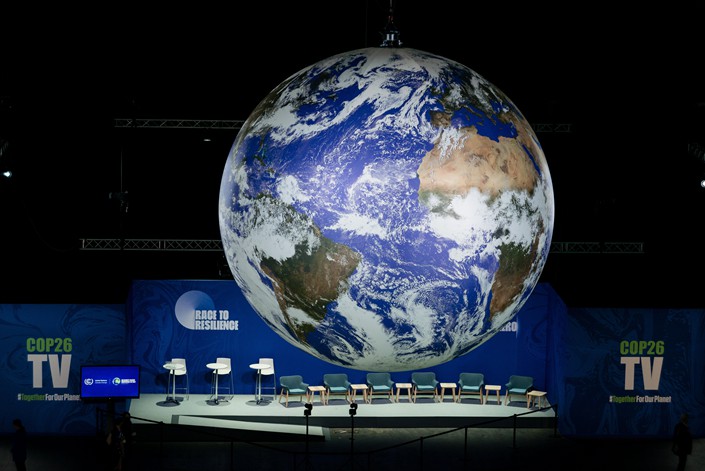 Cover Story: Disappointments and hopes from the climate summit

In two weeks of contentious negotiations Oct. 31 to Nov. 12 in Glasgow, nearly 200 countries hammered out major agreements to counter climate change, including long-awaited rules for global carbon trading and new pledges on methane gas emissions, climate financing and support for developing countries. A joint action deal between China and the United States added an encouraging development.

At the same time, experts said the Glasgow talks made only incremental progress that will be inadequate to truly limit potentially catastrophic global warming.

Hong Kong-listed shares of China’s big internet firms — including Tencent and Alibaba — mostly shrugged off news of a flurry of antitrust fines issued by the State Administration for Market Regulation (SAMR).

In the first salvo since the appointment of Gan Lin as the head of the country’s anti-monopoly bureau, Tencent Holdings Ltd. and Alibaba Group Holding Ltd. were each hit with more than 6 million yuan ($938,628) in penalties for 13 and 12 historic deals, among a total of 43 antitrust cases (link in Chinese) released by SAMR on Saturday. Each violation attracted a fine of 500,000 yuan.

Outside board members of about a dozen publicly traded Chinese companies quit after a court found independent directors of Kangmei Pharmaceutical Co. partially liable in the drugmaker’s massive fraud.

The wave of resignations may have been triggered by the court’s finding in a class-action lawsuit against scandal-plagued Kangmei last week, a board secretary of a publicly listed company told Caixin. Ordinarily, outside directors of publicly traded companies tend to quit at year-end or before companies’ annual reports, the person said.

Chinese experts warned that China could sever diplomatic ties with Lithuania if the European country continues to “act arbitrarily” on the Taiwan issue.

On Sunday, the Foreign Ministry said China downgraded its diplomatic ties with the Baltic nation of 2.8 million people to the “chargé d’affaires level” after “the political foundation for an ambassadorial-level diplomatic relationship has been damaged by Lithuania.”

China elevates ties with ASEAN in boost to backyard stability

The projects, proposed by banks, brokerages, fund managers, tech companies, a credit rating firm and an options trading market operator, cover a new generation of financial technologies including big data, cloud computing, artificial intelligence and blockchain, according to a statement released by Beijing Bureau of the China Securities Regulatory Commission (CSRC) and the Beijing Local Financial Supervision and Administration.

Shares of China Evergrande Group’s electric-vehicle unit jumped Monday after the company said it was planning to sell around HK$2.7 billion ($347 million) of stock to fund production of its first new-energy vehicle (NEV) amid ongoing liquidity issues.

Hong Kong-traded China Evergrande New Energy Vehicle Group Ltd. (Evergrande Auto) said it was planning to sell 900 million shares, or 9.05% of its total issued shares, through a top-up placing to at least six investors for HK$3 apiece, according to a filing with the bourse Friday evening. The figure represents a 15% discount to the company’s closing price that same day.

China is opening its coastal shipping market to international capital for the first time after the government gave a green light to a trial to allow qualified foreign businesses to transport foreign-trade cargo containers between certain domestic ports.

The State Council, China’s cabinet, said (link in Chinese) Thursday that it approved a proposal to launch a three-year pilot program for the Lingang district of China (Shanghai) Pilot Free Trade Zone.

Five Chinese nationals were kidnapped after a group of “unknown” gunmen attacked a mining company in the east of the Democratic Republic of the Congo in Central Africa Sunday, according to the Chinese embassy.

The incident took place (link in Chinese) early that morning in South-Kivu province, according to a Sunday statement issued by the embassy. Media reports said it occurred near the village of Mukera.