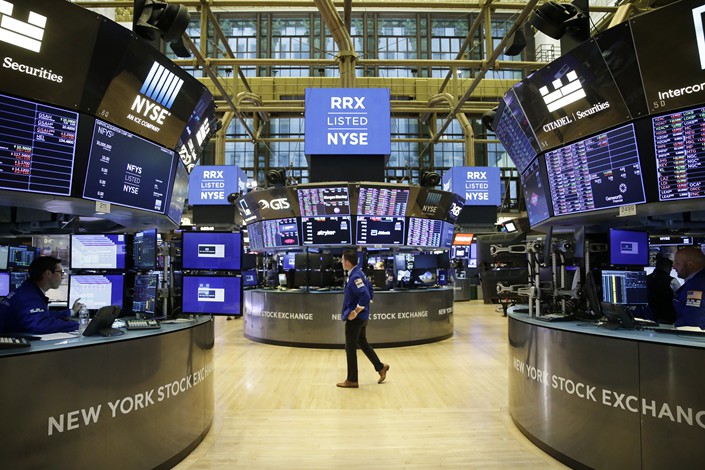 Chinese regulators are formulating new policies to regulate how the variable interest entity (VIE) structure can be used, sources with knowledge of the matter told Caixin

A controversial corporate structure used by companies including Alibaba Group Holding Ltd. and Didi Global Inc. that enables them to sell shares overseas has come under the spotlight once again amid reports Chinese regulators are planning to ban the arrangement.

Although the China Securities Regulatory Commission (CSRC) denied media reports about the change Wednesday, the watchdog and other government departments, including the National Development and Reform Commission (NDRC) and the Ministry of Commerce (MOFCOM), are formulating new policies to regulate how the variable interest entity (VIE) structure can be used, sources with knowledge of the matter told Caixin. Overseas listings through VIE structures will not be completely banned, and companies will be regulated differently based on which sectors they come under, the sources said.

If the regulatory overhaul goes ahead, it could deal another blow to Chinese companies aiming to conduct initial public offerings (IPOs) overseas and those already listed abroad, especially in the U.S., which has traditionally been the most popular destination for high-profile technology and e-commerce groups like Alibaba and its rival JD.com. Inc.

Southeast Asia is the next hot expansion destination for companies in the Guangdong-Hong Kong-Macao Greater Bay Area (GBA), a survey showed.

Nearly 60% of businesses in the GBA are considering expansion into the 10-member Association of Southeast Asian Nations (ASEAN) region in the next three years, according to a survey released Tuesday by the Hong Kong Trade Development Council and United Overseas Bank Ltd.

China’s insurance regulator asked firms in the industry to report a breakdown of their property investments through bonds, stocks and other instruments amid a campaign to contain risks and tackle misuse of insurance funds.

As of the end of October, the industry’s outstanding insurance funds reached 22.6 trillion yuan ($3.5 trillion), according to data from the China Banking and Insurance Regulatory Commission (CBIRC). The funds can be used to invest in a wide range of assets.

In an official document seen by Caixin, the CBIRC said some areas of misuse included illegal investment in residential properties and illicit financing for real estate projects.

Shanghai further relaxed its residency rules to allow nonlocal fresh college graduates to settle in the city, a move to lure more young workers and develop its talent pool.

Starting this Wednesday for a period until Dec. 31, students who graduate from local universities and work in the city’s five “new cities” and Lingang Special Area of China (Shanghai) Pilot Free Trade Zone can apply for household registration (link in Chinese), or “hukou,” according to a notice issued by the Shanghai Student Affairs Center affiliated to the municipal education commission.

The China Securities Regulatory Commission (CSRC) approved a pilot program in Shanghai for a trading platform to enable share transfers by venture capital (VC) and private equity (PE) funds, a step that aims to broaden exit channels for early- and late-stage investors.

The trial at the Shanghai Equity Exchange will be China’s second, following the launch of a similar pilot in Beijing in December 2020.

The contribution of high value-added industries such as biotech to China’s total economic inputs expanded in November due chiefly to a rise in labor investment, a Caixin index showed Thursday.

The Mastercard Caixin BBD New Economy Index (NEI) came in at 29.6 last month, indicating that new economy industries accounted for 29.6% of China’s overall economic input activities. The reading was up from 28.9 in October, rising for the second consecutive month.

Volkswagen AG’s Audi has remained tight-lipped over media reports that its failure to obtain a production license in China for an electric car joint venture with state-owned FAW Group Co. Ltd. that has delayed its local ambitions.

German auto publication Automobilwoche this week reported that the plan by the two partners to build electric vehicles in China is behind schedule due to a delay in receiving approval from the relevant authorities.

“Stakeholders for the project are in close communication,” Audi said in response to questions from Caixin, without directly addressing the report. “Further information will be communicated to the press in a timely manner.”

China’s No. 2 distiller Wuliangye Yibin Co. Ltd. is planning to raise the factory gate prices of its high-end products, Caixin learned, a move that could encourage other liquor makers to hike their prices.

According to multiple dealers, the Sichuan province-based producer of “baijiu” has verbally notified them that it will be adjusting the terms of its 2022 contracts for its flagship product, commonly known as Puwu, resulting in an average price increase of about 9% to 969 yuan ($152) per half-liter bottle.

Dairy products giant China Mengniu Dairy Co. Ltd. is now without either of its founders, after Niu Gensheng exited the company amid a management reshuffle.

Niu, 63, created Mengniu in 1999 after leaving another major dairy company he cofounded — Inner Mongolia Yili Industrial Group Co. Ltd. — and was its chairman until June 2011.

He remained as a nonexecutive director after 2011 and later joined the strategy and development committee in 2016. He has now resigned from both posts.

China has reported an increasing number of HIV/AIDS cases among out-of-school youth over the past decade as well as elderly men making up a greater proportion of new cases, according to latest statistics released in China CDC Weekly,.

The country recorded 10,398 HIV/AIDS cases among out-of-school youth ages 15 to 24 in 2020, up from 8,579 a decade earlier, according to a Nov. 26 analysis published in the health and science publication by the Chinese Center for Disease Control and Prevention.