CX Daily: Tencent to Hand Out $16 Billion to Shareholders 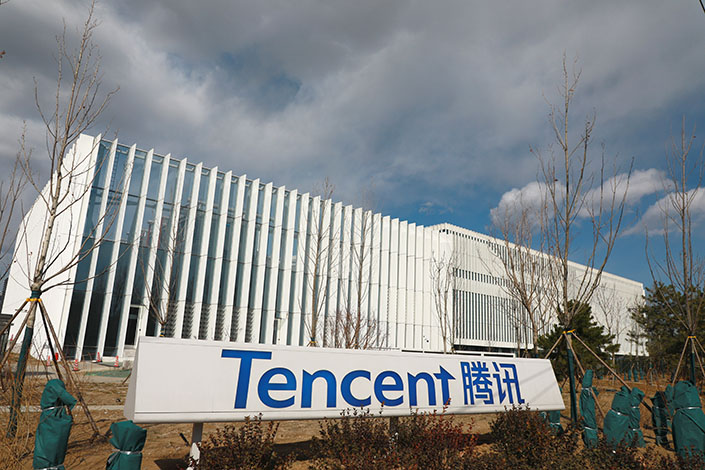 To a certain extent, the company’s decision was an attempt to avoid future risks, a source close to Tencent said. Photo: VCG

Internet giant Tencent Holdings Ltd. plans to distribute more than $16 billion of shares in JD.com Inc. to shareholders, giving up its position as the Chinese e-commerce company’s biggest shareholder.

Starting in March, Tencent will distribute 457 million Class A shares in JD.com as a special interim dividend, representing about 86.4% of its stake and 14.7% of the online retailer’s issued shares, according to a filing Thursday with the Hong Kong Stock Exchange. At Wednesday’s close, that many shares were worth HK$127.7 billion ($16.4 billion).

Tencent, which controls about 17% of JD.com, will hold roughly 2.3% of the e-commerce company’s shares after the special dividend, JD.com said in a separate statement. As part of the deal, Tencent President Martin Lau exited JD.com’s board effective Thursday.

Analysis: What to expect of China’s economy in 2022

After a bumpy ride in 2021, China enters a politically important year ahead. Where are the trends headed? What are the things to watch? And what will surprise us most?

The readout from the Central Economic Work Conference (CEWC) that concluded Dec. 10 became the most widely dissected document of this economically turbulent year. Every single word of the 4,000-character long statement was put under the microscope: In describing the real estate market, why was achieving a “virtuous cycle” put before “healthy development,” a placement that differs from the Dec. 6 Politburo meeting statement? Why was the “houses are for living in, not speculation” position mentioned only in the CEWC, but not in the Politburo meeting?

But one thing that’s certain is that growth will become the top priority in 2022.

China condemned a city government in the northern province of Hebei for arbitrarily fining and collecting fees from thousands of businesses to fill the hole in its coffers.

The case reflects the struggles of some local governments in making ends meet, as slowing economic growth and the troubled property market have bitten into fiscal revenue, especially from land sales.

Guo Hong, a former banking regulator, was expelled from the Communist Party and removed from public office for legal and disciplinary violations including accepting bribes, an official announcement said Wednesday.

Guo was arrested in October and prosecuted in a Tianjin court in November on charges including accepting “particularly huge sums in bribes,” according to previous official statements.

Booster shots may be key to protection from omicron, study shows

Year in Review: China’s diplomacy in 2021 — strategic defense and counteroffensive

China approved the formation of a rare-earth elements behemoth by state-owned units including that of China Minmetals Corp. that may produce more than two-thirds of the country's output of the heavy variety of the materials essential for producing electric vehicles, consumer electronics and military equipment.

China Minmetals Rare Earth Co. Ltd. said in a late Wednesday exchange filing (link in Chinese) that the new group will be controlled by the State-owned Assets Supervision and Administration Commission (SASAC) and will be made up of rare-earth arms of state-run giants including its parent company China Minmetals, Aluminum Corp. of China and Ganzhou Rare Earth Group Co. Ltd. The State Council officially approved the merger.

Celebrities have until end of next week to admit tax dodging, five Chinese regions say

Five Chinese regions ordered showbiz and livestreaming stars to admit any tax dodging by the end of next week, just a few days after a top online influencer was slapped with a record fine for tax evasion.

The tax authorities ordered celebrities to check whether they’ve committed any tax-related wrongdoings, correct any problems and proactively report them to the authorities by the end of 2021.

Hynix earlier secured permission from U.S. and European watchdog agencies, and China’s nod was the final hurdle to the Korean company’s largest-ever acquisition. China’s watchdog, however, stipulated a number of conditions, from ensuring Hynix pricing and supplies to “helping a third party break into” the computer and server solid-state storage market.