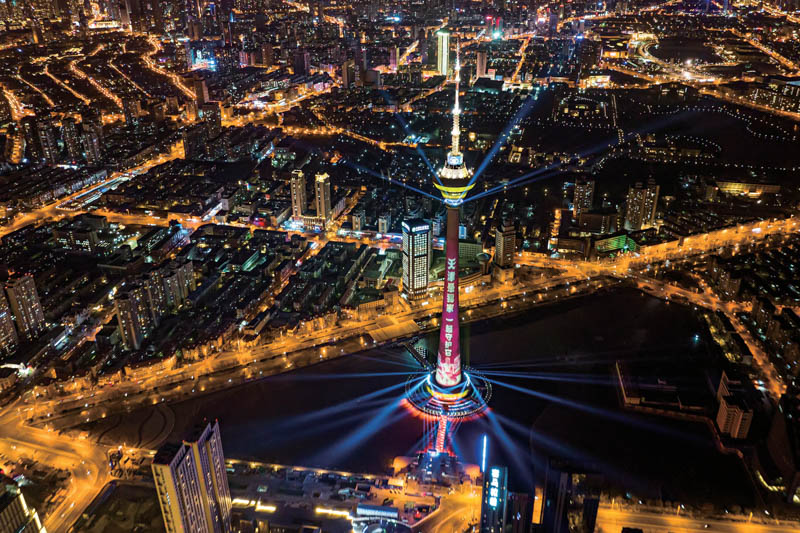 In less than two months since it was first reported, the highly contagious omicron variant of Covid-19 is storming the world, driving record-breaking case counts in the U.S. and Europe while breaking through heavily guarded borders elsewhere, including China.

On Jan. 15, Beijing reported the capital city’s first case of omicron, less than a week after the neighboring port city of Tianjin detected the country’s first local infection of the mutation.

Officials have quickly sealed off areas linked to infected people and launched massive virus testing covering millions of residents. But omicron’s rapid replication and less obvious symptoms make it much more difficult to track and control than previous variants.

The shutdown of Ant Group’s Xiang Hu Bao, the largest crowdfunded health-care platform in China, completed the collapse of a booming insurance-like industry just three years after its emergence. The platforms served more than 150 million people at the peak.

Under the online mutual aid programs, participants shared the risk of becoming critically ill and collectively bore related medical expenses. Dominant player Xiang Hu Bao, whose name means “mutual protection,” provided a basic health plan covering 100 types of critical illnesses, including cancer, critical brain injury and heart attack. In 2019, each member of Xiang Hu Bao paid as little as 29 yuan ($4.56)—about the cost of a cup of Starbucks coffee — and could receive a one-time payout of as much as 300,000 yuan for an eligible claim.

China’s GDP grew 8.1% in 2021 as the economy’s rapid recovery faded in the second half of the year amid power shortages and turmoil in the real estate sector, official data showed Monday.

The annual growth figure easily met the government’s target of “above 6%” that was set in March. However, this was partly thanks to a low comparison base in 2020, when the economy was disrupted by Covid-19 and grew by a mere 2.2%.

For the fourth quarter of 2021, the year-on-year growth rate was 4%, data from the National Bureau of Statistics (NBS) showed. That was the slowest quarterly figure that year, compared with 4.9% growth in the third quarter, 7.9% in the second quarter and 18.3% in the first quarter.

China’s securities regulator strengthened supervision of major money market funds under draft rules published Friday in a move that could affect the largest such fund managed by Ant Group.

Major funds are defined as those with more than 200 billion yuan ($31.49 billion) in net assets, or with more than 50 million investors, according to the rules issued by the China Securities Regulatory Commission (CSRC).

The CSRC did not name any funds. But currently the only two funds that directly fit the criteria are Tianhong Yu’e Bao, a money market fund managed by Tianhong Asset Management Co. Ltd. which is 51% controlled by Ant Group, and E Fund Management Co. Ltd.’s E Fund Money Market Fund.

A documentary series produced by China’s top graft watchdog and state broadcaster CCTV has revealed details of the cases of several former high-level officials ensnared for corruption, including a former vice minister of public security who is accused of cultivating a “political clique.”

Sun Lijun, the former vice minister who was indicted on charges including accepting bribes and illegally holding firearms, is featured in the five-episode series with on-camera confessions. At least four other former high-ranking police officers were in Sun’s faction.

Editorial: How to break through in market-based reform of production factors

BYD Co. Ltd.’s multimillion-dollar lithium mining deal with Chile has been suspended by a local court, just two days after the Chinese electric-car and battery maker won a quota of 80,000 tons of the sought-after metal.

The Court of Appeals of Copiapó accepted an appeal filed by the Atacama regional government against the bid and requested the mining minister submit related reports within 10 days, according to a notice (link in Spanish) published by the court Friday.

The deal, which has met with opposition over environmental and economic development concerns, would be BYD’s first step into directly controlling its supply of lithium, a key component of the batteries that power the Shenzhen-based company’s cars.

Tesla, Xpeng and several other electric-vehicle makers raised prices in China in the weeks since Beijing set a deadline for ending its financial subsidies for new-energy vehicles (NEVs).

The subsidies that car buyers receive for purchasing electric and other vehicles that don’t exclusively burn fossil fuels was cut by 30% at the beginning of 2022, the Ministry of Finance said Dec. 31 in a notice, which also confirmed that the government will no longer provide the subsidies after this year. The incentives, which have been in place since 2009, were cut by 20% in 2021 and by 10% in 2020.

Shares of the first chipmaker to sell stock on a mainland exchange this year were down 33.75% at the end of their first trading day Friday. That was despite the semiconductor industry’s bumper year, reflecting unprecedented demand during a pandemic-induced global chip shortage.