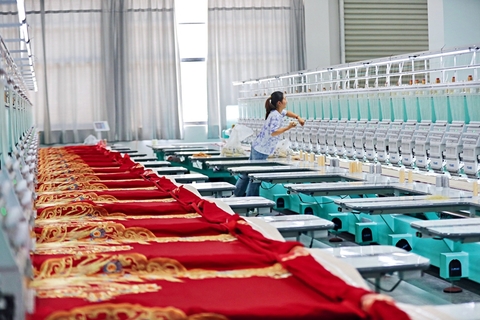 For China, fixing a slowing economy may hinge on making sure local governments aren’t strapped for cash.

In the wake of the country’s worst Covid outbreak since 2020, central government policymakers have introduced a package of measures to stimulate growth, including tax and fee cuts, deferred social insurance payments for companies, more credit support for small businesses, and accelerated bond issuances to finance infrastructure construction.

Most of this will be handled by local governments, whose budgets are already strained by an ongoing real estate slump and, in some cases, the mind-boggling cost of regular Covid testing for their local populations.

A district police chief and four other police officers are under investigation for their handling of cases linked to the brutal assault of four women at a barbecue restaurant June 10, after the police response was widely panned by the public as slow and sloppy.

Ma Aijun, head of the Lubei district branch of the Tangshan public security bureau, is being probed by graft busters in the neighboring city of Langfang, while the four others are being investigated locally, according to a statement (link in Chinese) issued Tuesday by Hebei province graft watchdogs. The officers are suspected of “serious violations of (Communist Party) discipline and law,” a phrase that usually refers to corruption.

A resident of Zhengzhou, the capital of Henan province, sued the provincial public health authority alleging abuse of the pandemic control health code system, adding another twist in a mushrooming scandal.

The resident, surnamed Xie, said she wanted to hold the Henan Provincial Health Commission accountable after her health code suddenly turned yellow, restricting her from attending a court hearing on a dispute regarding the demolition of her house.

Editorial: Against abuse of health codes

A city in the border province of Jilin has gone back into “silent management” of its Covid risk, barring all of its 3.6 million residents from leaving their residential communities unless necessary, three months after a lockdown was called in the province when omicron cases were detected.

Authorities in Jilin city implemented the measures after finding a single Covid case in the community Sunday. The measure will last from Monday through Wednesday, during which authorities will conduct three rounds of mass testing.

The United Nations will hold the second session of the 15th Biodiversity Conference in December in Montreal, Canada, rather than in China as previously arranged, according to a statement released Tuesday by the Chinese environment ministry.

The Chinese government, the secretariat of the U.N. Convention on Biological Diversity and the Canadian government reached an agreement on relocation of the venue, the statement said, adding that China will still hold the presidency of the meeting. The statement did not give a reason for the relocation.

Fisher: Chinese stocks will rebound with or without more stimulus

The Civil Aviation Administration of China (CAAC) is looking to increase flights to and from Vietnam and Thailand, according to local sources.

A source at 5I5J said that the company is exiting Hefei, Anhui province’s capital, closing not just its franchised offices but all self-operated outlets too.

Tencent slashes wager on stock that soared 684% in edtech frenzy

Inside the Jumbo Floating Restaurant