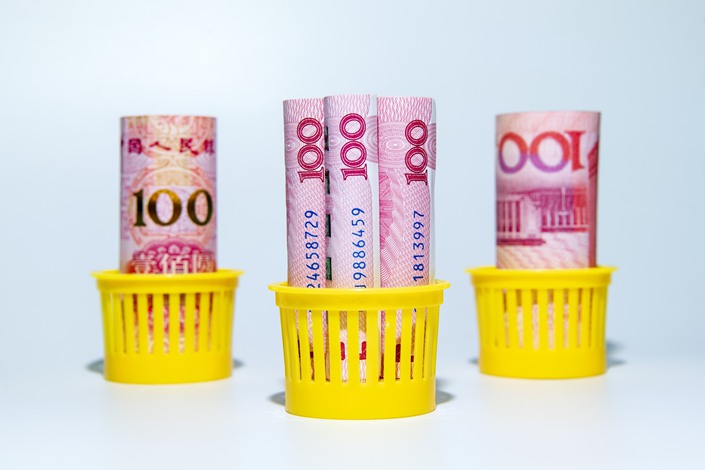 The central bank has taken another step forward in shifting its savings rate regime to a more market-based system. Photo: IC Photo

China’s central bank is testing the waters for a new mechanism that will give banks more freedom to set their own deposit rates, the latest step toward realizing its long-standing goal of liberalizing interest rates.

Lenders are being encouraged to adjust deposit rates using a deposit interest rate marketization mechanism, which was rolled out in April by the Self-Discipline Mechanism for Market Interest Rate Pricing, a banking industry body overseen by the People’s Bank of China (PBOC). The central bank disclosed the new mechanism in its first-quarter monetary policy implementation report released May 9.

Uproar over a baby taken during the one-child policy days

Several officials in South China’s Quanzhou county, including the county health bureau chief and deputy chief, were suspended Tuesday amid an uproar over a 32-year-old case of alleged official abduction of a baby during the one-child policy era.

A letter apparently from the bureau rejecting the parents’ request to probe the 1990 incident surfaced and stirred online outrage that led to the official inquiry.

Hospitals in the southern city of Shenzhen will be required to respect patients’ wishes in carrying out end-of-life medical treatment as an amendment to local medical regulations was approved in late June, giving people greater autonomy over how they die.

Shenzhen has become the first place in China to incorporate the living will in local legislation, ensuring that hospitals take patients’ written or recorded wills into consideration when treating them for terminal illness or at the end of their lives. Discussion generated by the decision has drawn more than 120 million views on Weibo.

Four village banks in central China’s Henan province that are under investigation for freezing billions of yuan of customer savings named new top leadership in a reshuffle orchestrated by the provincial government, Caixin learned from people familiar with the matter.

Each of the four lenders named a new chairman, chairman of the board of supervisors and senior executives, they said in statements posted on their websites. The banks are Yuzhou Xin Min Sheng Village Bank, Tuocheng Huanghuai Village Bank, Shangcai Huimin Village bank and Kaifeng Xin Dong Fang Village Bank.

The SRF plans to invest up to 20 billion yuan ($3 billion), preferably settled in the yuan, SRF President Wang Yanzhi said in a statement.

Beijing will ban most people who have not received a Covid-19 vaccination from entering busy public venues starting July 11 after a recent flare-up linked to bars demonstrated the high risk of exposure to the virus in such places.

The city government mandated that, apart from those exempt for medical reasons, people must have at least one Covid-19 shot to enter after-school training institutions, libraries, museums, cinemas, gyms, internet cafes and performance venues, among others, Li Ang, deputy director of the city’s health commission, said at a press conference Wednesday.

Chinese smartphone-maker Vivo Mobile Communications Co. Ltd. says it is cooperating with Indian authorities after they raided its local offices as part of a money laundering investigation.

The Directorate of Enforcement, a financial crime-fighting agency affiliated with India’s Ministry of Finance, Monday raided 44 offices of Vivo and associated entities in multiple states including Uttar Pradesh, Meghalaya and Maharashtra over suspected violations of the Prevention of Money Laundering Act, according to local media reports.

Japanese drugmaker Shionogi & Co. Ltd. applied for Chinese approval to sell its antiviral treatment for Covid-19, racing to become the second oral therapy to land in the country after Pfizer Inc.’s Paxlovid.

China’s road freight volume dropped at the start of this month as extreme weather and fresh Covid flare-ups threw up roadblocks to an industry already hit by earlier virus outbreaks and as weak consumer confidence weighed on demand.

In the six months through June, Shenzhen-based BYD sold 641,350 new-energy vehicles (NEVs) worldwide, representing a year-on-year increase of 315%, according to an exchange filing published Sunday. Of those sales, 323,519 were pure electric passenger cars and 314,638 were hybrid passenger cars. BYD also makes electric buses and cargo vehicles.