CX Daily: Why Southeast Asia Is a Battleground in the Global China-U.S. Rivalry 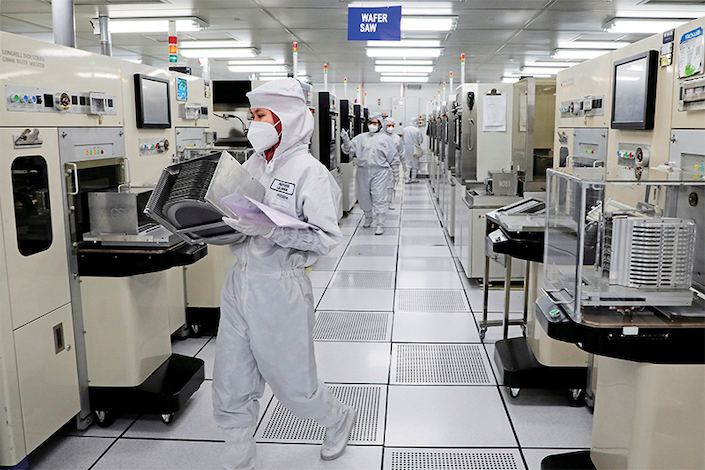 A semiconductor packaging plant in Malaysia.

Cover Story: Why Southeast Asia is a battleground in the global China-U.S. rivalry

Southeast Asia is getting more attention as competition between China and the United States heats up. The vast, diverse region of emerging markets is shaping up as a key geopolitical and economic battleground, but it may also offer opportunities for Sino-U.S. collaboration, analysts said.

In the most recent sign of the area’s importance, Indonesian President Joko Widodo made the first state visit by a foreign leader to China since the Winter Olympics in February. During his two days in Beijing starting July 25, Widodo met with Chinese President Xi Jinping and Premier Li Keqiang. The sessions “underscored the great importance attached by the two countries on bilateral relations,” Xi said.

China’s military and Foreign Ministry repeated the threat Monday of “strong and resolute countermeasures” against the U.S. if Speaker of the House Nancy Pelosi follows through on her reported plan to visit Taiwan.

“Ready to battle, fight on command,” the Eastern Theater Command of the Chinese People’s Liberation Army (PLA) said Monday night on its official WeChat social media account. It vowed to “bury all the enemies that come to offend us, move forward towards victory.”

A high-profile corruption scandal involving China’s biggest semiconductor investment fund continues to widen, with another executive at a company that runs the government-backed institution said to be under investigation, Caixin learned from multiple sources familiar with the matter.

The probe into Yang Zhengfan, deputy head of an investment division under Sino IC Capital Co. Ltd., which manages the China Integrated Circuit Industry Investment Fund, may be linked to the case involving ex-Sino IC Capital president Lu Jun, Caixin has learned. The sources did not elaborate on Yang’s suspected transgressions.

Activity in China’s manufacturing sector expanded for the second straight month in July — albeit at a slower pace — on the back of easing Covid-19 restrictions, a Caixin-sponsored survey showed Monday.

The Caixin China General Manufacturing Purchasing Managers’ Index (PMI), which gives an independent snapshot of the country’s manufacturing sector, slipped to 50.4 in July from 51.7 the previous month. A number above 50 signals an expansion in activity, while a reading below that indicates a contraction.

China released a new set of guidelines for green bond issuance to create a unified framework for a fast-growing market plagued by differing standards.

The People’s Insurance Co. (Group) of China Ltd. (PICC) is set to promote its head of technology, Zhang Jinhai, to vice president, sources with knowledge of the matter told Caixin.

Editorial: China has to address its shrinking population

Housing sales in China failed to notch a third straight period of month-on-month gains in July, despite government efforts to shore up demand for housing, a real estate industry consultancy said.

Total sales of 100 of the country’s top property developers fell 28.6% from the previous month to 523.1 billion yuan ($77.4 billion), a reversal from June’s 61.2% gain and May’s 5.6% increase, according to data released Sunday (link in Chinese) by China Real Estate Information Corp. (CRIC).

China plans to extend a tax exemption on electric-vehicle (EV) purchases, according to a State Council meeting held Friday, in a move that is likely to be a boon for the auto industry.

The move marks a U-turn from the government’s previously announced plan, under which an exemption on the 10% EV-purchase tax would expire at the end of 2022.

China named a top aerospace expert to lead its powerful Ministry of Industry and Information Technology (MIIT) after the previous chief came under investigation on allegations of corruption.

Jin Zhuanglong, 62, was named the Communist Party secretary of the ministry, which oversees sectors including the internet, telecommunications, new energy vehicles, big data and other technology industries, the MIIT Friday said at a meeting.