CX Daily: Where to Now for Alibaba in the Post-Jack Ma Era? 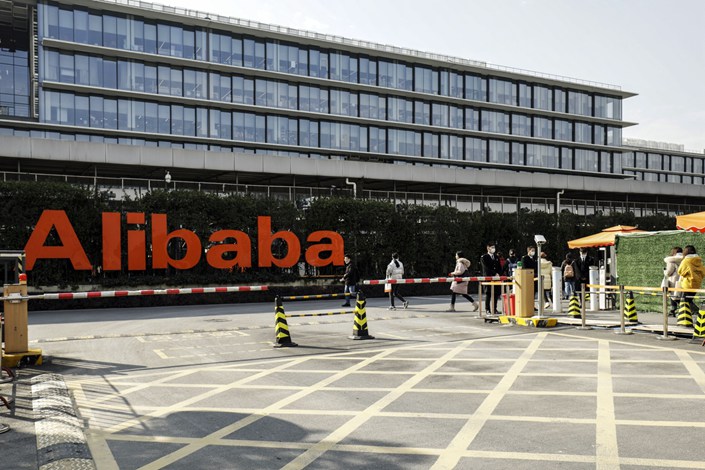 Cover Story: Where to now for Alibaba in the post-Jack Ma era?

Chinese billionaire Jack Ma, who has rarely been seen in public since irking the government with harsh comments about regulators in 2020, made headlines recently by giving up controlling rights in the company he founded, Ant Group Co., operator of the most popular digital wallet in the world.

Then, as if on cue, the government just days later announced it was bringing to an end the more than two-year crackdown on the sprawling internet sector, which had scuttled Ant’s massive $37 billion IPO in November 2020 and led to the delisting of ride-hailing giant Didi Global from New York five months after its debut.

The Congress Center at the Swiss Alpine resort in Davos was again lit up in winter as the World Economic Forum (WEF) brought its annual in-person meeting back to a January slot for the first time since the beginning of the pandemic.

A looming recession, energy transition, geopolitical risks, and climate change will be at the top of the agenda for this year’s gathering, which brings together over 2,700 leaders from government, business and civil society to discuss the most pressing global challenges.

A surge in severe Covid cases across China has led to panic buying of an antibody-based medication used to ward off infection, Intravenous Immunoglobulin (IVIG), causing supplies to tighten and prices to skyrocket, patients and medical sources told Caixin.

There was already a nationwide shortage of IVIG at the end of last year, said Zheng Yin, a patient with an inherited immune disorder, and the problem has continued to worsen this month, with the price per dose now as high as 5,000 yuan ($746), compared with an average of 800 yuan in late December.

For the first time, China included the digital yuan in its calculation of the amount of currency in circulation in December, a first among countries that have adopted a central bank digital currency.

The People’s Bank of China (PBOC) will promote the research and orderly development of the digital yuan and include future issuance of the digital currency in financial statistics, Deputy Governor Xuan Changneng said Friday at a press conference.

In 2020, governments of all levels in the South China province allocated 30.3 billion yuan to Covid-19 containment measures. That figure increased to 45.4 billion yuan in 2021 and 71.1 billion yuan last year, according to reports published by the provincial finance department.

An ex-chairman of Hong Kong- and Shanghai-listed New China Life Insurance Co. Ltd. has been unreachable for more than a month, Caixin learned.

Wan Feng, 64, has been unreachable since around mid-November, which is likely related to how the state-owned insurance major invested its funds during his tenure as chairman from 2016 to 2019, industry insiders said.

China launched multiple initiatives in 2022 to kick-start idling property developments and lift their developers from a funding drought, but at the end of the year only 21% of the country’s stalled projects had fully resumed construction, according to a recent survey.

The figure is a sign of the challenges that began with an industrywide credit crunch two years ago and continue to hinder debt-laden developers and local governments in 2023 as they attempt to restore confidence in the real estate market.

Boeing Co.’s 737 Max finally returned to commercial service in China after a nearly four-year absence, a major boost to one of America’s top exporters in its most important foreign market.

China Southern Airlines Co., the country’s largest airline, operated the service Friday using the first 737-8 Max that Boeing delivered to it in November 2017. A Chinese airline hadn’t flown passengers on a Max since the model was grounded in March 2019 following crashes in Indonesia and Ethiopia that killed 346 people.

Exports of new-energy vehicles (NEVs) from China more than doubled in 2022 to a record, largely buoyed by Tesla Inc., which is turning its Shanghai plant into its primary export hub, and homegrown carmakers who are pushing deeper into the European market.

China exported 679,000 NEVs in 2022, up 120% from a year earlier, according to a report released Thursday by the China Association of Automobile Manufacturers (CAAM). NEVs include purely electric vehicles, plug-in hybrids and hydrogen fuel-cell vehicles.