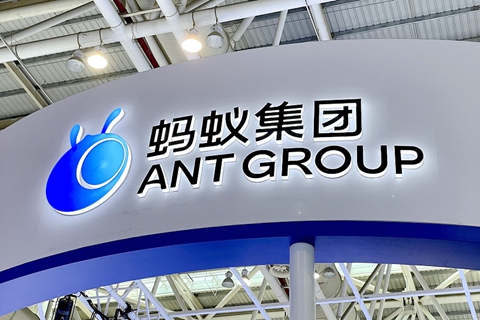 Observers are curious about whether Ant Group will revive IPO plans and how it will go about getting licensed as a financial holding company. Photo: VCG

In Depth: The questions hanging over Ant Group

Following the startling suspension of its would-be record-setting $34.5 billion IPO in November 2020, the fintech company was plunged into an extensive restructuring that has been ongoing for the past two years as regulators clamp down on misconduct in the industry.

Ant Group’s business, operations and management all went through tremendous changes, including decoupling the company’s highly lucrative consumer lending business from its payments service Alipay and improving its corporate governance.

The commercial relationship between China and the United States is more robust than people give it credit for, said Peter Grauer, chairman of Bloomberg LP, in Davos.

As the world’s two largest economies, the U.S. and China have to find ways to work together, despite their differences, or the global economy will suffer, Grauer said in an interview with Caixin during the annual meeting of the World Economic Forum (WEF) in the Swiss Alpine resort.

Beijing’s Communist Party deputy chief and acting Mayor Yin Yong was named mayor of the capital Thursday in a shakeup of municipal leadership.

The 16th Beijing Municipal People’s Congress, the city’s legislature, elected Yin as mayor and eight others as vice mayors at its first session, which ended Thursday, the state-run Xinhua News Agency reported.

Yellen hints at Beijing visit after meeting with Liu in Zurich

Chau, founder and former chairman of Suncity Group Holdings Ltd., once Macao’s largest junket operator, was found guilty Wednesday on 162 charges, including one of criminal association and 103 of “illicit gambling operations at a licensed place.”

A joint cancer treatment study by researchers in Beijing and Amsterdam became the first project to pass a data export assessment by Chinese regulators since a strict regime governing the transfer of information abroad took effect four months ago.

The approval was the first for a transfer of information to a foreign entity, the Beijing office of the Cyberspace Administration of China (CAC) said Wednesday on social media. The statement said a request by Air China Ltd. to export data was the second to be approved.

The Shanghai-based startup previously planned to sell shares domestically. It filed for an IPO on Shanghai’s Nasdaq-like STAR Market in 2021 to raise 2 billion yuan ($296 million) but withdrew the application two months later.