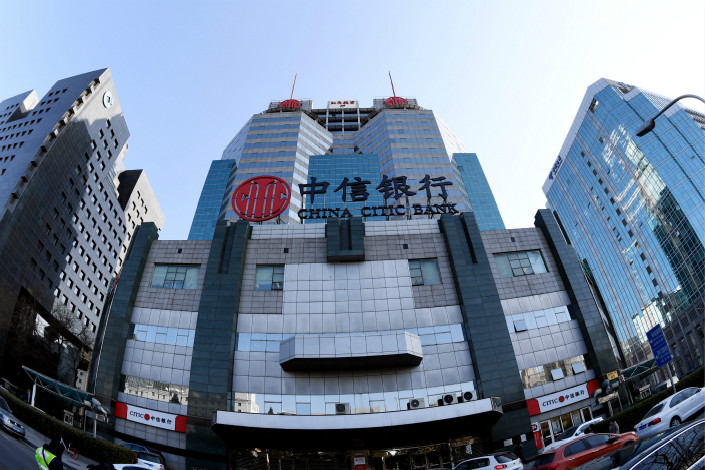 Citic Bank’s moratorium on offering mortgages larger than 2 million yuan is another sign that banks are growing more cautious about the real estate market. Photo: VCG

The suspension is another sign that banks are taking a more cautious stance toward the real estate market amid a government campaign to cool property prices and impose tougher financial oversight on consumer lending to control financial risks.

An employee with Citic Bank, one of the country’s biggest lenders in terms of assets, confirmed the move on Wednesday and said the decision was made by the bank itself.

A source close to the Beijing branch of the People’s Bank of China told Caixin that the central bank has not imposed any requirements regarding real estate loans, and commercial banks can make their own decisions on mortgage lending. He said that Citic Bank’s decision to suspend housing loans was a consequence of tighter regulation on off-balance-sheet financing, which may have affected its on-balance-sheet lending.

A source with a joint-stock bank said that during the property boom people were not only taking out mortgages but also consumer loans (to raise money for down payments), which created chaos in the market. Halting mortgage lending would prevent people from borrowing from the bank to speculate on property, he said. From a broader economic perspective, the tighter regulatory environment and stronger supervision has made banks more cautious about real estate lending.

Concern about financial risks stemming from rapid growth in consumer and mortgage lending has prompted regulators to step up supervision of credit flowing to households. In January, the China Banking Regulatory Commission (CBRC) listed controlling household leverage as one of its main tasks for 2018 and also indicated that it would continue to subject banks to high levels of scrutiny over funds they provide to the real estate sector.

The CBRC’s campaign is part of a broader government policy to defuse major financial risks over the next three years in line with decisions made at a key economic meeting chaired by President Xi Jinping, which concluded in December.

In China’s financial hub of Shanghai, the commission ordered commercial banks to tighten control over lending for acquisitions in the property sector in late January.

Caixin’s study of CBRC statements shows the commission handed out 16 fines in the first two months of this year relating to misconduct in extending loans to real estate developers for noncompliant housing projects and providing short-term consumer loans that were used to make down payments on homes.