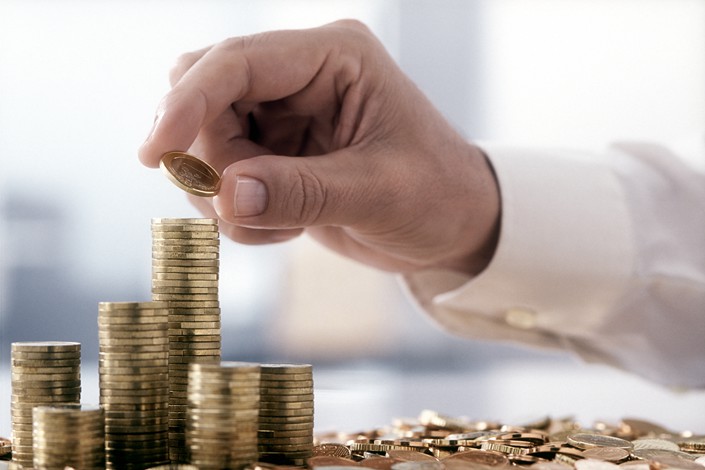 (Beijing) — The shake-up of China’s $16 trillion asset management industry continued last week, with regulators releasing more-detailed guidelines that analysts say will ease concerns about the potential negative impact on liquidity in the economy as financial institutions rush to comply with sweeping new rules released in April.

Domestic markets responded positively. The benchmark Shanghai Composite Index surged 2.1% on Friday afternoon as speculation about the imminent release of the guidelines mounted, the first gain in six trading days. The index rose again on Monday, fueled by the central bank’s injection of funds into the interbank market, and on Tuesday, closing at 2905.56, the highest reading in more than a month.

The latest draft rules on wealth management business, released by the CBIRC, are “looser than expected,” a sign that the regulatory environment is easing, said Tommy Xie, head of Greater China research at Singapore’s OCBC Bank.

They demonstrate regulators’ “flexibility to balance between de-leverage and stable growth against the backdrop of (a) dramatic shift of funding structure and rising uncertainty in the global economy,” Xie wrote in a report on Monday.

The central bank’s document emphasizes that financial institutions should be given more flexibility in how they adjust their operations to comply with April’s rules, which were aimed at reining in off-balance-sheet “shadow banking” activities that are increasingly seen as a risk to financial stability. Although the regulations gave financial institutions a grace period until the end of 2020 to comply with the new framework, local regulators had been pushing banks to move faster, especially on the issue of investing in nonstandard debt assets (NDAs). Friday’s guidelines explicitly allow institutions to move at their own pace.

They also give financial institutions more flexibility on the types of investment they can make using funds raised through the sale of asset management products (AMPs), and on the methods banks can use to value some of their wealth management products (WMPs). The central bank also hinted that during its quarterly assessment of commercial banks’ credit risk exposure, it will loosen some requirements on lenders who are moving off-balance-sheet assets back onto their books.

Hours before the central bank’s statement, the CBIRC published long-awaited draft rules (link in Chinese) on the lucrative $3 trillion wealth management business of the country’s commercial banks. The CSRC issued draft regulations (link in Chinese), shortly after the PBOC’s release, proposing to ban securities firms and fund managers from providing “channeling” services. This is a type of intermediary service that enables clients, mostly banks, to circumvent a range of restrictions, including a limit on the types of projects banks can lend to.

Friday evening’s deluge was aimed at clearing up confusion that followed the publication of a long-awaited overhaul of the asset management industry in April.

Some financial institutions scrambled to offload assets while others held back to wait for more details on how to implement the rules. The chaos added to a deepening liquidity crunch in the financial system that was fueling a slump in the stock market and a squeeze on funding in the interbank market.

The increasing signs of financial distress in the economy, coupled with a worsening external environment stemming from escalating trade tensions between China and the U.S., led to growing calls for authorities to slow down their debt-reduction campaign and strike a better balance between deleveraging and protecting economic growth.

The PBOC’s guidelines suggest that April’s regulations have been relaxed on several key issues, according to some analysts and asset managers interviewed by Caixin.

A key clarification involves the investment of publicly offered AMPs in one of the most opaque corners of shadow banking –– NDAs. These are off-balance-sheet, illiquid long-term assets that are not traded on official exchanges, and they include loans to companies stipulated by regulators as off-limits: real estate developers and LGFVs.

April’s regulations didn’t give specific guidelines about investments in NDAs by AMPs offered to the public, but many local regulators interpreted this as a ban and began to enforce it. Friday’s statement stipulates that such funds can be invested in certain types of NDAs as long as they meet requirements on maturity management, quota limits and information disclosure.

“The central bank’s notice corrected the misunderstandings and should stabilize market liquidity in the short term,” the head of the asset management department of a large brokerage house told Caixin.

But limits have been set –– the CBIRC and CSRC imposed quotas on NDA exposure for institutions under their respective oversight. The CBIRC capped outstanding NDA investments for banks using funds from WMP issuance at 4% of total assets. The CSRC set the ceiling for securities firms and fund managers at 35% of the combined net asset value (NAV) of their AMPs, and imposed a limit of 30 billion yuan ($4.41 billion) in a single NDA.

The PBOC also appears to be cutting banks some slack in its quarterly Macro-Prudential Assessment (MPA) of banks, a framework that monitors banks’ financial strength, key balance sheet metrics, liquidity and risks. The central bank’s guidelines say it will “reasonably adjust relevant parameters” in the MPA to encourage lenders to move NDAs back onto their balance sheets.

“Strict implementation of the new AMP rules would mean banks stop investing in NDAs after old ones mature, and would have no incentive to move them back onto their books,” which could lead to a cash crunch for some borrowers, the asset manager of a joint-stock bank said. “This change is mainly aimed at shielding borrowers from this kind of squeeze.”

Requirements have also been relaxed on the phasing out of some types of asset management products, labeled “old” AMPs, that do not comply with the April rules.

In the April rules, institutions were only allowed to sell “old” AMPs to roll over investment in assets that had not matured. But under Friday’s guidelines, they will be allowed to issue “old” AMPs to raise money to invest in new assets during the grace period in order to meet the financing needs of national strategic projects, major facilities already under construction, and small and midsize enterprises. But the PBOC also imposed a condition that the overall value of the “old” AMPs must not increase, and its investment portfolio must mature by the end of 2020.

The relaxation “actually intends to benefit borrowers such as local governments and the LGFVs,” a manager with the asset management department of another joint-stock bank told Caixin. Local authorities are paying close attention to this loosening and will seek to list their projects as those supported by the central bank notice to access credit, he said. But he doubted whether financing conditions for small companies would improve much as banks remain cautious about lending to the sector.

The PBOC also rolled back April’s ban on the use of amortized cost accounting to value most types of AMPs. This accounting method, which is used by money market funds, values an investment at its cost and assumes a constant amortization of any discount or premium over the life of the product.

While it keeps the NAV of the AMP stable, it does not take into account the impact of the fluctuating market value of the portfolio of assets wrapped in the product, and therefore fails to reflect the risks investors are exposed to.

In April, the PBOC told financial institutions they should begin to value assets in their AMPs based on their most recent market price, a method known as mark-to-market NAV.

But institutions were unhappy about the change, arguing that they could see an exodus of clients who wanted to invest only in low-risk products.

“We had to give more flexibility to the valuation of AMPs in order to make sure there was enough funding supply for bond investment and to reduce the pressure on financial institutions as they reconfigure their asset management businesses,” a source close to financial regulators, who spoke on condition of anonymity, told Caixin.