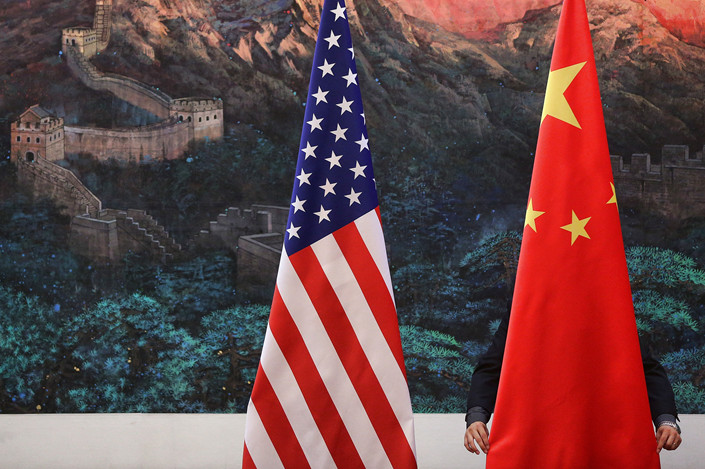 *The statement indicates talks are continuing over a dispute that has jeopardized hundreds of billions of dollars in trade, despite fears about a breakdown after the arrest of a Huawei executive

(Beijing) — China’s Vice Premier Liu He spoke on the phone with top U.S. trade officials Tuesday, in a conversation suggesting high-stakes trade negotiations are continuing despite diplomatic tensions over the arrest of a Chinese telecom giant’s senior executive.

In their phone conversation, Liu, U.S. Treasury Secretary Steven Mnuchin and U.S. Trade Representative Robert Lighthizer discussed how to implement the trade detente reached by Presidents Donald Trump and Xi Jinping at their summit on Dec. 1, according to a Ministry of Commerce statement.

They also “exchanged opinions on the timetable and roadmap for the trade negotiations,” the statement said (link in Chinese).

The statement indicates talks are continuing over a dispute that has jeopardized hundreds of billions of dollars in Chinese and U.S. goods trade. That may help ease fears on a potential breakdown in trade negotiations due to the recent flare-up in diplomatic tensions over the arrest of Meng Wanzhou, Huawei Technologies Co. Ltd.’s chief financial officer and the daughter of founder Ren Zhengfei, in Canada at the request of U.S. authorities, who want to extradite her.

Meng was taken into custody on the same day Trump dined with Xi in Buenos Aires, but the news was not reported until Dec. 5. The U.S. has accused her of fraud involving alleged violations of U.S. sanctions against Iran. She is facing charges that each carries a maximum sentence of 30 years in prison. She is waiting for a Vancouver court to rule on her bail request.

Huawei, one the world’s biggest suppliers of equipment used to build large wired and wireless networks, showcases China’s ambition to become a technology superpower. In August, the U.S. Congress passed a bill that largely forbade the use of equipment and components from Huawei, ZTE Corp. and other Chinese companies in government-backed projects. Washington is also dissuading its allies from using the companies’ equipment.

Japan reportedly plans to make changes this week to its government procurement policy that will effectively forbid the use of equipment from Huawei and ZTE in government-backed networks. Australia and New Zealand have also implemented formal or informal bans on the two firms. Leading British carrier BT Group PLC said last week it was stripping Huawei products from the core of a recently acquired network, adding it would not use such equipment in any of its own core networks in future.

China has pressured Canada and the United States for the immediate release of Meng. The foreign ministry over the weekend called in both the U.S. and Canadian ambassadors in Beijing to lodge its “strong protests” over Meng’s detention. Washington has sought to separate the case from the bilateral trade talks, insisting that Trump was not informed of Meng’s arrest beforehand.

At their meeting in the Argentine capital, Xi and Trump agreed to put threatened new tariffs on hold for 90 days as they negotiate to end a dispute over long-standing differences in trade, intellectual property rights (IPR) and industrial policy.

China has already taken several actions to address U.S. concerns. It announced on Dec. 4 that the government will begin a new crackdown on IPR infringement by the end of this month. The Ministry of Commerce said two days after that China will immediately start implementing agreements on agricultural products, energy and cars, though it didn’t elaborate.

Bloomberg News on Monday quoted unnamed sources who said that China intends to announce this month the first batch of U.S. soybean purchases, with most to be poured into state reserves.