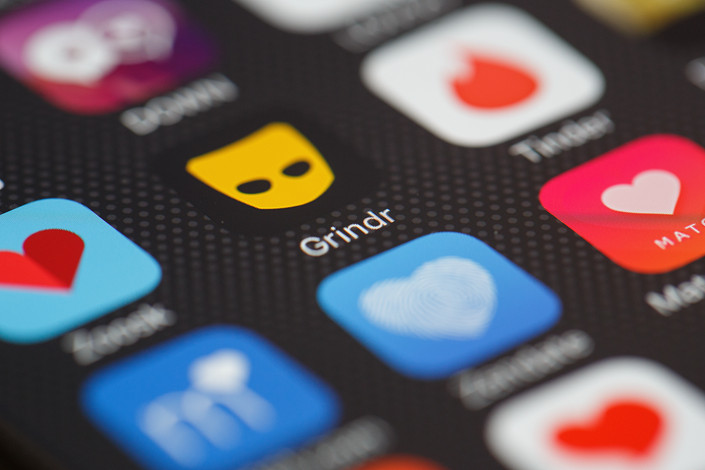 A forced sale of Grindr would mark one of the first such cases for CFIUS involving an internet asset. Photo: VCG

The Chinese owner of U.S. gay dating app Grindr said it is talking with the U.S. agency that oversees cross-border acquisitions for national security risks, after an earlier report said the agency could be aiming to force a divestiture.

The talks revealed by Beijing Kunlun Tech Co. Ltd. come less than a year after the Committee on Foreign Investment in the United States (CFIUS) got a major overhaul from Congress and President Donald Trump to greatly expand its authority. That move came as the Trump administration has become more assertive in its reviews of Chinese companies’ proposed purchases of major U.S. assets in the high-tech and financial services spaces.

Kunlun Tech made headlines when it purchased the popular Grindr in two stages in 2016 and 2017 for a combined total of about $250 million. It said at the time the move was aimed at diversifying beyond its roots as a game operator into social media.

“The company is in talks with CFIUS at the moment,” Kunlun Tech said in a Chinese statement to the Chinese securities regulator on Monday, without elaborating. “At the time of this announcement there has been no agreement with CFIUS.”

CFIUS may be trying to force a sale due to concerns about data privacy, Reuters reported last week. Chinese companies have come under regular scrutiny for their lax policies on such privacy protection in recent years, with companies often accused of taking personal information without users’ consent or using that information in unauthorized ways.

A forced sale of Grindr would mark one of the first such cases for CFIUS involving an internet asset. It would also mark one of the first times an increasingly security-conscious White House used CFIUS to undo a deal that was already consummated. Up until now, the agency has mostly used its authority to stop deals that were previously announced or being considered but had yet to close.

“It is fairly clear to me that the US government has become increasingly concerned with Chinese direct investment into critical infrastructure, critical technology and sensitive personal data that could have an impact on national security, particularly if the buyer is backed in any significant way by the Chinese government,” said one U.S.-based observer who follows such cases, speaking on condition of anonymity due to the sensitivity of the situation.

Before that veto, most of the deals being blocked were in the technology sector, especially semiconductors. One of the most recent of those saw CFIUS block the sale of U.S. microchip testing specialist Xcerra Corp. to a Chinese buyer early last year. But more recently the agency has also halted sales from other sectors to Chinese buyers, including ones involving solar farms, an interiors company and a marketing firm.