By Fran Wang and Luo Guoping 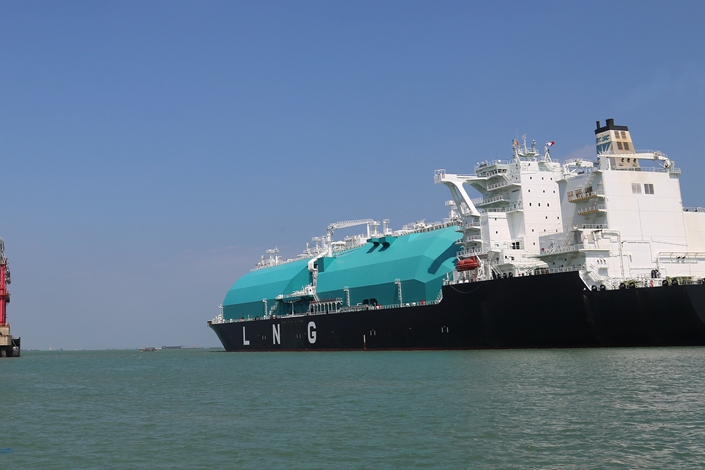 (Beijing) — China will more than double its punitive tariffs on liquefied natural gas (LNG) imports from the U.S. starting June 1, as Beijing hits back at Washington’s escalation of the bilateral trade dispute.

The additional levies on U.S. LNG will be raised to 25% from the current 10%, as one of over 4,500 product lines that will be subject to tax increases at three different margins, according to a Monday statement by the Tariff Policy Committee of the State Council, China’s cabinet.

The tariff hike comes in response to Washington on Friday further raising its additional tariffs on $200 billion worth of Chinese goods to 25% from 10% and after the latest round of high-level talks concluded at the end of last week without a deal.

The latest hike by China could effectively bar Chinese companies from buying American LNG, which may dampen investors’ interest in the industry in the U.S. and drive the price of the commodity down, commodities information provider S&P Global Platts warned.

“Effectively losing access to the single largest growing demand market may also make non-Chinese buyers shy away from further US LNG investments, at the risk that US spot LNG will begin to trade at a discount due to its lack of fungibility,” it said in a note on Monday.

China’s imports of U.S. LNG have already fallen significantly since the country started collecting the initial 10% additional tax on the commodity in September, despite a national clean energy push to contain air pollution.

Chinese imports of U.S. natural gas last winter amounted to 20.4 billion cubic feet, sharply down from 87 billion cubic feet the preceding winter, according to S&P Global Platts. This meant that China bought just 4% of U.S. LNG production in that period.

China’s natural gas consumption ballooned by 16.6% last year to 9.77 trillion cubic feet, a January report by the CNPC Research Institute of Economics and Technology said, with imports making up the lion’s share of growth as demand races ahead of domestic production.

While the U.S. is rapidly developing its ability to convert shale gas into LNG, the country so far has failed to take advantage of China’s rising demand largely due to ongoing tensions, the institute said. The U.S. accounted for just 4% of China’s LNG imports last year, while Australia was China’s biggest source of LNG with 42%, followed by Qatar and Indonesia.

Nonetheless, China has become the fourth-largest buyer of U.S. LNG after Canada, Japan and Mexico, with its purchases accounting for about 7% of total U.S. exports of the energy since 2017, data from U.S. Energy Information Administration showed.