In Depth: Why China’s Drug-Review Revamp Is Stalling 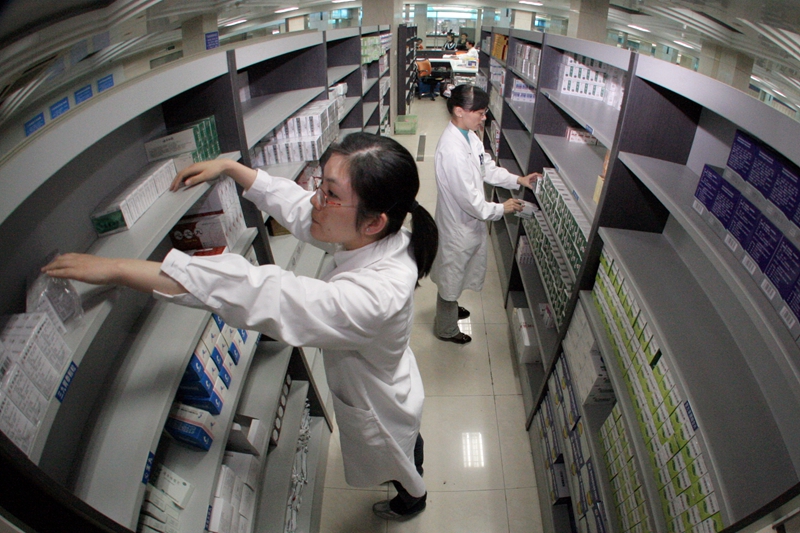 Lack of manpower slowed drug reviews by the CDE and contributed to the country’s notoriously lengthy drug-approval procedure. Photo: VCG

The Center for Drug Evaluation (CDE) of the China Food and Drug Administration (CFDA) has been struggling to pay employees since the beginning of the year after government budget cuts, Caixin has learned.

The center conducts effectiveness and safety reviews of all brand-name, generic and over-the-counter pharmaceuticals before they can be sold in China. The agency was at the center of a reform plan kicked off in 2015 to accelerate new drug approvals, enhance industry supervision and make China’s drug review system compatible with global standards. The project was part of a broader government effort to improve healthcare availability and fix a drug industry plagued by scandals such as substandard vaccines.

As the reform geared up, the CDE expanded its workforce from fewer than 200 in 2014 to more than 800 last year using global recruitment. It streamlined internal processes to speed up review and cleared a huge backlog of drug applications.

Before 2017, new brand-name drugs often took an extra five to seven years to reach the China market after their debut in developed markets because of lengthy approval procedures including clinical trials and drug evaluations. In 2018, the CDE completed its review of the U.S. drugmaker Merck & Co. Inc.’s most effective vaccine against the human papillomavirus (HPV), Gardasil 9, in eight days, shortening the overall approval period for the drug to three years.

In 2018, China approved a total of 48 imported and domestically developed new drugs, including four for the novel PD-1 cancer treatment, which uses a patient’s own immune system to destroy cancer cells.

But the CDE’s momentum slowed this year after the center failed to pay salaries to its 800 employees in January and February. The payments were made in late February and sparked concerns over the agency’s financial condition. Some CDE staffers said cash on hand could support the center’s normal operations only till August.

Fully dependent on government funding, the CDE and its parent CFDA are among government departments that face the stiffest budget cuts this year as Beijing tightens its purse strings to support massive tax cuts amid the slowdown in economic growth, Caixin learned.

Worries about the CDE’s operation swirled among pharmaceutical companies. “We have submitted our drug application for a while and have no idea when it can be approved,” said an executive of one company.

The tightening budget further restricted the center’s ability to keep its team stable and lure talent from deep-pocketed pharmaceutical companies and global rivals. Industry experts said they worried that a crippled CDE would undermine the country’s long-sought efforts to overhaul the drug supervision mechanism.

Experts have seen the CDE as a weather vane for China’s drug market reforms as it is the first gatekeeper in the government’s drug supervisory system. The agency reviews a new drug’s clinical trial records and production techniques to assess potential risks. Then come spot checks on the drug’s clinical trials and production and follow-up inspections on the effects and quality of the products.

China has long put more emphasis on the follow-up inspection to control drug quality than on the CDE review, resulting in a much smaller staff for the center. Before 2015, the center had a workforce of fewer than 200 with around 100 drug-assessment specialists. That compared with more than 7,000 drug reviewers at the U.S. Food and Drug Administration (FDA).

Lack of manpower slowed drug reviews by the CDE and contributed to the country’s notoriously lengthy drug-approval procedure, which has long been blamed for the country’s lack of new drugs and difficult access for foreign pharmaceutical companies. In 2015, the center had a backlog from previous years of more than 22,000 applications.

Calls to elevate the importance of the CDE and streamline the drug-review mechanism mounted.

“The quality of drugs should be ensured during the process of design and production, rather than follow-up inspection,” said a pharmaceutical industry expert who is familiar with the reform.

In August 2015, China’s State Council, the cabinet, issued a reform plan setting goals to accelerate new drug approvals to encourage research and development, highlighting the role of the CDE.

Two years later, another reform document regarding the review system for drugs and medical equipment was issued with more details covering the entire drug supervision system. The new document pledged to improve the drug review system and let the review procedure play the leading role in drug-industry supervision.

The documents “set up the basic framework for drug-industry supervision,” the industry expert said.

In October 2017, Bi Jingquan, then the CFDA chief, pledged that China would speed up its drug review system to match those of developed countries in five to 10 years, improving new-drug availability for the public.

Since then, a series of measures has been rolled out to streamline new-drug reviews and approvals. A senior drug review official said the reform measures have “made great progress” to improve the supervision of the drug industry and clarify the duties of different departments.

The CDE has since engaged in rapid expansion and internal reorganization, modeling itself on the FDA. In 2017, the center unveiled an ambitious plan to double its workforce to 1,600 by 2020.

Since 2015, the center paid heavily to hire four senior drug experts from the FDA as its chief scientists, including digestive system and rare disease drug expert He Euyi and biological medical expert Wang Gang.

But budget constraints have restricted the CDE’s capacity to expand as it struggles to pay competitive salaries. Sources said the average wage offered by CDE to a senior drug reviewer matches only 10% to 20% of that offered by big pharmaceutical companies.

In 2018, Wang and He left the CDE to join pharmaceutical companies. A person close to the matter said Wang and He intended to bring their experience with the FDA to improve the operation of the CDE but found that most of their ideas were difficult to implement under the current system.

The cash crunch at the CDE reflects the overall budget tightening among China’s government departments, especially the CFDA, people familiar with the matter said.

In 2019, the central government’s budget for the CFDA and its subsidiaries dropped for the first time in four years to 1.4 billion yuan, a 30% decline from the previous year.

The central government has pressed its departments to cut spending this year as growth in the world’s second-largest economy slows. The government’s coffers are under pressure after massive tax cuts to spur business. In the government work report delivered at the top legislative meeting in March, Premier Li Keqiang call on governments at all levels to “prepare for the tight days.”

The CFDA’s shrinking budget led to less funding for the CDE. An official close to the CFDA said the annual operational costs for the CDE totals around 400 million yuan ($57.6 million), while this year’s funding to the center was slashed to 270 million yuan.

After the delayed salary payment for the first two months, the CFDA decided to maintain the current workforce at the CDE but slightly reduce salaries for certain positions, the official said.

The funding shortage casts a shadow over the reform’s outlook as many detailed measures are still pending implementation such as reforms in the evaluation of traditional Chinese medicine-based injections, experts said.

Several sources close to the CDE told Caixin that the center is losing momentum and turning increasingly cautious in making new moves as concerns over uncertainties grow. The center’s changing posture has also sent uncertain signals to the industry, fueling concerns about a stalled restructuring.

“The drug review reform showed a clear direction to us that China was moving toward the international standards,” a pharmaceutical executive said. “But now it is more uncertain.”

Many industry insiders say they expect the ongoing review of the Pharmaceutical Administration Law to reinvigorate the overhaul as a draft revision is expected to include a series of measures to restructure the drug review and approval system.

Officials at the CDFA have also pledged to push forward revision of the law, the first in 18 years, to lay the legal groundwork for future reforms.

A draft revision currently open for public comment includes provisions to encourage new drug development, simplify the clinical trial procedure and accelerate the evaluation process. But experts expressed concerns that the draft doesn’t include measures to ensure investment in personnel and capital investment to support the reforms.