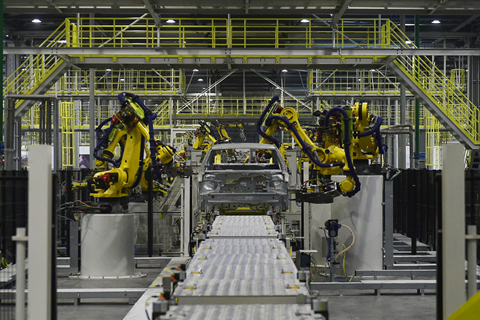 Evergrande Group, China’s second-largest real estate developer by sales, has shown its ambition in the electric vehicle business with billions dollars of investments. But heavy spending can’t inoculate the deep-pocketed developer against troubles facing most EV startups ― as well as problems specific to its own tortured entry into the industry.

Evergrande Group’s foray into electric cars may have to slow down as its plan to roll out its first models for sale this month has fallen behind schedule, Caixin learned. The start for production of battery-powered cars at a factory in Tianjin had to be postponed because of technology issues, several sources from Evergrande’s EV unit told Caixin.

Starting mass production is a challenge for most EV startups. Tesla and its China rival Nio have encountered delays in manufacturing and delivery because of limited capital, technology and production capacity. But the hurdles facing Evergrande may be higher because of its acquisition-based approach to the EV business and the resulting need for business and technology integration, analysts said.

Evergrande first sought entry to the EV market with a 2018 investment in U.S.-based Faraday Future, an electric car startup controlled by debt-ridden Chinese entrepreneur Jia Yueting. But that partnership fell into dispute and caused Evergrande millions of dollars in losses.

After that, Evergrande accelerated its search for other partners. In addition to NEVS, the developer also invested $300 million in a new venture with supercar maker Koenigsegg, bought 58% of batter maker Shanghai CENAT New Energy for 1.06 billion yuan ($155.8 million) and acquired 70% of auto parts maker TeT Drive Technology Co. for 500 million yuan. The company also poured 14.4 billion yuan into Xinjiang Guanghui Industry Investment Group for access to its auto sales network.

Before the partnership with Evergrande, NEVS started building prototypes in late 2017. It was supposed to begin mass production a year ago but missed that target.

NEVS has developed two models under the name NEVS 9-3EV, which won regulatory approval for production in 2017 and received a green light for sales in December. One model has the capacity to drive 305 kilometers on a charge and the other, 355 kilometers, according to the company. Evergrande Chairman Hui Ka Yan told media in March that the first vehicle would hit the market in June for global sales.

But several workers at the Tianjin plant told Caixin that the vehicles are still in testing and won’t be ready for mass production before late July. There are “a bunch of little problems” regarding the quality of the new vehicles, a person close to the matter said.

Evergrande NEVS also faces risks that its EV technology could become outdated as most of the core NEVS technologies such as battery and engine are not self-developed and not patented, a person close to NEVS said.

NEVS’s technology comes mainly from Swedish Saab Automotive Co., a European car company that was spun off by a well-known military and defense company and was owned by General Motors for a decade.

Nonetheless, Evergrande has remained upbeat about its EV prospects. The company launched the Tianjin EV plant in early 2018 and is set to open another factory in Shanghai by the end of this year. Evergrande also signed an agreement with the Guangzhou city government this week to invest 160 billion yuan to build factories to produce 1 million electric cars and 500 GWh of batteries a year.