5 Things to Know About the Shanghai-London Stock Connect 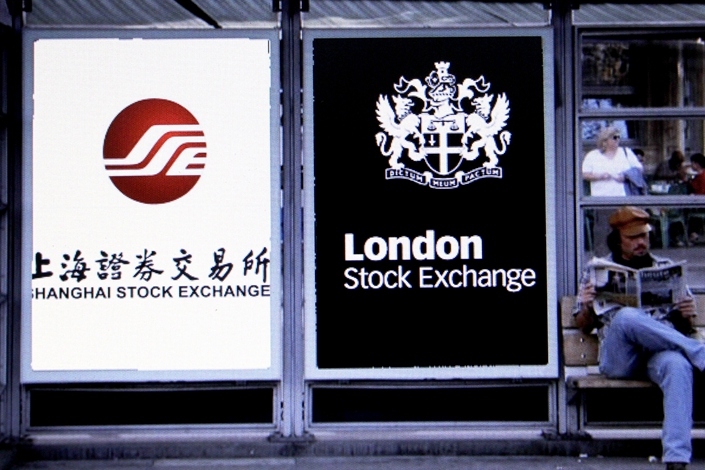 “It is more of a symbolic move than a genuine opening of a new trading market,” said one person with knowledge of the project. Photo: IC Photo

The long-awaited Shanghai-London Stock Connect program launched Monday, nearly four years after it was first considered. Here’s what you need to know about it.

What is the connect program?

The program would allow investors on the Chinese mainland to trade the stock of a foreign company in their own markets for the first time. The more international London Stock Exchange already offers investors dozens of GDRs from many different countries.

Why is this happening?

China is rushing to open up its financial markets to foreign investors — this is one measure among many others. The U.K. is trying to strengthen London’s status as an international financial center amid the huge uncertainties caused by the country’s impending withdrawal from the European Union.

The link has been packaged as part of a broader desire to strengthen bilateral ties between the two countries. The 10th U.K.-China Economic and Financial Dialogue conference also begins Monday, when Chancellor of the Exchequer Philip Hammond is hosting Vice Premier Hu Chunhua.

Are there restrictions on who can take part?

There are several. For example, only those London-listed companies with a market cap of over $20 billion that have been listed for over three years will be able to issue CDRs in Shanghai. And Shanghai-listed firms will only be able to issue a maximum of 15% of their share capital as GDRs in London.

While GDRs can represent either new or existing shares, London-listed firms can only issue CDRs for their existing shares. This is intended to prevent a siphoning off of funds from the Chinese mainland’s A-share market, a source close to Chinese regulators told Caixin last year.

Is this a game changer for Chinese or U.K. stock markets?

Probably not. People involved in the scheme, who declined to be named, said the link will probably be largely illiquid at the beginning, due in part to unresolved compatibility issues. For example, Shanghai has a 10% daily trading limit while London has none. “It is more of a symbolic move than a genuine opening of a new trading market,” said one person with knowledge of the project.

So far, just one company is using the connect — Chinese brokerage Huatai Securities Co. Ltd., which raised about $1.5 billion from investors in London last week through selling GDRs that represented about 9% of its outstanding stock. HSBC Holdings PLC has previously said it would consider a Chinese listing.

A comparable program in Germany, which allowed Chinese companies to issue depositary receipts in Frankfurt, met with a lackluster response back in October. More than half a year later, appliance giant Qingdao Haier Co. Ltd. remains the only company to have done so, and trading volumes have been low.

How else can foreign investors access China’s stock markets?

There are two main ways for overseas investors to invest in the Chinese mainland’s stock markets. The first is through the Qualified Foreign Institutional Investor and Renminbi Qualified Foreign Institutional Investor programs, which were launched in 2002 and 2011 respectively. The stock connect programs are the second. The Shanghai-Hong Kong Stock Connect was launched in 2014 and the Shenzhen-Hong Kong Stock Connect was launched in 2016.