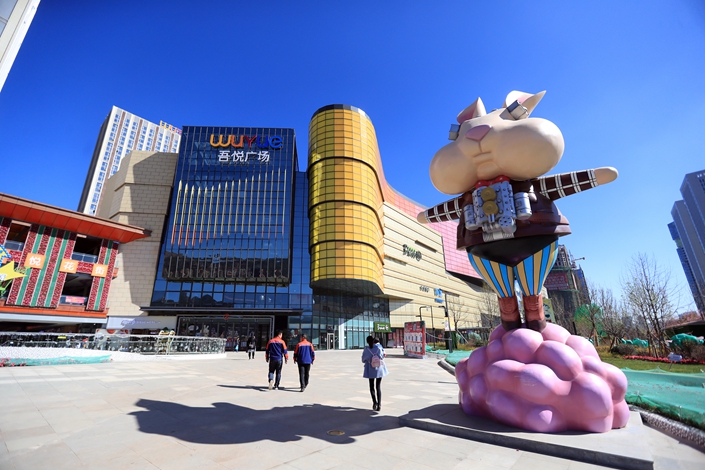 The crisis at Future Land Development Holdings Ltd., one of China’s largest real estate developers, deepened on Friday as international credit rating agencies warned of the potential impact on the company of the detention of its billionaire founder, Wang Zhenhua.

Although statements from Future Land and its two affiliates on Wednesday said operations “remain normal” after Wang was detained on allegations of child molestation, Moody’s Investors Service, Fitch Ratings and S&P Global Ratings said the incident raises the company’s financial risks and could harm its reputation, its operations and its credit ratings.

The 57-year-old property tycoon has a 71.2% stake in Hong Kong-listed Future Land, whose shares have plunged since news of his seizure by police in Shanghai emerged on Wednesday. The stock fell 6.68% to HK$6.71 (86 U.S. cents) on Friday, taking its total decline over the past three days to 36.5%.

“[T]hese events may have a negative impact on the entities’ operational and financial performance in the near term,” Fitch said in a report. “This includes the potential for a meaningful deterioration in the companies’ pre-sales and land acquisition activities arising from reputational damage. The companies’ funding channels may also be affected, although there has been no breach of their debt covenants to date. Any prolonged weakness in the companies’ operations and/or financing may result in an irreversible weakening of their credit profiles.”

As of June 30, around 34% of Seazen’s outstanding domestically listed A-shares are pledged out of the 67% equity held by entities controlled by the Hong Kong-listed company, S&P said in its report. “We see a potential risk associated with financial institutions enforcing shares pledged by the former chairman if Future Land's share price plummets for an extended period.”

In its statement to the Hong Kong Stock Exchange on Wednesday, Future Land said Wang was being “held in criminal custody for personal reasons” and had been removed as chairman. His son, Wang Xiaosong, a nonexecutive director, was taking over the position.

Moody’s said it will “closely monitor the developments of the founder’s criminal custody and the companies’ operations and financial positions. The two companies’ ratings could come under pressure, if the investigation leads to legal charges or the companies’ share prices continue to erode; thereby affecting their reputation, business operations, funding access and liquidity.”

Further declines in Seazen’s shares could put Wang’s control over the company at risk, a source from a Chinese investment bank who declined to be identified told Caixin, referring to the shares pledged by Future Land as collateral for loans taken out from securities companies. If the share price falls below the level that triggers further margin calls that cannot be met, then securities companies will be able to sell the shares, which could lead to a change of control of the company, the source said.

On Friday, Seazen Holdings released a statement via its official WeChat account describing the incident as a crisis for a public company and expressing its “deep regret” for any pain and suffering caused to the victim and the victim’s family. It also apologized for the adverse publicity and negative market impact.

Founded in 1993 in Jiangsu province in eastern China, Seazen accounts for most of Future Land's operations. It was dubbed “Little Wanda” because its development model was similar to that of Dalian Wanda Group Co. Ltd., the Chinese conglomerate founded by Wang Jianlin that expanded rapidly based on a high-leverage model only to see itself accumulate too much debt and be forced to sell off many of its investments.

After listing in Shanghai in 2015, Seazen expanded at a breakneck pace. Its sales in 2018 were 221.1 billion yuan ($32 billion), a nearly sevenfold increase on the 31.9 billion yuan it reported in 2015. The developer, which ranked outside China’s top 20 in terms of sales in 2015, rose to become the eighth largest.

Just as Dalian Wanda had its flagship Wanda Plaza commercial complexes across major Chinese cities, Seazen has its own version called Wuyue Plaza. By the end of 2018, the company has a total of 42 Wuyue Plaza complexes, and had aimed to increase the total to 100 by 2020.

But the speed of its expansion also led to rapid debt accumulation. At the end of 2018, Seazen had racked up total debts of 279.4 billion yuan, up from 53.9 billion yuan at the end of 2015. For the past three years, the company has had a debt-to-asset ratio of over 82%, which rose to 88.5% at the end of the third quarter of 2018, higher than most large developers. A debt-to-asset ratio of 80% is considered a “red line” for real estate companies.