By David Kirton and Li Liuxi 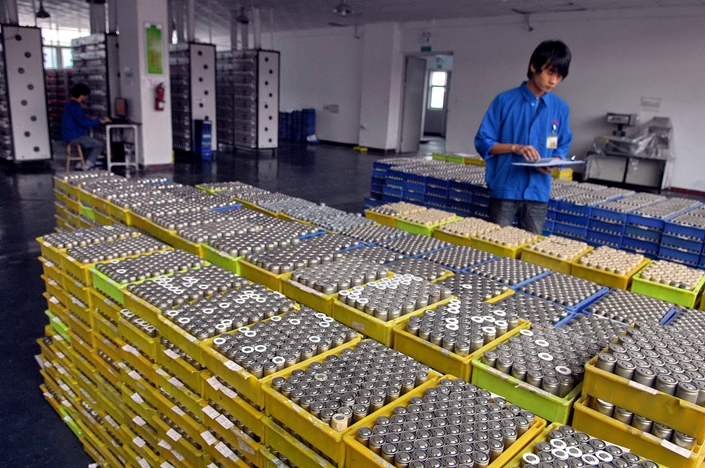 Growing competition and falling prices are sapping the competitive power of Chinese companies that make batteries for electric vehicles, with at least one firm partially withdrawing from the competition before its losses lead it to being delisted.

The Shenzhen-listed Sichuan Chengfei Integration Tech Corp. Ltd., which also produces industrial tools and dyes, is transferring its majority stakes in three lithium production and research subsidiaries to two entities controlled by the government of the Jiangsu province city of Changzhou, it said in a filing (link in Chinese) with the Shenzhen Stock Exchange on Wednesday.

Sichuan Chengfei initially saw strong profits from its electric battery businesses thanks in part to generous government subsidies offered to help spur the development of China’s electric-vehicle industry. Yet growing competition and reduced technological costs led lithium battery prices to drop an average of 25% in 2017 and another 30% in 2018, with the gradual withdrawal of state support also hurting many battery producers’ bottom lines.

Facing being delisted from the Shenzhen exchange if it chalked up a third year of losses, the company reduced its majority stakes in its lithium businesses so that these subsidiaries’ losses wouldn’t be included on its final balance sheet.

The electric-vehicle battery industry is now facing further pressure due to weaker sales than many had expected in the first half of 2019. “Except the top two players, CATL and BYD, the utilization rate of [batteries from] other producers is low,” said Daniel Chen, a battery metals analyst at consultancy CRU.

In industry jargon, the “utilization rate” refers to how widely a battery is used by carmakers.

“The whole industry is facing increasing pressure, and second/third tier battery makers are in a dilemma: stop investing and lose market share, get out of the business, or keep pouring money in, building new plants, trying to get orders — but it is very difficult,” Chen said.

Pressure may soon increase if more foreign competition enters the market. Last month, the Ministry of Industry and Information Technology announced that it had abolished a list of recommended domestic battery suppliers as part of a push to allow a more level playing-field now that the industry has reached a certain level of maturity.

A previous version of this story incorrectly stated that lithium battery prices fell in 2018 by an average of 25%. That figure was actually for 2017.