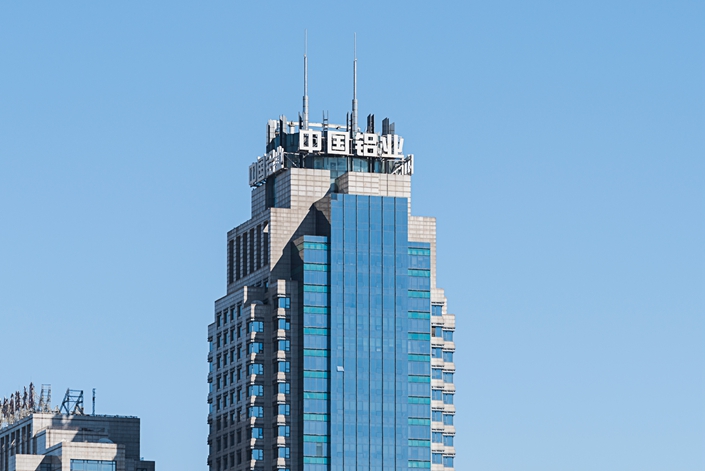 The world’s largest aluminum group galvanized its profits in the first half of the year, attributing its success to sweeping reforms, although high debt levels remain a burden on its books.

Aluminum Corp. of China Ltd. (Chinalco) saw its net profits soar by 40% year-on-year in the first half of 2019, it reported on Monday. Based on last year’s complete figures, this meant it raked in 2.36 billion yuan ($340 million). Revenue exceeded 170 billion yuan.

China’s aluminum industry is still recovering from a difficult 2018, when low global prices and limits on production squeezed many aluminum-makers. Yet in the first five months of this year, producer profits were up 23.4% year-on-year, while the copper industry saw profits of 14.1 billion yuan, up 2.3% over the same period last year. Industry experts say the rises were due to the closure of excess capacity bringing supply and demand into better balance.

Yet Chinalco largely rode out the troubles afflicting the industry in part thanks to sweeping reforms to its previously bloated and inefficient structure — the product of uncoordinated expansion and an unwillingness to cut excess capacity. It has largely overhauled itself over the last three years, devolving responsibility for various aspects of its operations, Yu Dehui, the company’s general manager, told Caixin previously.

Chinalco claims to be the world’s largest aluminum company after it acquired Yunnan Metallurgical Group from the Yunnan provincial government in May last year. This also increased its heft in the production of lead, zinc and other metals. All main areas of the company made profits in the first half of 2019, it disclosed in the report, although it has not yet provided a breakdown of the financials.

Chinalco nevertheless remains saddled with heavy debts, with its asset-to-liability ratio standing at 66.12% of its 651.4 billion total assets as of the end of March. However, if equity instruments such as bond payments are included, the ratio rises as high as 83.6%. The integration of Yunnan Metallurgical Group has added to the debt pressure, even as it has helped to diversify the company’s sources of income, China Chengxin International Credit Rating Co. Ltd. said in a report last month.

A previous version of this story incorrectly reported that Chalco’s operating income exceeded 170 billion yuan in the first half of 2019. It was actually the company’s revenue.