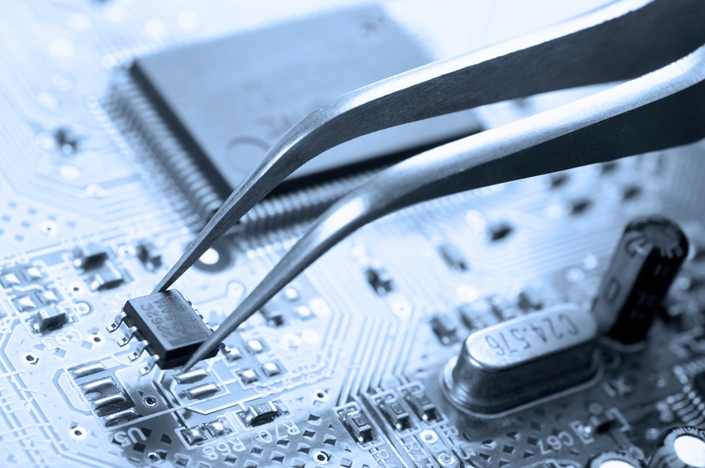 Semiconductor stocks held their gains on Tuesday, a day after they were the best group of performers on the first day of trading for China's new Nasdaq-style high-tech board. Photo: IC Photo

After semiconductor shares posted massive gains on the new Nasdaq-style high-tech board’s first day of trading, the sector’s stocks edged down on the second day.

The six firms all saw an increase of over 100% on their Monday debut on the so-called STAR Market. Anji Microelectronics performed best, rising as high as 520% in morning trade, before closing at around 400%.

The Tuesday fall in semiconductor stocks is roughly in line with the average performance of the 25 firms currently listed on the high-tech board, 21 of which dropped Tuesday after adding around 305 billion yuan to their total market capitalization on Monday.

“The price gains (of semiconductor companies) have been, surprisingly, much higher than expected,” said Sheng Linghai, research director at Gartner. He said that while these companies have some achievements, they lag behind world leaders in terms of their products and services.

Investors are betting on the future of the Chinese chip industry, as the country attempts to build up its own semiconductor design and manufacturing capabilities due to concerns over its dependence on imported chips. This has been given added urgency by the China-U.S. trade war, in particular Washington’s move to cut off the supply of critical components and services to Chinese telecom giant Huawei Technologies Co. Ltd. earlier this year.

Companies in the sector were previously more likely to get funds from a small community of investors close to the industry, Chen said, adding that STAR Market investors’ confidence in the sector will be significantly influenced by the quality of semiconductor companies that are listed on the board in future.