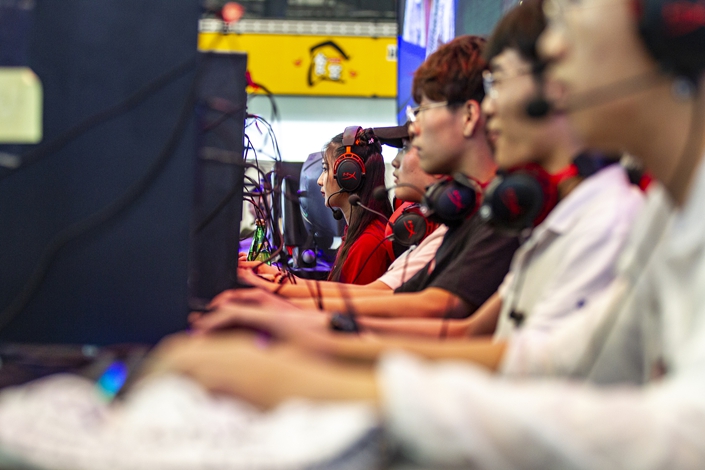 The country’s studios are stepping up efforts to expand abroad after a regulatory crackdown led to a slump in the domestic market, experts and industry executives said at ChinaJoy, China’s biggest gaming convention, which concluded in Shanghai this week.

In the first half of this year, sales of Chinese-made games — including mobile games, PC games and web games — in the overseas market rose 20.2% year-on-year to $5.6 billion, according to a report released by the official China Game Publishers Association. That’s higher than the 15.4% recorded in the domestic market.

China’s gaming industry is the world’s largest, boasting some 620 million players — almost double the entire U.S. population. But following a government reshuffle last year, Beijing froze approvals for new titles for 10 months and unveiled measures to address what it viewed as problematic levels of game addiction among young people.

For example, Chinese mobile game publishers have over 40% market share in Indonesia, and over one-third of the Indian and Russian markets, said Dai. By comparison, Chinese companies have a market share of under 25% in developed markets like the U.S., U.K., South Korea and Germany.

China is expected to lose its crown as the world’s most valuable gaming market in 2019, according to Amsterdam-based industry tracker Newzoo. The U.S. gaming market is projected to make $36.9 billion in revenue this year, followed by China’s $36.5 billion, Japan’s $19 billion and South Korea’s $6.2 billion.

Gaming giants such as Tencent Holdings Ltd. and NetEase Inc. have stepped up their overseas expansions amid the domestic regulatory crackdown. But going global is still a challenge for Chinese gaming companies because of a shortage of foreign-market knowhow. Companies are accustomed to their home environment due to Beijing’s many restrictions related to content, analysts said.

Another problem is that gaming companies are burdened with soaring advertising costs in overseas market this year due to fierce competition, which leads to low traffic, said Wang Sien, founder of gaming company Habby.