By Xue Xiaoli and Isabelle Li 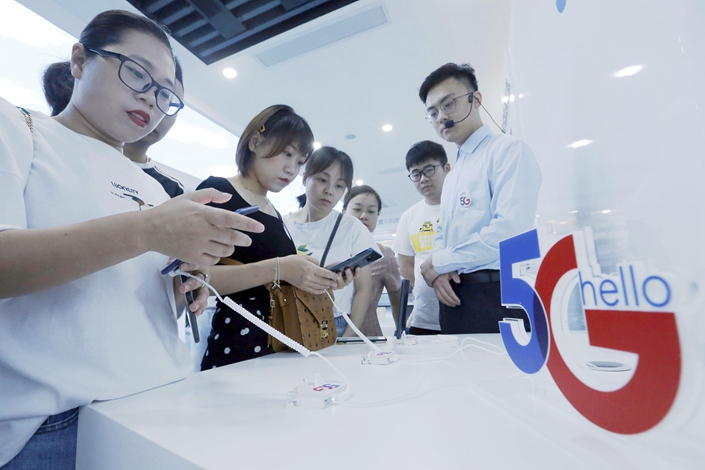 China began in June handing out commercial licenses to operate fifth generation (5G) mobile networks. But how long it will take for the new technology to reach widespread use remains an open question.

It took 11 years for 2G network technology to have 1 billion users. To hit the same milestone, it took 10 years for 3G and seven years for 4G. How long will it take for next-generation 5G technology?

At a roundtable forum Thursday in Beijing, executives and experts from network operators, equipment providers and academia tried to answer the question. Opinions varied.

Read More
China’s race to get into 5G early

In the view of ZTE Corp. Vice President Luo Wei, it will take 5G three to five years to reach a billion users. Both the 5G network itself and the devices that make use of it will have to undergo an optimization process, which will take time Luo said. However, the inevitable strong demand for the new telecommunications technology will likely accelerate its development. “The most accessible device for 5G to reach consumers will absolutely be mobile phones,” he added.

But an executive from JD Logistics Inc. estimated that it might take 5G longer to reach the 1-billion-user milestone. Because growth in the number of mobile phone users has flattened in recent years, consumer demand for 5G won’t be as strong as it was for 4G (when phone users were growing at a faster pace), said Zhe Wenming, chief software architect and head of 5G research at JD.com Inc.’s logistics unit. Zhe believes it might take at least seven years for 5G to have a billion users, he said.

China’s three biggest carriers will announce the official launch of 5G for commercial use in September, said Wang Qiming, an executive at China Unicom, one of the country’s three biggest mobile carriers. To figure out how long it will take China’s 5G market to mature, one can look at the number of 5G users at the end of this year, he said. “5G’s impact will be seen first in the corporate market, but a large-scale growth of 5G users will come from the consumer market,” he said.

5G will also bring new dynamics to the media industry, said Zhao Zizhong, head of the New Media Institute at Communication University of China. 4G has brought two significant modes of communication to mass media — livestreaming and short videos. 5G will also change mass media communication in significant ways, Zhao said. One example is in vehicles. Once 5G makes “internet of vehicles” a reality, the tremendous time spent by passengers in millions of vehicles will open a new segment of the market for the industry to compete over.