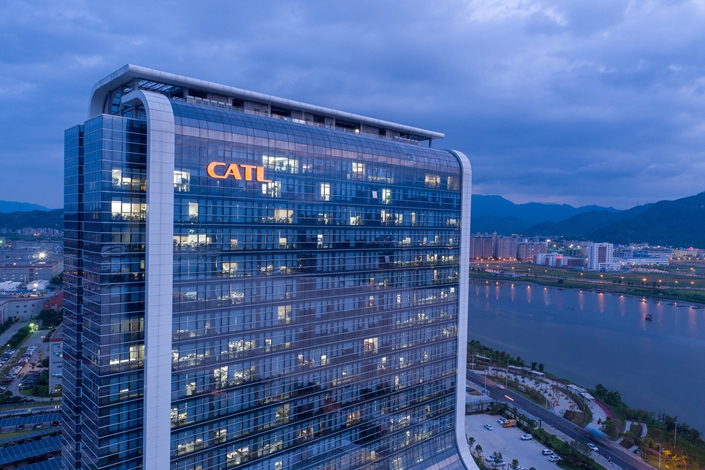 Profits of China’s largest lithium-ion battery-maker surged 130.8% in the first half of this year on the back of an electric car sales boom in the world’s largest auto market.

Contemporary Amperex Technology Co. Ltd. (CATL) made 2.1 billion yuan ($290 million) in the six months to June, up from an adjusted profit of 911 million yuan in the same period a year before, the company said in its latest financial report (link in Chinese) on Saturday. Revenue rose 116.5% to 20.3 billion yuan.

But such bumper profits could be short-lived, as the company braces ahead of imminent government subsidy cuts.

Sales of the company’s core vehicle power battery business surged 135% year-on-year to 16.9 billion yuan, driven by soaring sales of electric cars in the Chinese market, according to the statement.

Overall sales of new-energy vehicles (NEVs) in China — a category that includes pure electric and hybrid electric cars — rose 49.6% year-on-year to 617,000 units in the first half of this year, according to data from the China Association of Automobile Manufacturers.

The surge resulted in a strong demand for electric-vehicle batteries. China added installed battery capacity of 30 gigawatt-hours (GWh) in the first half this year, up 93.6% from the year before, according to the financial report, which cites government-backed industry data platform China Automotive Technology & Research Center Co. Ltd. CATL posted installed battery capacity of 13.8 GWh, accounting for 46% of the market.

China has provided generous subsidies to promote greener vehicles for nearly a decade, helping China race past the U.S. as the world’s largest electric car market in 2015.

But in an attempt to make the industry more self-sufficient after years of frequent subsidy abuse, the central government has announced it will phase out financial support by the end of 2020. The latest phase of that policy slashed subsidies for new-energy passenger vehicle manufacturers by 50% from June and electric buses from August.

The electric car market is set to contract for the rest of this year, analysts say, after a spike in purchases as many customers scrambled to buy electric cars before handouts were slashed. In July, domestic sales of NEVs fell 4.7%, the first monthly decline since January 2017.

Founded in 2011, Fujian-based CATL now is the largest electric-vehicle battery-maker in China. But the company is facing challenges from rivals that are quickly catching up, analysts said.

BYD Co. Ltd., China’s largest NEV-maker, is now accelerating its own efforts to sell electric car batteries to other carmakers. The company initially made batteries mostly for its own vehicles.