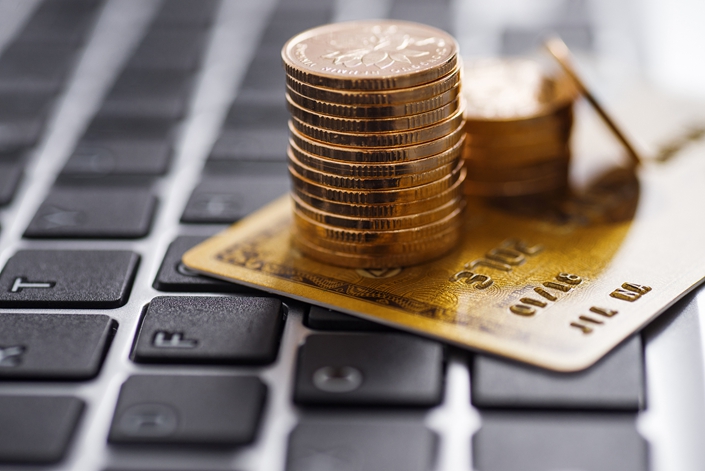 In 2018, the authorities imposed restrictions on how much of their wealth management products (WMP) banks could invest in nonstandard assets, limiting them to 4% of their total assets or 35% of the net assets of their WMP. Photo: VCG

As China’s financial institutions gear up to operate under a new regulatory regime for the 100 trillion yuan ($14 trillion) asset management industry, the authorities have clarified rules about the types of investment they will be able to offer customers.

The regulatory framework underwent a sweeping overhaul in 2018 in an effort to rein in the shadow banking sector and curb growing risks in the financial system. One of the main targets of the new rules were wealth management products (WMP) offered by the country’s banks, which at the time comprised the biggest individual segment of the market amounting to some 22 trillion yuan.

But banks complained that some aspects of the new system were unclear, in particular the definition of standard and nonstandard credit assets which are backed by debt. The distinction is significant because as part of the new system, the China Banking and Insurance Regulatory Commission (CBIRC) in 2018 imposed restrictions on how much of their WMP banks could invest in nonstandard assets, limiting them to 4% of their total assets or 35% of the net assets of their WMP.

Such assets will need to fulfill certain requirements to be identified as standard, such as tradability, adequate information disclosure, centralized registration and independent trusteeship, fair pricing and a sound liquidity mechanism, and be traded on markets approved by the State Council such as the interbank market or securities exchanges, according to the draft which is open to public comment until Nov. 10.

All other credit assets will be considered nonstandard and will face tighter regulatory oversight and requirements including limits on tenor, quotas, centralized management, as well as information disclosure, according to the draft.

Analysts from Guosen Securities said the new rules will help clarify the status of some 800 billion yuan of assets which previously were in a gray area between standard or nonstandard. They will now be considered nonstandard and will have some impact on banks but as the value is relatively small compared with the total size of the market, “(we) don’t need to overestimate the effect,” they wrote in a note.

The draft rules supplement sweeping new asset management regulations unveiled in November 2017 and finalized in April 2018. They were part of a broader campaign started in March 2017 to reduce systemic risk in the financial system and were aimed at cleaning up an industry plagued by lax supervision, high leverage and excessive risk stemming from mismatches between the duration of products sold to investors and the maturity of the underlying assets.

Although the rules were originally due to go into effect at the end of June 2019, the authorities pushed the deadline back until the end of 2020 in order to give financial institutions more time to comply.

The regulatory campaign has resulted in a 14.5 trillion yuan drop in assets classified by the CBIRC as high-risk since the beginning of 2017 and an 85% decline in outstanding wealth management products traded on the interbank market.

The country’s shadow banking assets shrank to a nearly three-year low in the first half of 2019, according to a report by global ratings firm Moody’s Investors Service. Broad shadow banking assets, including entrusted loans, trust loans, bankers’ acceptances, assets funded by WMPs and loans from private finance firms, shrank by 1.7 trillion yuan to 59.6 trillion yuan, the lowest level since the end of 2016, the report said.